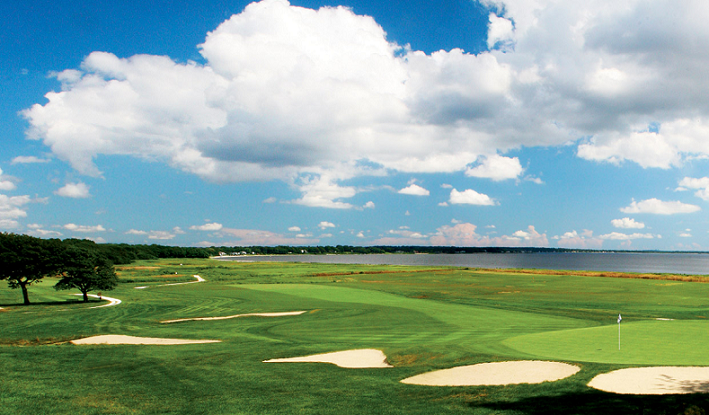 Golf Betting News
The PGA Tour is usually all business, but there are some events that are more about having some fun while giving back to the community. One of those events goes this week, when the 2-day CVS Health Charity Classic kicks off in Barrington, Rhode Island. As always, a solid field of pro golfers are expected to attend, as they play to disperse a prize fund of $1.3 million. So while we wait for some golf betting action at this week’s Greenbrier Classic, here’s a look at the CVS Health Charity Classic.

View from behind 15 at RICC, waiting for the first group to approach @CVSClassicGolf @ABC6 pic.twitter.com/tWeM5ZPqGI

This event came into being back in 1999, and has raised over $18 million for charity since then.As you might expect, this is a little bit different from your average PGA tournament, as there is a lot less pressure, and a much smaller field on display. Instead of playing as individuals, the golfers pair off into teams to compete in the stroke play event at the Rhode Island Country Club. There is also a Pro-Am event that takes place on the Sunday, while the main action kicks off on Monday. The 2-day event always sees some low scores posted, with -20 usually the mark that needs to be reached.

A big part of the fun here is that the teams are often comprised of both male and female golfers, which is not something that we get to see very often. Make no mistake, though, while this event is all about charity, the players that play want to win. The teams in this year’s field are sure to have their eyes on Steve Stricker and Bo Van Pelt, as they have won the CVS Health Charity Classic the past two years.Getting around the Rhode Island Country Club course over the next couple of days may be trickier than usual, as the area was hammered by rain over the weekend. Driving for long distances may be a little tougher, as will putting, which will mean that the teams who are the most accurate are likely to be the ones who post the lowest scores.Stricker and Van Pelt have to come in as favorites to win again, but they certainly have some tough competition this year. Billy Andrade and Brad Faxon, both of whom host the event, will be a formidable pairing, as will Bill Haas and Webb Simpson. There are only 10 teams competing, and every one of them has a solid shot at posting a low score and taking the title. The important thing here, though, is the charitable side of the game, and it is that which makes everyone a winner at this event.
Older post
Newer post