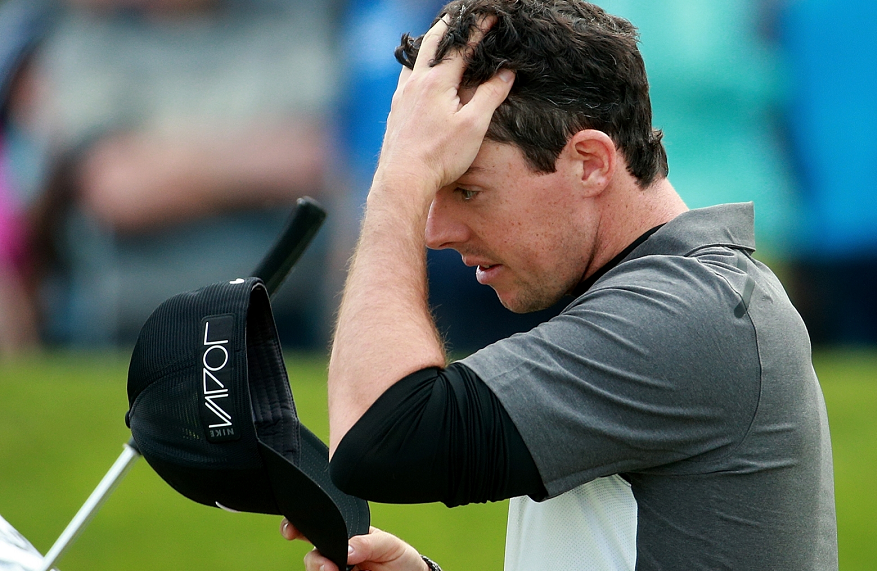 Golf Betting News
It’s been 61 years since the defending British Open champion did not return to take part in the tournament. Who was it then? Ben Hogan, the American who only played in one British Open, back in 1953 when the tournament was at Carnoustie. Flying to Great Britain was a much tougher task in the 1950s, and Hogan elected not to return. Who is it now? Rory McIlroy (who happens to make his home in the British Isles). Why isn’t he playing? Because he was playing soccer with some buddies and ruptured a ligament in his left ankle. At first, he thought he would be better in time to play, but then he decided that it wasn’t worth the risk of further injury, spoiling the golf odds for this event. “We are naturally very disappointed that Rory will be unable to defend his title at St. Andrews next week,” the R&A said in a statement. “Rory will play in many more Open Championships and our primary concern is for his complete recovery.”

How Will His Injury Affect Golf Betting Lines?

His replacement will be Russell Knox, a native of Inverness in the north of Scotland who will be making his Open debut. Now, Jordan Spieth will be the favorite to win at St. Andrews as he continues to pursue the Grand Slam. Spieth is only the fourth player since 1960 to prevail in the U.S. Open and the Masters in the same calendar year. “It’s hugely disappointing, especially with him and Jordan and everything that’s going on,” Graeme McDowell said from the Scottish Open. “It was looking to be a really exciting Open for all involved. I’m sure he’s really disappointed. … No one would love to stop Jordan in his tracks next week more than Rory. With the fun rivalry going on and everything, he’s going to be gutted. I saw the golf course last Saturday. I believed that Rory was rightly a favorite. I thought he’d get it done around there.” The length of McIlroy’s absence from golf is still yet to be determined. McIlroy is also the defending champion at the PGA Championship, set for the middle of August. “We want him back. Everybody does,” Spieth said Tuesday at the John Deere Classic. “It’s unlucky, it’s unfortunate, and I’m sure he’s taking it harder on himself than anybody else. But I don’t think he did anything wrong, it was just an unfortunate situation. And hopefully, he rebounds quickly and gets back right to where he was.” If Spieth does well at the John Deere Classic and carries away the Claret Jug at St. Andrews, he has a great shot to replace McIlroy as the world’s #1 player. The last #1 player to miss a major? Tiger Woods, who missed the PGA Championship and the British Open in 2008 after he had undergone knee surgery. McIlroy has never won a title at St. Andrews although he did finish third at the Dunhill Links in 2007 to earn a card on the European Tour. He also opened at St. Andrews with a 63 in the first round in 2010, but he hit an 80 the next day and settled for third. He was playing well at the U.S. Open this year, finishing with a blistering 66 in the Sunday round. If he can recover from the ankle injury relatively quickly and retain the quality of his swing, McIlroy could repeat at the PGA and maintain his spot atop the golf rankings.
Older post
Newer post