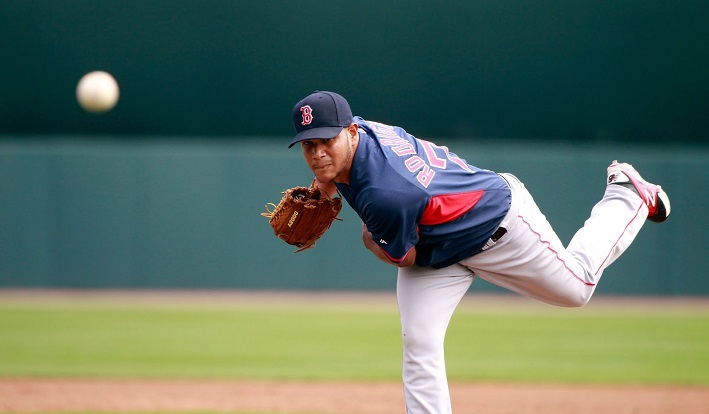 MLB Betting News
The AL East has been the tightest division in baseball all season long, but a bit of an MLB odds gap is finally starting to open between the first place Yankees and the chasing pack. The Boston Red Sox and the Baltimore Orioles are now both 5.5 games out, which makes their upcoming 3-game series all the more important. Game 1 of the series is set for Tuesday afternoon in Baltimore.The Red Sox (27-31) endured a month of May that can only really be described as a nightmare. They only managed 10 wins through the entire month, and had their pitching and hitting go off the rails at the same time. Things appearing to be looking up this month, though, and they will head into this series against the Orioles fresh off a sweep of the Oakland A’s. It looks as though the Red Sox might stick with a 6-man rotation for just a little while longer, as Eduardo Rodriguez looked pretty sharp in his first two starts. He will get one more opportunity to show off what he can do before Boston decides what to do with their starting rotation moving forward. Rodriguez (2-0, 0.61 ERA) will be the man on the mound on Tuesday as he looks to start his season 3-0.

Red Sox break out in style in biggest comeback win of season http://t.co/m9LruO5xGH

Time: Tuesday, June 09, 7:05 PM ETVenue: Oriole Park at Camden Yards, Baltimore, MarylandNational TV: NESNRadio: WEEI 93.7, WCEC 1490 AMOpening line: TBAThe Orioles (26-30) are also 5.5 games off the pace in the AL East, and it has been consistency, or a lack thereof, that has hurt them all season long. The amazing part of the story is that they are still able to stay close to the .500 mark in spite of scoring the fewest runs in the American League during the month of May. They manage to keep things close more often than not, but a lack of any real hitting power makes it tough for them to get over the .500 hump. On the bright side of things, they are coming into this series after taking 2 of 3 from the Indians. They had failed to come out on top in all 4 series’ prior to that one. The 13 runs that they scored in the 3-game set against the Indians isn’t going to set the world on fire, but it is an improvement on what they have been getting as of late. Wei-Yin Chen (1-4, 3.18 ERA) will start for the O’s on Tuesday and will be looking to get the run support that might finally get him out of a losing streak.

I don’t expect there to be a lot of fireworks in this one, as both offenses are struggling to get back on track. Rodriguez has been dominating in his first two starts, and I expect him to do well again here as he cements his place in the starting rotation.
Older post
Newer post