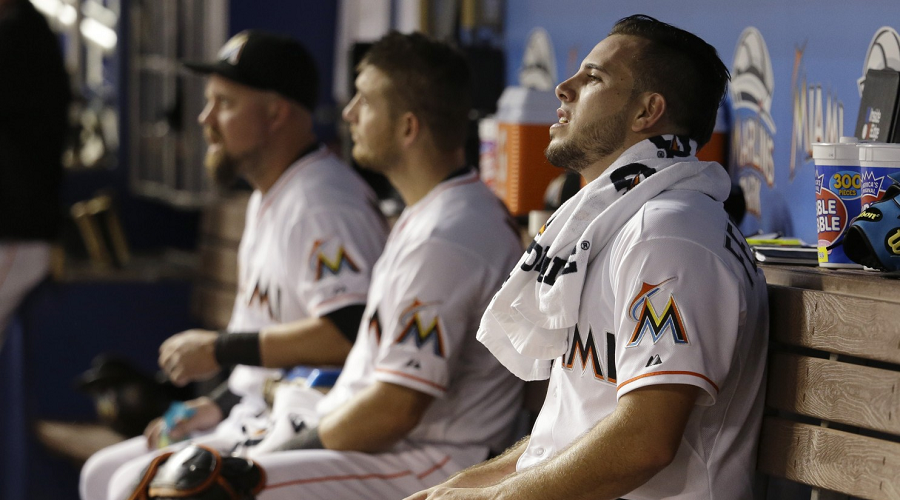 MLB Betting News
There are some teams who give the impression that they don’t really care about what the fans think, which is why they have no problem selling off their best assets and tanking the season. The Atlanta Braves don’t seem to be falling into that category, as they seem determined to finish a poor season on a high note when they may have been better served taking a run at the top draft pick. The Braves will  face the Marlins on the road on Saturday evening, and here’s the complete game info and MLB spread preview.

Date Time: Saturday, September 26th, 7:10 PMLocation: Marlins Park, Miami, FloridaGame Odds: Miami Marlins -1½+190TV: FSSORadio: WCNN 680/WYAY 106.7There has been very little for Braves (62-91) fans to cheer about this season, but they have been surprisingly good over the past week. They are on a stretch where they have won 5 of their last 6 games. They followed up a sweep of the Phillies with a series win over the division leading New York Mets.

Perhaps the biggest surprise in all of this is how good the pitching has been during this run. The Braves gave up just 12 runs over those 6 games, which is well below the average for the rest of the season. Again, no-one is getting carried away with all of this, as the rebuilding is likely to carry over into next season, which is also expected to be less than stellar. That said, a positive end to the season can take away a little bit of the bad taste in the mouths of the fans. Julio Teheran (10-7, 4.20 ERA) will start. The Braves have won each of the last 3 games he has been on the mound.The Marlins (66-87) are another team that have very much underwhelmed this season. They are going to look very different when they take to the field in 2016, as they had a bit of a fire sale at the trade deadline. This is a team that really only has a few pieces that they can build around, so it’s going to be interesting to see how much they are willing to invest in the free agent market in order to get better. The Marlins broke out of a 4-game losing skid by taking the final 2 games of their series against the Philadelphia Phillies. They, like the Braves, will want to keep that run going in order to come up with a positive finish. Justin Nicolino (3-4, 4.50 ERA) will get the start for the Marlins.

Closing Line: The Braves have been pretty awful on the road this season, but they have made a habit of winning with Julio Teheran on the mound. I like them to continue that trend by taking the win in this one.
Older post
Newer post