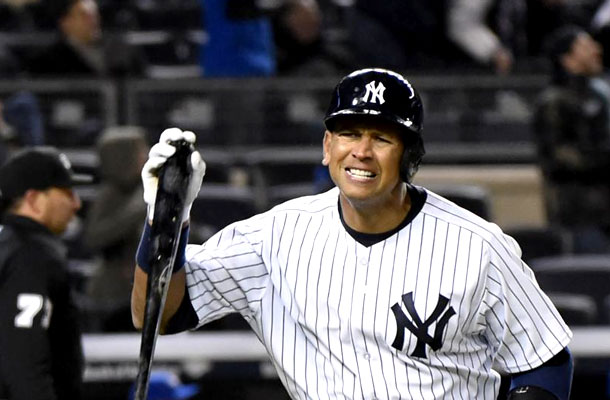 MLB Betting News
The New York Yankees visit Camden Yards for the first time this season on Monday night and the game will have in-play betting available at MyBookie.ag as it’s televised nationally by ESPN. The Orioles opened as -122 favorites on MLB odds for Game 1 of the series with a total of 7.5.

The Orioles are the defending AL East champions but were very quiet this offseason in terms of additions despite losing big-league home run leader Nelson Cruz and Gold Glove outfielder Nick Markakis to free agency. Still they are currently the +250 second favorites on baseball betting to repeat in the division with Boston at +175. The Yankees, who also were rather quiet this offseason, are long shots with Tampa Bay at +700.Entering 2014, Baltimore hadn’t won a season series with the Yankees since 1997, which was the last time the Orioles won the AL East. Last season, the Birds dominated New York to the tune of a 13-6 record, including 7-2 at Camden Yards. Cruz was a big part of that with three homers and 10 RBIs, playing all 19 games. Catcher Matt Wieters played in just three vs. the Yankees due to injury but hit .364 with a homer and four RBIs against the Bombers. However, he started the season on the DL and won’t be ready for a while. Shortstop J.J. Hardy is also on the DL and will miss this series. Baltimore’s best player, center fielder Adam Jones, hit .286 with four homers and 14 knocked in vs. the Yankees in 2014.Baltimore is scheduled to start left-hander Wei-Yin Chen. He opened this season on April 7 at Tampa and allowed three runs and four hits in 4.1 innings of a no-decision. Last season he was 8-2 with a 3.76 ERA in 15 home starts. Overall he was 1-1 with a 4.91 ERA in two starts against the Yankees. Brett Gardner likes facing Chen as Gardner is a .357 hitter with two doubles, a homer and five RBIs in 14 at-bats off him. Fellow outfielder Jacoby Ellsbury is 6-for-13 off Chen with a double. Alex Rodriguez is 2-for-10 with a homer. As this is New York’s first road game of the season, it will be interesting to see the reaction A-Rod gets off his year-long suspension and in enemy territory.The Yankees are scheduled to throw big right-hander Michael Pineda. He took a no-decision in his season debut, allowing two runs and six hits while striking out six and walking one against Toronto in a game that the Yankees would eventually win. Last year, Pineda made only 13 starts due to injury. He was 2-4 with a 2.21 ERA in six starts on the road. He was great against Baltimore in two starts (one at home and away) with a 1-0 record and 0.73 ERA in 12.1 innings. The Orioles’ Jones is 3-for-11 off him with a double and two RBIs. Chris Davis has a solo homer and three strikeouts in five at-bats.

Pineda has a better chance to dominate than Chen does so go with the Yankees as solid underdog value.
Older post
Newer post