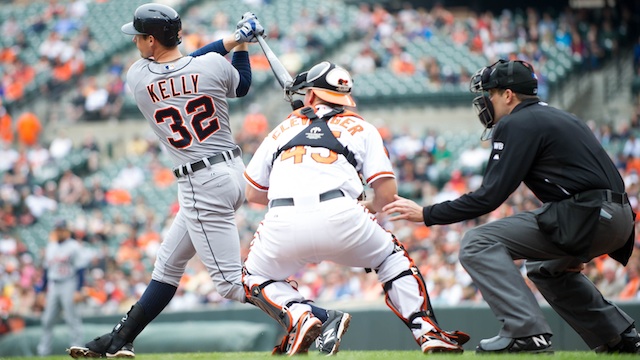 MLB Betting News
The ALDS has had some very exciting games so far, the Baltimore Orioles have surprised a lot of people with their strong play so far, and have a 2-0 lead in their series against the Detroit Tigers, and their roster of Cy Young award winning pitchers. The Series heads to Detroit for the next two games, and the Orioles will have a chance to win the series and advance to the American League Championship Series with one more victory. So let’s review the MLB betting odds and other vital info heading to this game.

The Orioles roughed up last year’s Cy Young award winner when they faced Max Sherzer in game one, scoring five runs in the 7 innings he pitched, they finished the eighth inning with 8 runs, and won the game 12-3. In the second game of the series, they Tigers played better with Justin Verlander on the mound, he gave up 3 runs in 5 innings, and left the game with the Tigers up 5-3, but the bullpen had another meltdown in the 8th inning, allowing 4 runs, which helped the Orioles clinch the game. The Tigers will be hoping things get better in the cozy confines of Comerica Park, when they play on Sunday.

The Orioles will send Miguel Gonzalez to the mound, while Detroit will send David Price, their third straight former Cy Young winner to the mound. Miguel Gonzalez is 3-2 I his last five starts, he did not allow opponents to score in his three wins, but allowed six total runs in his 2 losses. He had a good season for the Orioles, finishing with a 10-9 record, and a 3.23 ERA. The Orioles are confident in him helping them get the win on the road, because he played well in his only playoff start as a rookie in 2012, allowing only one run in 7 strong innings, which shows that he can handle the big stage. David Price is a veteran pitcher that the Tigers brought in to help them in the playoffs, and had a good regular season, finishing with a 15-12 record, and a 3.26 ERA. Price has four career starts in the playoffs, but has an 0-4 record in those starts, and has allowed 18 runs in the four games. The team will need him to be at his best in this game, because a loss means they are eliminated. The Baltimore Orioles have been hitting the ball well so far, which has helped them win the first two games, they have a big opportunity to end this series on Sunday, because they have already defeated the two toughest pitchers Detroit has, and will be facing a pitcher that has lost four straight games in the playoffs. Despite losing the first two games, the Detroit Tigers still have a chance to win this series, but they will need to play better than they did in their first two games. Playing in front of their home crowd will help, but they also need their bullpen to stop blowing leads, or make it harder for the team to come back, after allowing 12 runs in the 8th inning in their 2 games.

So far the Orioles have been a tough surprise for the Tigers. On the paper, Detroit looked like a much stronger team entering the postseason, but the playoffs always bring surprises, and having the Tigers eliminated at home in only three games could be a possibility for this Sunday night. Despite the MLB run line and having the home advantage, Detroit’s bullpen has been a liability in their first two games, and will end up costing them game 3 and the series on Sunday.
Older post
Newer post