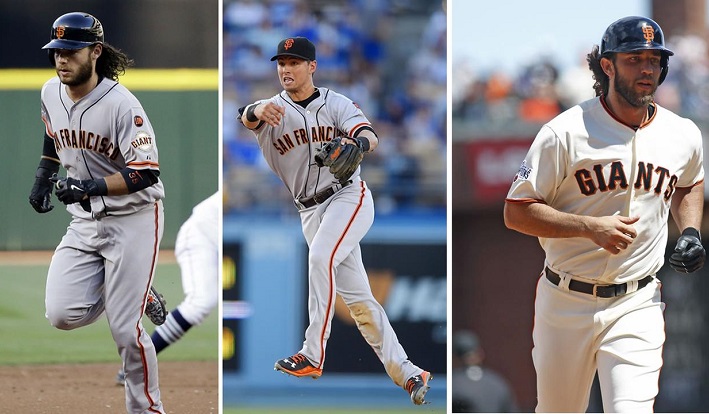 MLB Betting News
The San Francisco Giants will proudly get to wear their world championship crown until the end of the season, but whether or not they will be in a position to defend it when the time comes is something that remains to be seen. They are not going very well in MLB odds right now, but will have a chance to get a little boost before the All-Star break when they welcome in the awful Philadelphia Phillies for a 3-game series starting on Friday.

Date/Time: Friday, July 10th, 10:15 PMVenue: AT&T Park, San Francisco, CATV: CSN-BARadio: KNBR 680, KTRB 860Opening Line: Philadelphia -148The Giants (43-43) are just 2-8 in their last 10 games, and have now slipped to third in the division, 5 games off the pace being set by the LA Dodgers. Injuries to their starting rotation continue to be a concern, as both Tim Hudson and Tim Lincecum are now on the DL. All the more frustrating is that these injuries came just as they were getting Matt Cain and Jake Peavy back into the fold. Pitching is not their only concern right now, as they have to be worried about their inability to generate runs. They are not giving up a lot, but when you are only managing to get 1 or 2 runs home on a consistent basis, you are going to struggle. Madison Bumgarner (8-5, 3.34 ERA) will get the start for the Giants on Friday. The Giants have lost 4 of the last 5 games that Bumgarner has started, and have offered very little in the way of run support.It doesn’t matter what way you look at it, the Philadelphia Phillies (28-56) are far and away the worst team in baseball. This is a slide that had taken place over the period of a few years, and you really now get the feeling that they can’t sink any lower than where they currently are. During their glory years from 2010-12, the Phillies led the league in attendance, but this season, the number of fans regularly attending their home games has hit a number that is half of what it was back then. That number will only continue to decline as the number of losses continues to pile up. Friday will likely be the last time that we get to see Cole Hamels (5-6, 3.02 ERA) pitch in a Phillies jersey, as he is expected to be shipped out at the trade deadline.

As nice a story as it would be for Hamels to get a win in his last start with Philly, the odds are heavily stacked against it. I like the Giants to bounce back, and wouldn’t be surprised if they swept this series.
Older post
Newer post