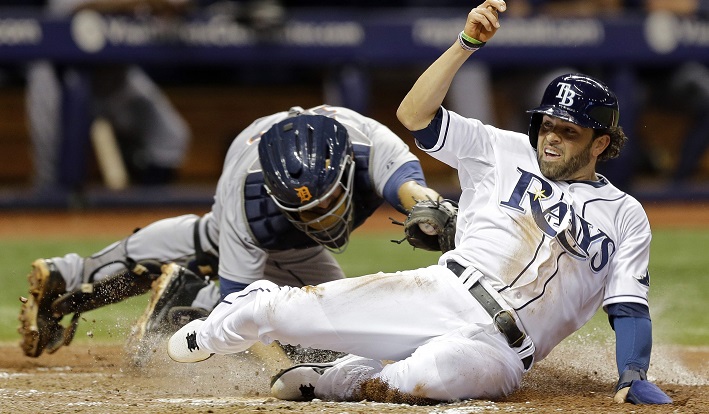 MLB Betting News
When a team falls out of playoff contention, effectively ending their baseball betting season, they have a couple of options open to them. They can stick with the players they have and allow them to just play out the string, or they can call up some young prospects in order to see how bright their future might be. The Atlanta Braves and Tampa Bay Rays are in that position right now, and they may have a few young guys in the line-up when they meet in Tampa on Tuesday night.

The Braves (51-61) are no strangers to playing AAA guys this season, as they have been sending guys up and down all year long. This isn’t really much of a surprise to fans of the Braves, as it was made clear from day one that this was going to be the start of a rebuilding period. This was a team that started the season with a mix of youth and veteran guys who had been around the ballpark a few times. Atlanta hung in there a lot longer than most people thought they would, but their lack of quality in the line-up eventually caught up with them. They were big sellers at the deadline, and they will now spend the rest of the season evaluating their young guys. Williams Perez (4-2, 4.42 ERA) will try to snap a 2-game losing skid when he takes to the mound on Tuesday night.The Tampa Bay Rays (56-56) are essentially still in the Wild Card race, as they sit just 4 games out of the final spot, but the moves made by management at the trade deadline suggest that they don’t feel that this team really has the talent to contend. There are a number of teams above them in the Wild Card who are playing very well right now, and the Rays simply aren’t showing enough to suggest that they might be able to keep up in the final few weeks. They are coming off a very nice series win against the New York Mets, but that was still only enough to take them to 5-5 in their last 10 games. Playing .500 ball the rest of the way is simply not going to be good enough to get a postseason berth. Erasmo Ramirez (8-4, 3.83 ERA) will get the start. He has not been particularly sharp in his last 3 starts, with the Rays losing each of those games.

ATLANTA BRAVESTAMPA BAY RAYSIf the Rays are to stay in the Wild Card race, these are the types of games that they need to win. I think Ramirez breaks out of his slump and helps Tampa get the win in this one.Sources:ESPN.go.com (http://espn.go.com/mlb/player/_/id/33650/williams-perez)Wikipedia.org (https://en.wikipedia.org/wiki/Erasmo_Ram%C3%ADrez_(right-handed_pitcher))
Older post
Newer post