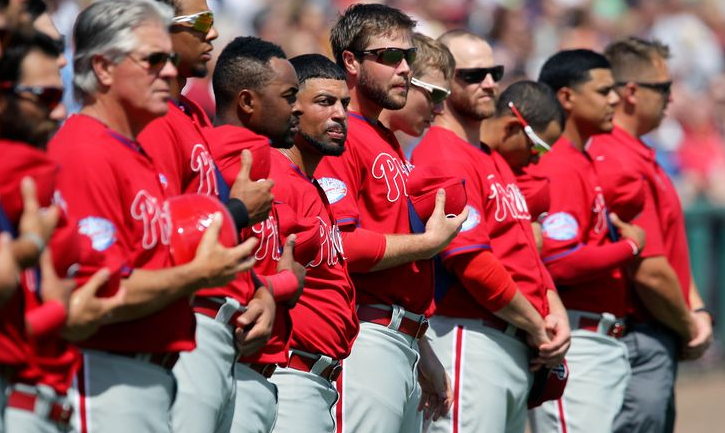 MLB Betting News
The All-Star break is looming, but so is the Major League Baseball trading deadline of July 31st. Teams are starting to consider with some more seriousness whether they are buyers or sellers, and more and more rumors are starting to circulate through the league. Let’s take a look at the latest deals that are allegedly on the table and that will have some impact this MLB betting season.The Toronto Blue Jays continue to knock the ball all over the yard and remain a major force in the American League East. Jeff Hoffman and Daniel Norris could be the key to the Blue Jays’ return to the playoffs – but not because of their play on the field. These two pitchers are the best prospects in Toronto’s farm system and could be valuable trade chips to bring in some major league pitching help, to solidify the rotation. Scouts from other teams are watching Hoffman and Norris because of the expectation that the Blue Jays will be buying.

21 homers for this guy. That deserves a hat tip. #ComeTogether pic.twitter.com/PTL6mwUYlq

As is his habit, Oakland A’s general manager Billy Beane is close to the vest. Even though the A’s are in last place in the American League West right now, this is a game of streaks, and there really isn’t a dominant team in the West yet.Houston doesn’t show the signs of a true juggernaut, and there’s a lot of baseball yet to be played. All of this to say, of course, that the A’s aren’t making any moves yet. The New York Mets have expressed interest in Ben Zobrist, but the A’s are still not shopping him yet. The Los Angeles Angels have expressed interest in A’s rightfielder Josh Reddick. However, while the A’s have been willing to trade in the division before, it’s unclear whether they will pull the trigger on this deal with the Halos.On the selling side could well be the San Diego Padres. Justin Upton, Joaquin Benoit, Shawn Kelley, Ian Kennedy and Will Venable are all in the last guaranteed years of their contracts, and the Padres could be looking to move them to contenders in exchange for some primo prospects, according to the San Diego Union-Tribune and FOXSports.com’s Jon Morosi.Cincinnati is waiting until after next week’s All-Star game to make any trades. However, closer Aroldis Chapman and right-handed pitchers Mike Leake and Johnny Cueto are expected to be available between then and July 31. Baltimore, Toronto and the Yankees have all had scouts on hand for Cueto’s latest outings, including his complete-game shutout of the Washington Nationals earlier this week. He struck out 11 and only permitted a walk and two hits.The Philadelphia Phillies keep showing in the news as sellers – particularly with lefthander Cole Hamels – but they never pull the trigger. The Phils were also heading toward a deal that would send closer Jonathan Papelbon to greener pastures to Texas, Chicago or Toronto, but then team management decided to hold on to Papelbon for now.Baltimore is looking for pitching ahead of the deadline, in either the starting rotation or the bullpen – or both, according to MASNsports.com’s Roch Kubatko. The Rangers might be looking to dump Yovani Gallardo, who has been the only consistent bright spot in the starting rotation this year in Texas. The Rangers have only won 3 of their last 17 games, as the return of Josh Hamilton has not led to a consistent team offense. The team is expecting the return of Martin Perez and Derek Holland to the starting rotation from long-term injuries, but unfortunately those players don’t bat.Sources:ESPN: http://espn.go.com/mlb/player/_/id/30195/josh-reddickhttp://espn.go.com/mlb/player/_/id/4588/joaquin-benoit
Older post
Newer post