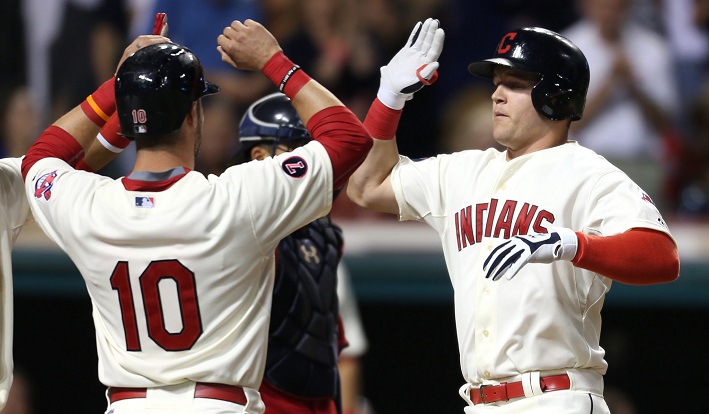 MLB Betting News
No team should be comfortable with their division lead until it becomes mathematically impossible for them to be caught. That said, when you spend a good portion of the season on top without really being challenged, a level of comfort can begin to kick in. It’s how that team reacts to a challenge that often tells you how good they are. That is what the New York Yankees are experiencing right now, and they are going to have to try and rise up when they complete a 3-game baseball betting series in Cleveland on Thursday night.

That game-tying HR is the 2,400th career hit for Carlos Beltran. #PinstripePride pic.twitter.com/B2RS1b4ehM

It wasn’t so very long ago that the Yankees (61-50) had a comfortable 6 –game lead atop the NL East, but that has now pretty much been wiped out by the Toronto Blue Jays. The lead is down to a half game now, and the Yankees are not really responding very well to the challenge. They are just 4-6 in their last 10 games, and have lost 4 game on the trot, including a 3-game sweep at the hands of the Blue Jays. They might have looked at this series as a chance to get their swagger back, but they opened up this one with a 5-4 loss in 16 innings on Tuesday night. The bats have gone incredibly cold at the worst possible time, and the Yankees must now be thinking ahead to their Toronto trip, which will come this weekend. By the time next Monday rolls around, they could well find themselves looking up at the Blue Jays. Nathan Eovaldi (11-2, 4.15 ERA) comes in with the best win percentage in the AL, but took a no decision in his last start versus the Jays despite only giving up 1 earned run.The Indians (52-59) have struggled to generate offense all season long, but it looks as though they have broken out of that slump in a big way. They scored an astonishing 34 runs against the Minnesota Twins over the weekend, and then followed that up by adding 5 more in the opening game of this series versus the Yankees. They are likely to have a tougher go of things against Eovaldi, but this is a team that has nothing to lose, so don’t be surprised to see them continuing to swing for the fences.  The Indians will want to try and make some hay at home while they can, as this series will be followed by a pretty brutal 11-game road trip. It will be Trevor Bauer (9-8, 4.06 ERA) who gets the start for the Indians on Thursday.

Having Eovaldi on the mound will certainly be a boost for the Yankees, but it will all be for naught if they cannot start generating some offense. I like the Indians to come away with another win in this one as they continue to swing the hot bats.
Older post
Newer post