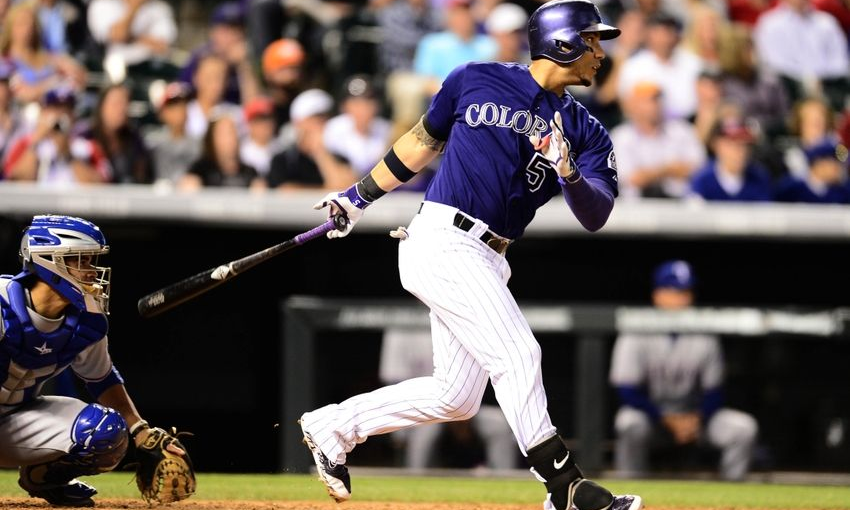 MLB Betting News
If you’re an MLB betting aficionado that is looking to either get back in the black or continue adding to your season’s earnings, then this Tuesday night MLB Hot and Not betting breakdown is just what thee doctor ordered!You see, five teams are on fire right now, covering their moneyline odds at a consistent rate – while a half-dozen other ballclubs have gone ice-cold when it comes to cashing in. In an effort to help you boost the annual baseball betting bankroll, let’s take a look at all 11 ballclubs and their recent play.

These teams have all covered the Moneyline Odds in at least four of their last five games.

The Angels (28-24SU, 23-27-2 O/U) are the only team in baseball to win five straight games heading into Tuesday night, thanks mostly to the long ball-hitting ways of Mike Trout and Albert Pujols. L.A. has scored 33 runs while giving up just 13 over the five-game stretch and swept Detroit in their four-game set that ended on Sunday.

The Twins (30-19 SU, 27-21-1 O/U) have won two straight and a red-hot seven of their last eight games overall while holding the opposition to two runs or less in half of their games during the stretch. Minnesota is getting it done both offensively and defensively in scoring 40 total runs and allowing just 23 runs over the span.

The Reds (22-27 SU, 23-22-4 O/U) may be ranked in the middle third in almost every meaningful offensive and defensive statistical category, but they’ve somehow managed to win three straight over NL East-leading Washington and four of their last five games overall. Cincy has scored eight runs in each of their last two games and 21 runs total over their last three.

These teams have all failed to cover the Moneyline Odds in at least four of their last five games.

The Tigers (28-24 SU, 23-28-1 O/U) have clearly hit a speed bump in losing four straight and seven of their last nine games overall. Detroit has allowed four runs or more in five of the losses while giving up a whopping eight runs or more in three of those contests. The Tigers are 15th in team ERA (3.87).

The Mariners (24-27 SU, 22-28-1 O/U) have lost three straight and four of five while failing to score more than three runs in each of their last six games. The M’s have allowed at least four runs in every loss and rank in the bottom third in almost every meaningful offensive statistical category including scoring (28th), team batting average (.236) and OPS (20th).

The defending AL-champion Royals (29-19 SU, 23-21-4 O/U) have lost five of their last six games to finally fall out of first place in the AL Central, a half-game behind red-hot Minnesota. Kansas City’s third-ranked scoring offense (4.67) has struggled mightily in scoring just one run in five of their last half-dozen losses while scoring just two runs in the other defeat.

The Red Sox (22-29 SU, 23-27-1O/U) have lost three straight and six of seven while allowing six runs or more in four of those losses and seven runs or more, three times. The Boston Red Sox are an undeniable mess right now, ranking in the bottom third in almost every meaningful offensive statistical category while also ranking a pitiful 28th in team ERA (4.53).

The Nationals (28-22 SU, 29-20-1 O/U) have lost three straight and four of their last five to fall into a tie for first place in the NL East wit the New York Mets. The Nats have been routed in three consecutive games by Cincinnati heading into Tuesday night, Washington has been outscored 24-14 over their last five games before getting rained out in Monday night’s series opener against Toronto.

A lot of MLB experts picked the Phillies (19-33 SU, 22-24-6O/U) to be among baseball’s worst teams and the Phils are suddenly doing their best to make those predictions come true! Philly has lost a whopping seven straight games and nine of their last 10 overall, mostly because they’re having the hardest time scoring runs. The Phils have been held to two runs or less in each of their last four games and six times over their last 10 games overall. The Phillies rank a dismal 30th in scoring (3.02 rpg), OPS (.633) and home runs (30) while also ranking 28th in team batting average (.237).So, there you have it…the hottest – and coldest – teams in all of baseball heading into Tuesday night!
Older post
Newer post