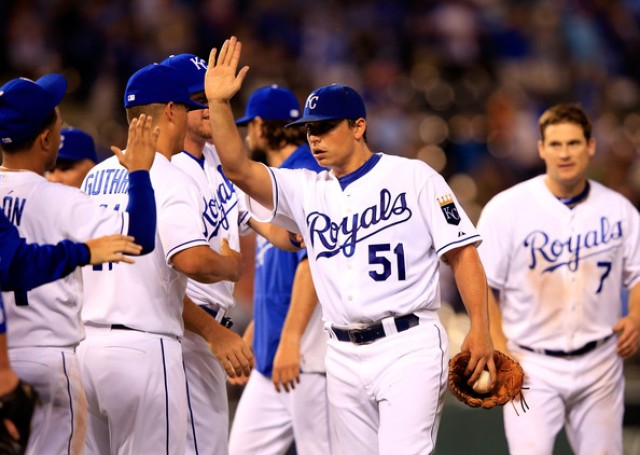 MLB Betting News
It feels as though the American League and National League Divisional Series games have just begun, yet we are already looking ahead to the next round as sweeps abound. Two of the four series are already over and set for the Championship Series, with another one potentially done tonight when the Giants play the Nationals in the Bay Area. What makes the whole thing so surprising is seeing two heavy MLB betting favorites waiving bye-bye in an early stage of the postseason (Yes, I’m talking about the Detroit Tigers and Anaheim Angels). So let’s see some of the highlights and review what we’ve seen so far in the first week of the MLB postseason, more precisely, what happened in the AL Divisional Series.

What happened to Detroit?

There was a lot of talk coming in about the fragility of the Detroit Tiger’s bullpen, with many feeling that may be the Achilles heel that prevented them from getting to the World Series. The team certainly looked weak and timid, and while they had s few moments of brilliance during the series, the Baltimore Orioles pounded them from pillar to post to sweep the series 3-0. The writing was on the wall as early as Game 1, when the O’s hammered out an 8-run inning to start tapping the first of many nails in the Detroit coffin. Losing the first game of the series 12-3 hurt the Tigers’ confidence, and getting back home holding a 0-2 record only made the task more difficult for Detroit. We saw a relatively good performance yesterday, but Nelson Cruz’s tie breaking two-run shot on the 6th inning put an end to Detroit’s postseason run “It’s disappointing. You feel like you let the fans down and you feel like you let the organization down. So it’s disappointing, no question. But there is nothing we can do about it now.” Tigers’ manager Brad Ausmus said.

What happened to the Angels?

The LA Angels were prohibitive World Series favorites coming into the postseason, but they ran into a Kansas City Royals team that just doesn’t seem to know when they are dead. The Angels’ return to the playoffs after a four-your drought had its complications since Game 1 of the series. The impression we got was all wrong. Most of us were expecting the Angels to give the Royals a reality check in the ALDS, but after the Angels dropped the initial two games at home, things started to look ugly for them. For the Angels, the sweep against the Royals represented a hard end to a season that had everything set to see them return to prominence, but they were never able to put Kansas City in the corner and take the lead, something that you wouldn’t expect from a team that closed the regular season with a 98-64 record, the best in baseball.

What’s coming up next?

The American League Championship Series between the Royal and Orioles looks set to be a great one, which will be good for the impartial baseball fan that really hasn’t had much to cheer about so far. On the NL side of things, it looks as though one of the series may be over tonight. The San Francisco Giants own a 2-0 lead over the Washington Nationals, which really is a huge surprise for MLB betting fans. If there was a series that looked destined to be a sweep heading into the postseason, was this one, but no one was expecting the Giants to be on top of the series at this instance. Things are a whole lot tighter in the other series, as the St. Louis Cardinals walked out of LA with a split with the Dodgers. Both games have been decided by a single run so far, and it has reached a point where the series is too close to call. Most of the money in this one was on the Dodgers at that start, but the Cards are showing that they are not going down without a fight.
Older post
Newer post