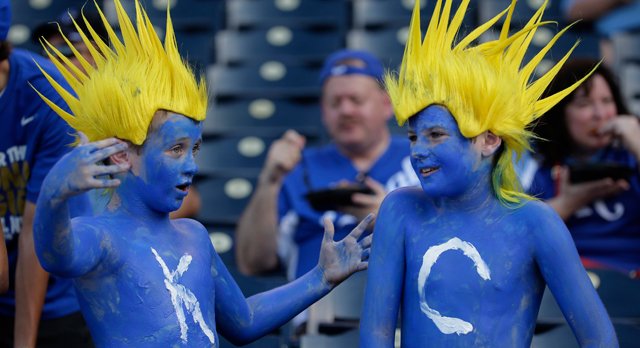 MLB Betting News
The 2014 World Series features two teams that not too many people expected to be playing for the championship, and for the first time since the creation of the Wildcard playoffs, two Wildcard teams will go head to head in the Fall Classic. The American League will be represented by the Kansas City Royals, while the National league will be represented by the San Francisco Giants. Since the American League won the All Star game, the Royals will have the home field advantage in the World Series. In addition to that, Kansas City is also stated to open the series as a slight favorite to take the World Series according to the latest MLB betting odds. The Kansas City Royals made the playoffs for the first time in 29 years, but have played like an experienced playoff team, and remain undefeated during their playoff run. They made it to the ALDS with an extra innings victory over the Oakland A’s in the Wild Card playoff game, and advanced to play the heavily favored Los Angeles Angles, who had the best record in baseball. They weren’t intimidated by the Angels, and swept the series in three games. In the ALCS, the Royals had to play the Baltimore Orioles, who won the AL East. They were tested during the series, but still found a way to sweep another good team, and earn their spot in the World Series. The Giants have won two World Series titles in four years, but weren’t expected to make it to the playoffs this season because they were not as regular as other teams during the season, and they lost some of the key players from their previous campaigns. They surprised their critics by winning 88 games, and clinching a Wildcard spot.

Team to Score First: GIANTS SC 1ST: -160 ROYALS SC 1ST: +130 Total Hits + Runs + Errors SFG/KC TOT H+R+E: 23, o/u -115 World Series Game 1 Odds: GIANTS: -1½+160    -108, OV 6 ½, ML +100 ROYALS: +1½-185    -102, UN 6 ½, ML -120 The Giants shutout the Pittsburgh Pirates on the road in their Wildcard game, and advanced to the NLDS to face the Washington Nationals, who had the best record in the National League. They won the series against the Nationals in four games, on the strength of the pitching, which shut down Washington’s offense. In the NLCS, they faced the St. Louis Cardinals in a rematch of the 2012 NLCS, in which they came back from a 3-1 deficit to win the series in seven games. They had an easier time against the Cardinals this time, and won the series in four games, and advanced to the World Series for the third time in five years. The Royals and Giants play a similar style, which will make this a very interesting series; they both have a dominant pitcher in James Shields and Madison Bumgarner, and a bullpen that is very effective. They Royals have a better offense than the Giants; they have scored 42 runs in 8 games, while the Giants have scored 41 points in 10 games. Defensively the Giants have been better than the Royals during their playoff run; they have allowed 25 runs in 10 games, while the Royals have allowed 26 runs in 8 games. Without any question, this is going to be an exciting series between two evenly matched teams, and will likely go the full seven games. The World Series will begin on Tuesday night on FOX, and the schedule is listed below. Game 1: Tuesday, October 21, 8:07 PM. ET. FOX Game 2: Thursday, October 22, 8:07 PM. ET. FOX Game 3: Saturday, October 24, 8:07 PM. ET. FOX Game 4: Sunday, October 25, 8:07 PM. ET. FOX Game 5: Monday, October 26, 8:07 PM. ET. FOX Game 6: Wednesday, October 28, 8:07 PM. ET. FOX Game 7: Thursday, October 29, 8:07 PM. ET. FOX
Older post
Newer post