NBA News and Rumors
While much of the recent noise about the NBA draft has had to do with the poor luck the New York Knicks had coming out of the lottery, the real drama for NBA betting fans may come later on in the first round. Because of the depth of the class entering the draft, even the contending teams have a chance to pick up a primo player to add to their mix. Teams that are rebuilding but didn’t quite make the lottery also can add to their foundation.Based on what some of the teams really need to add, here’s one mock draft. 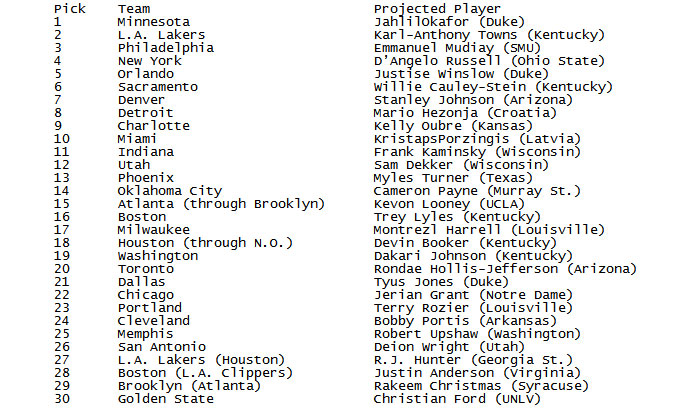 Now, let’s look at some of the more interesting names as the draft looms. 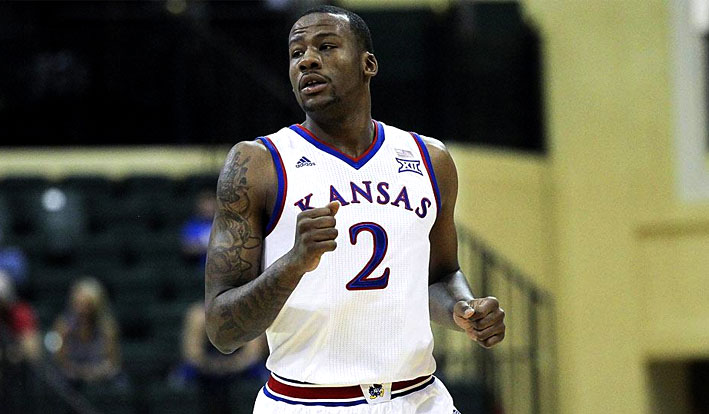 A power forward, Alexander is 6’9” and 239 pounds, but in his freshman year at Kansas, he only put up 7.1 points per game and grabbed 5.3 boards. Most experts agree that he entered the NBA draft earlier than he should have. However, he looks like an elite future player. But where do you draft a player who’s headed right toward the D-League? At the combine, he impressed scouts, but he is still unlikely to go before the early second round. 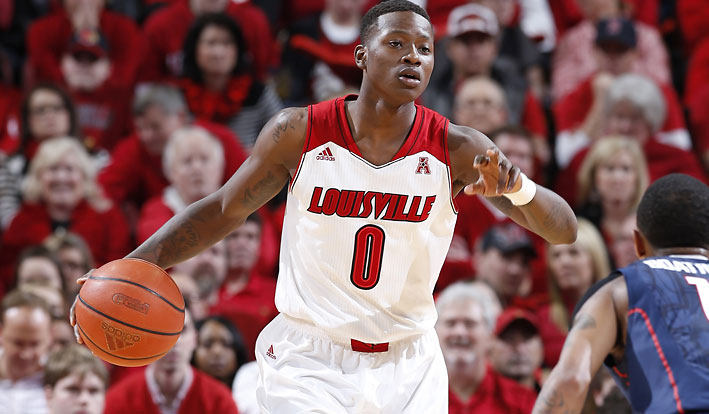 With other point guards Emmanuel Mudiay and D’Angelo Russell also looking strong in the first round, it’s difficult to know just where Rozier will go. Such other point guards as Cameron Payne push him further down the list. His 41 percent shooting percentage was not particularly impressive, either. He was one of the few big names to take part in the whole combine, though, which impressed scouts. He can also create for himself as well as others on the time, and he has that first step to drive to the basket. We think he’ll go to Portland late in the first round, but he might slip a little further, to another team who needs a point guard (think Spurs). 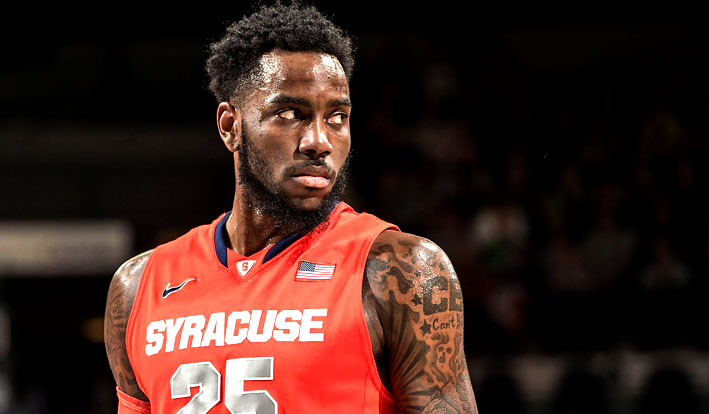 Given his numbers in his senior season (17.5 points, 9.1 boards, 2.5 blocks and 1.5 assists per game), you’d think that Christmas would be getting more notice. However, he sticks down at the lower part of the first round. It doesn’t help that he’s only 6’10” and that he really only has one year of consistent full-time play. However, his 7’5” wingspan, and his 19.5 scoring average at the combine are attractive features. The ceiling on Christmas seems to be sky-high – which is why we see Brooklyn taking a flyer on him late in the first round, to help him develop his talents and round into that center presence they’ve been missing. SourcesNBA.com (http://www.nba.com/draft/)ESPN.com (http://insider.espn.go.com/nbadraft/results/player/_/id/20127/emmanuel-mudiay)
Older post
Newer post