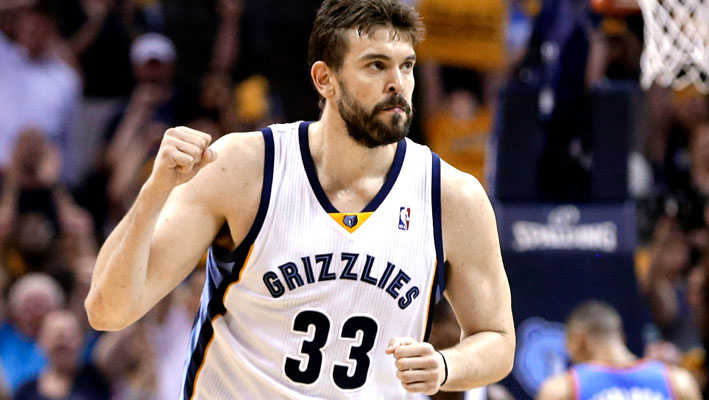 NBA News and Rumors
The next date circled on the NBA betting calendar is June 25, as that is when the draft is set to take place. Teams will have a better idea of where they stand once they make their selections, and that is sure to have an impact on who goes where once free agency begins on July 1. There are still some big names out there, such as Kevin Love, who have yet to make a decision on whether or not to opt out, so let’s take a look at some impact players who might very well be available when July rolls around.

NBA Betting Calendar: A Look At The 2015 Draft

Jimmy Butler of the Chicago Bulls is a guy that could make a big impact on any number of different teams. Butler declined a new contract with the Bulls last year, and that ended up being a very good decision, as he had another excellent season where his numbers once again increased over the previous year. As a restricted free agent, the Bulls will have the first crack at keeping him, but he is likely to demand a max contract that could make things a little sticky. The New York Knicks are one of the many teams looking to be very active in the free agent market, and they are likely to have their focus on DeAndre Jordan of the LA Clippers. The big guy is incredibly resilient, and has not missed a game since the 2010-11 season. He is great on both ends of the court, although his free throw percentage is something of a disaster. That aside, though, he would be a huge addition. One of the most underrated guys expected to be available during free agency is LaMarcus Aldridge. The 29-year old has appeared in 4 straight All-Star Games, and managed over 23 PPG with the Portland Trail Blazers last season. The knock on Aldridge is that he shoots a little too much, but is offensive output is enough to make a few teams willing to bite. He was born and raised in Texas, so don’t be surprised to see the Mavericks try to lure him home. There is every possibility that Marc Gasol will re-sign with the Memphis Grizzlies, but if he does decide to test the waters of free agency, he will find a lot of teams looking for his services. Gasol does a little bit of everything, and does it all really well. He can score, rebound, and is very good from the free throw line. At 7’1” he is a major presence at either end of the court, and we all know how NBA teams love to have a big guy in their line-up. Sources: Basketball-reference.com: http://www.basketball-reference.com/players/g/gasolma01.html YahooSports: http://sports.yahoo.com/nba/teams/chi/
Older post
Newer post