NBA News and Rumors
No single player can win a playoff series for his team, but try telling that to the Milwaukee Bucks, who have been unable to stop Jimmy Butler of the Chicago Bulls in the first 2 games of their series. Online sports betting for Game 3 goes on Thursday in Milwaukee, and the Bucks are going to have to find a way to slow down Butler if they don’t want to dig a huge hole for themselves.

Date: Thursday, April 23, 2015 Time: 8:00PM Venue: Bradley Center Opening Line: Chicago -3.5 Butler has been nothing short of brilliant over the first 2 games, scoring 25 points in Game 1, and a personal playoff best 31 points in Game 2, leading the Bulls to a 2-0 series lead. While the Milwaukee Bucks are well aware that they need to slow Butler down, they also know that they need to step up their offensive game if they are to get back into this series. The Bucks are averaging just 86.5 points per game in the series to this point, and that is a number that really has to go up in Game 3. Despite being 2 games down, the Bucks still appear to be a confident bunch, and they firmly believe that home court advantage will be enough to get them back on track. The Chicago Bulls have to be feeling very good about their chances of advancing for a number of different reasons. The play of Butler and winning the first two games of the series are huge, but they must also be delighted at the progress of Derrick Rose, who managed 38 minutes of playing time in Game 2 with no apparent adverse effects. They are going to need his presence, as it looks as though Nikola Mirotic is going to miss Game 3 through injury. 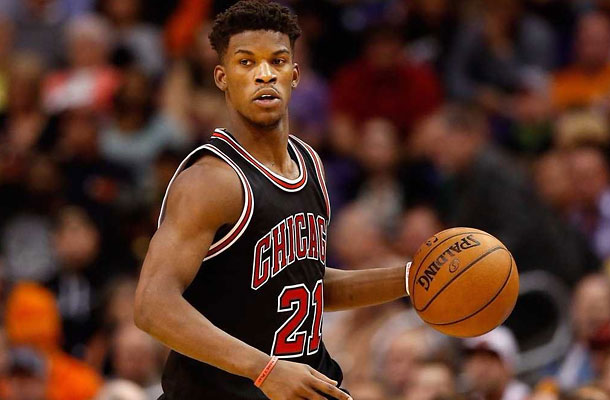 You need only look at the shooting percentage (37.4) that the Bucks put up over the first two games combined to see why they aren’t getting the points they need. O.J. Mayo and Giannis Antetokounmpo both shot 25% or less over the first two games, and will need to improve their production in order for the Bucks to get a win. The team is also going to have to do a better job at getting the call into scoring position, as they managed just 13 assists as a team in game 2.

Home court advantage alone will not cure all of those issues, but it will certainly help deliver a much needed shot of adrenaline. I like the Bucks to take Game 3, but expect it to be a tight, low-scoring affair.
Older post
Newer post