The Atlanta Hawks (60-22 SU, 49-32-1 ATS) ran away with the Easter Conference crown this season and I like them to take out a talented, but underachieving Brooklyn Nets (38-44 SU, 39-41-2 ATS) that had to beat lowly Orlando in their regular season finale just in order to reach the postseason. 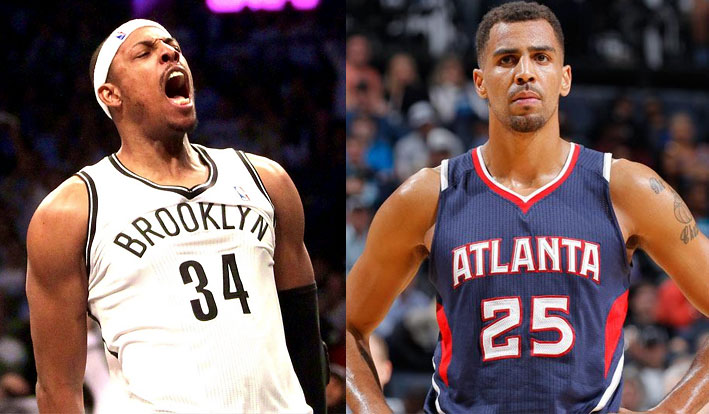 The Hawks swept the regular season series 4-0 while scoring 113 points or more in each of the last three meetings while simultaneously holding Brooklyn to 102 points or less in three of their four meetings this season.I expect the Nets to raise the level of their play against Atlanta, but in the end, I just don’t see how the inconsistent Nets could ever beat the ‘new-look’ Hawks in a seven-game series.

Atlanta has the better offense, defense – and head coach – making the Hawks the easy pick to win this first round series 4-1.

While I love the finishing kick the Boston Celtics displayed in going 17-7 over their final 24 regular season games, I don’t think there’s any way the upstart C’s take out LeBron James and the second-seeded Cleveland Cavaliers in their first round matchup.While the Cavs and Celtics split their regular season series at two games apiece, the fact of the matter is that Kyrie Irving and LeBron James both missed one game apiece in Boston’s two victories, which both took place earlier this month. 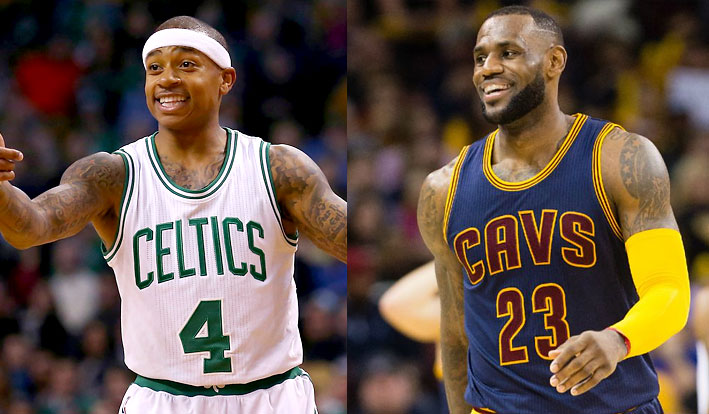 Still, Boston has won five straight coming into this matchup and they should give the Cavaliers a tough way to go – before finally bowing out after five games.Statistically, Cleveland is the better team both, offensively and defensively though Boston holds the slight edge in rebounding and free throw shooting percentage. The C’s have gone 28-24 SU and an impressive 32-20 ATS against their Eastern Conference counterparts while Cleveland has gone 35-17 SU, but just 23-29 ATS against the same foes.

I like the Celtics to cover the spread in at least half of the games in this intriguing first round matchup, but Cleveland gets the series win 4-1.

The Milwaukee Bucks are undoubtedly one of the top up-and-coming young teams in the league, but the young ballclub will have its work cut out in trying to take down a Chicago Bulls ballclub that has gotten healthy at just the right time.Not only that, but the Bulls have a chip on their collective shoulders the size of Mount Rushmore as they seek to fulfill all of the playoff potential that has escaped them the last two seasons because of injuries to point guard Derrick Rose. 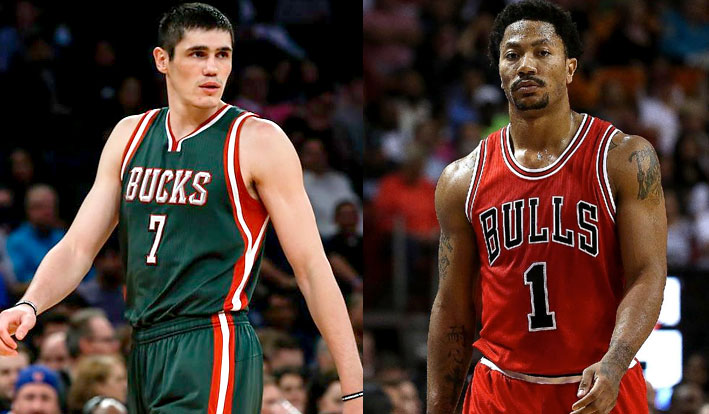 While the Bucks come into this series off a humbling 105-100 road loss to Boston in their regular season finale on Wednesday, the Bulls have won four straight while going 4-1 ATS over their last five. Chicago won three of the four regular season meetings although the Bucks beat the Bulls 95-91 in their last meeting on April Fool’s Day as a 5-point home favorite.Nevertheless, the Chicago Bulls are the easy pick to win this series, although I certainly don’t think the young Bucks will simply roll over against their more experienced opponents.Chicago averages more points per game than Milwaukee and give up just 0.4 points per game more than Milwaukee defensively. The Bulls are the better rebounding ballclub but Milwaukee has a better field goal shooting percentage.The Bulls are the better free throw and three-point shooting team and has found even more depth with the emergence of sweet-shooting rookie Nikolai Mirotic and recent explosions from veteran point guard Aaron Brooks.Chicago has gone 33-19 SU and 26-26 ATS against its Eastern Conference rivals but Milwaukee has been nearly as good against its conference foes in going 30-22 SU and a blistering 31-19-2 ATS.

The Milwaukee Bucks are going to be a monster team in the very near future, but they’re not quite ready for the prime time Bulls. Chicago wins 4-2

The Washington Wizards have dropped three of their last five games while Toronto has gone 4-1 SU over the same span. Toronto holds the slight edge in scoring but Washington allows fewer points per game defensively and holds the edge in rebounding as well. Toronto however, is better than Washington in free throw shooting and three-point shooting and steals. 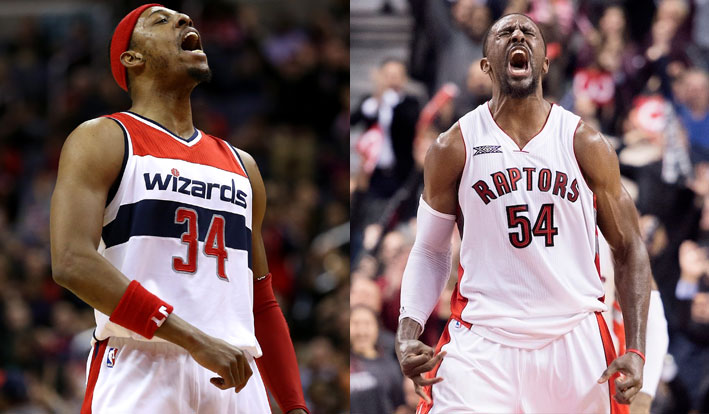 The Wizards have gone 30-22 SU but just 21-30-1 ATS against its Eastern Conference rivals but Toronto has been even better in going 33-19 SU and 24-28 ATS against the same opponents.Toronto swept the regular season series 3-0, although each of the last two meetings were decided by four points or less with Washington going 2-1 ATS over the series.

Every time I look at the Washington Wizards, I’m a bit taken aback that the talent-laden ballclub simply seems to underachieve far more often than they should. Having said that, let me also say that I like the more focused Toronto Raptors to win this series and advance to the next round.Washington has all the components to become an elite ballclub, but it is Toronto that I like to win this series, mostly because I think Kyle Lowry and DeMar DeRozan will have the advantage over John Wall and Bradley Beal, particularly at the defensive end of the floor. This series could very well go seven games, but in the end, I like Toronto to hold it down. Toronto wins 4-3.
Older post
Newer post