NBA News and Rumors
We have spoken regularly in the past about the negative effect that losing a key player can have on a team. Even those squads that are confident and on a roll can begin to feel those first twinges of doubt the moment a star player goes down. That is what is happening right now with the Cleveland Cavaliers as they try to overcome the loss of Kevin Love due to a shoulder injury sustained in the opening round against the Boston Celtics. The Chicago Bulls can smell the blood in the water, and were convincing in the 99-92 Game 1 win over the Cavs in the second round. Online betting for Game 2 of the series goes down Wednesday night in Cleveland.

Date: Wednesday, May 6th, 2015Time: 7:00PMVenue: Quicken Loans Arena, ClevelandOpening line: Cavaliers -6 (194.5)It is LeBron James who is expected to pick up most of the slack in the absence of Love, but the Bulls did a pretty good job of limiting what he could do in Game 1. While the 19 points, 15 rebounds, and 9 assists would be a very nice line on most nights, it isn’t enough without Love’s usual contributions. Turnovers were an issue for James in the first game, as he was constantly pressured by Jimmy Butler on the defensive side of the ball. The Game 1 loss now means that the Cavaliers are just 3-5 with Love out of the line-up. More concerning, though, is that they are 0-2 versus the Bulls when Love doesn’t play. Kyrie Irving is certainly doing his best to help, scoring a game-high 30 points in the opener. Cleveland is going to need more of the same, and an extra effort from James if they are to get back into this one. 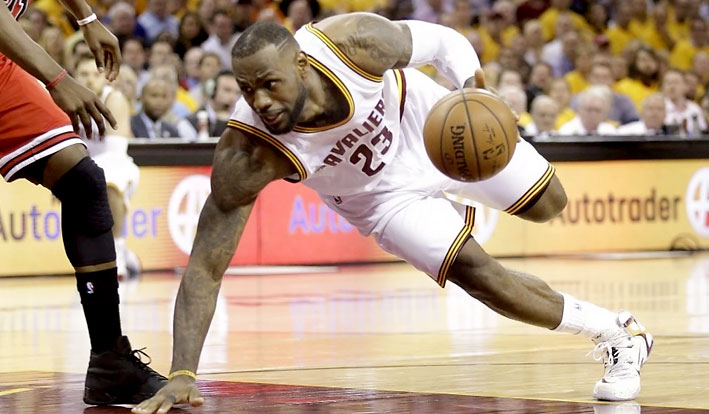 The Bulls, under head coach Tom Thibodeau, have had great Game 1 success versus LeBron, winning three straight Game 1 match-ups. That is not something that this Bulls teams is hanging their hats on, though, as they eventually went on to lose all three of those previous series. The big difference with this Bulls team compared to those previous ones is that they are much better offensively, and they also seem to be pretty fearless. Chicago finished the season hard, even knowing that a 3rd seed would land them the Cavaliers in the second round. Derrick Rose and company now seem aware that in order to be the best they have to beat the best, and seem ready to accept that challenge.

The Cavaliers need to win Game 2 before heading to Chicago, as going on the road in an 0-2 hole is not something that any team, no matter how talented, wants to face. I expect this to be another tight one, but think the Cavaliers can come away with the win. SourcesESPN.com (http://espn.go.com/nba/player/_/id/6442/kyrie-irving)NBA.com (http://www.nba.com/bulls/stats)
Older post
Newer post