NBA News and Rumors
The Atlanta Hawks were one of the surprise teams in the Eastern Conference this year, landing the top seed seemingly out of nowhere. They have huffed and puffed a little bit through the playoffs, needing 6 games to knock of the Nets and the Wizards. There is also some surprise amongst NBA betting fans to see the Hawks in the Eastern Conference Final, mostly because they are a team devoid of a big name player, like Curry, James, or Harden. What Atlanta does well is adopt a team mentality, where everyone on the squad shares the wealth, and it was that which led them to a 3-1 regular series win over the Cavaliers.
NBA Eastern Conference Championship Game 1 Date/Time: Wednesday, May 20th, 8:30 PM
Location: Philips Arena, Atlanta, Georgia TV: TNT Radio: 92.9 FM “The Game” Spread: Hawks -1

If the Hawks are to have similar success versus LeBron and company in the playoffs, they are going to need more from Kyle Korver, who is shooting just 39% from the field. One player that seems to be rounding into form at the right time is Jeff Teague, as he has averaged 20 points and 6 assists per game in his last three starts. The Hawks will likely go with Paul Millsap, Al Horford, and DeMarre Carroll to complete their starting 5. Carroll is leading the way for Atlanta in postseason scoring with 17.1 points per game. 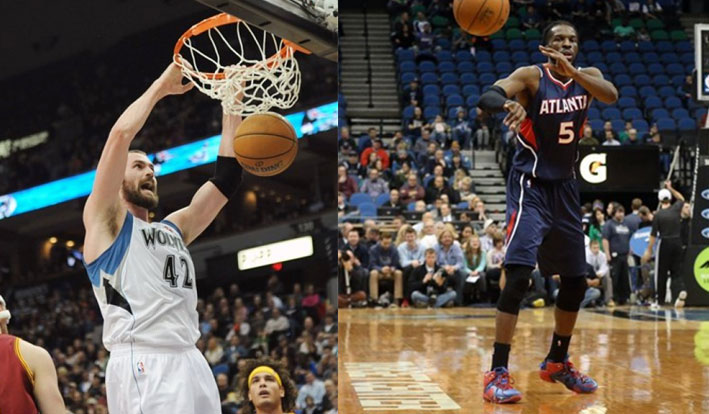 The return of LeBron James has meant that the Cavaliers have gone from the basement to the front door of the penthouse suite in a single season. Whether they can open that door or not will depend on how they play versus the Hawks. The reality is that this was not a particularly good team at the start of the year, but one that has been very good since the All-Star break. There are some concerns, though, as Kevin Love is done after injuring his shoulder in Round 1, and Kyrie Irving looks very limited in what he can do because of nagging injuries.

As expected, LeBron James has picked up the slack, averaging 26.5 points, 7.9 assists, and 10 rebounds through the playoffs. It should be noted, though, that he has not put up the best shooting numbers, and has been prone to turnovers. This is a team that would not be where it is now without the efforts of LeBron, but they are also going to need Tristan Thompson to win the rebound battle versus Paul Millsap. That battle against the glass could help swing this series one way or the other.
The Cavaliers have made it this far in spite of being hit by an uneven start and injury issues, and you have to wonder how long they can ride that luck. There is sure to be a wild crowd at Phillips Arena on Wednesday night, as the home fans watch the Hawks play in their first ever Eastern Conference Final. That might just be enough to get the Hawks the win in Game 1. Sources:  ESPN.com: http://espn.go.com/nba/player/_/id/3449/kevin-love Yahoosports.com: http://sports.yahoo.com/nba/players/3704/
Older post
Newer post