NBA News and Rumors
Okay MyBookie.ag NBA betting fans, with the 2015 Eastern Conference Finals set to get underway tonight in Atlanta, you’re about to get the A, B, C’s on both NBA title contenders respective rosters.In an ongoing effort to assist our hardwood betting faithful, this fun-filled Eastern Conference Finals will give you the insight you’ll need in order to make a series of potentially winning wagers over the course of the coming series.With that said and tip-off time quickly approaching, let’s get the ball rolling.

Atlanta: Jeff Teague (15.2 ppg) has been mostly rock-solid for Atlanta this postseason in dishing out an impressive 7.2 assists per night while joining three Hawks teammates in putting up at least 15.0 points per game. When Teague is extra aggressive, the Hawks are that much better off. However, Teague often goes into a ‘shell’ that elite floor leaders simply can’t do.Grade: BCleveland: Kyrie Irving – and LeBron JamesDon’t look so strange, both Kyrie Irving and LeBron James play point guard for the Cavaliers. Irving is more of a shoot-first kind of floor leader and he’s been pretty solid in putting up 19.8 points per game this postseason despite playing the majority of it with a bevy of injuries. Still, there aren’t many point guard that can put the ball in the hole like Irving, even if he doesn’t pass it like a traditional floor leader.As far as James is concerned, he often initiates Cleveland’s offense and has the ball in his hands the majority of the time the Cavs have the ball anyway. James is averaging a healthy 7.9 assists this postseason compared to Irving’s 3.3 per game. No matter how you slice it, the Cavs get an ‘A’ here.Grade: A 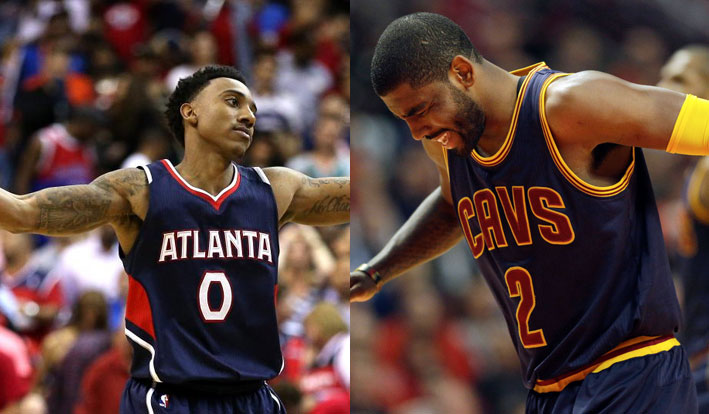 Atlanta: DeMarre Carroll is averaging a team-high 17.1 points per game this postseason while shooting an impressive 52.4 percent from the field and 43.9 percent from beyond the arc. Carroll is also pulling down 6.2 boards per night and doubles as Atlanta’s best defensive player.Grade: A+Cleveland: LeBron James is averaging 26.5 points per game but is also shooting a mediocre 42.4 percent from the field and a pitiful 14.6 percent from three-point distance. Incredibly, James is also averaging a jaw-dropping 10.2 rebounds and 7.9 assists per game. Even with his postseason shooting woes, James is more often than not, the driving force behind Cleveland’s winning ways.Grade: A+ 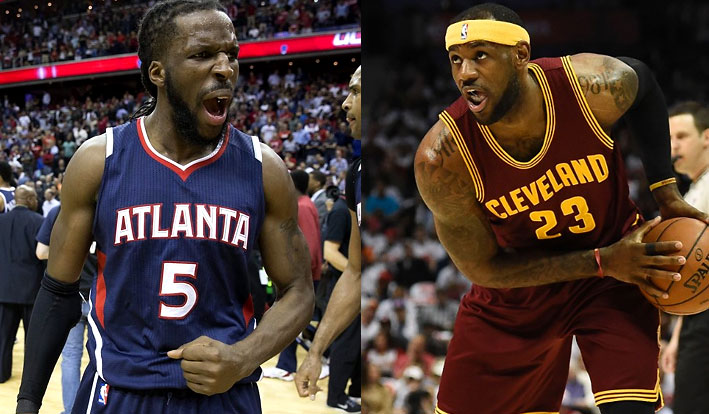 Atlanta: Veteran forward Paul Millsap is so underrated it’s a damn shame. The former Utah Jazz star is averaging 15.7 points per game this postseason and although he has struggled a bit with his shot (42.2 percent) Millsap is one of the best frontcourt players in the game today if you ask me, particularly seeing as how he also pulls down 9.0 rebounds per night despite standing just 6-8.Grade: BCleveland: Tristan Thompson may be a rebounding machine (9.4 rpg), but he’s also not much of a threat to score the ball (8.5 ppg) or draw double teams on the low block. Still, Thompson knows his role and plays it well in relief of injured started Kevin Love.Grade: C+

Atlanta: Simply put, veteran center Al Horford is the heart and soul of the Atlanta Hawks. The former Florida star is averaging 15.6 points per game on 49.1 percent shooting this postseason while also grabbing 9.9 boards and blocking 1.8 shots per night. More importantly, Horford is seemingly always in the right place at the right time for a Hawks team that isn’t very big on size.Grade: B+Cleveland: Cavs center Timofey Mozgov has played decent basketball this postseason in outing up 8.5 points and 7.1 rebounds per game. Sure, Mozgov is never going to be a star player, but his contributions to Cleveland’s defense and rebounding can not be underestimated, particularly for a team that needs big bodies in the worst way.Grade: C+ 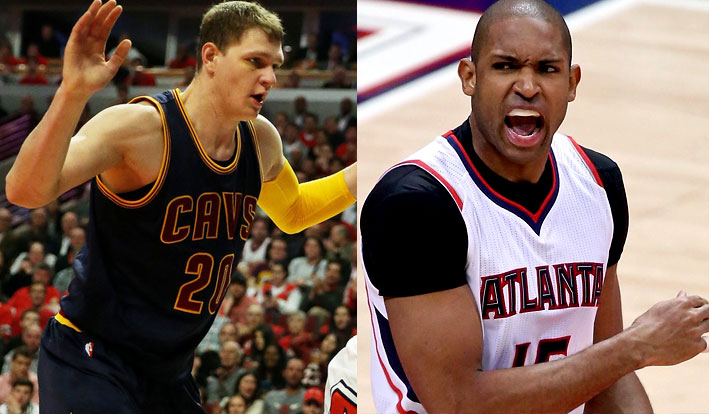 Atlanta: The Hawks have plenty of depth starting with backup point guard Dennis Schroeder (10.1 ppg) center Pero Antic (5.2 ppg), forward Mike Scott (4.2 ppg) and combo guard Kent Bazemore (3.7 ppg). Sure, none of these guys, with the possible exception of Schroeder, will ever become household names, but the Hawks don’t need them to be. Whether they get their just due or not, the Hawks have a very solid bench that doesn’t falter when they spell Atlanta’s starters.Grade: BCleveland: J.R. Smith (11.2 ppg) is a perennial candidate to win the Sixth Man of the Year award, but he’s also a candidate to be admitted into the nearest psych ward.Combo guard Matthew Dellavedova and little-used snipers James Jones and Mike Miller are solid, but both, Jones and Miller are fading faster than a pair of well-worn jeans at this point of their respective careers.Grade: C-

Atlanta: The Hawks have two of the best leaders in the game today in Al Horford and Paul Millsap.Grade: A+Cleveland: As much as I loathe him and it pains me to write it, LeBron James may be the best leader in all of sports, not just the NBA.Grade: A+ 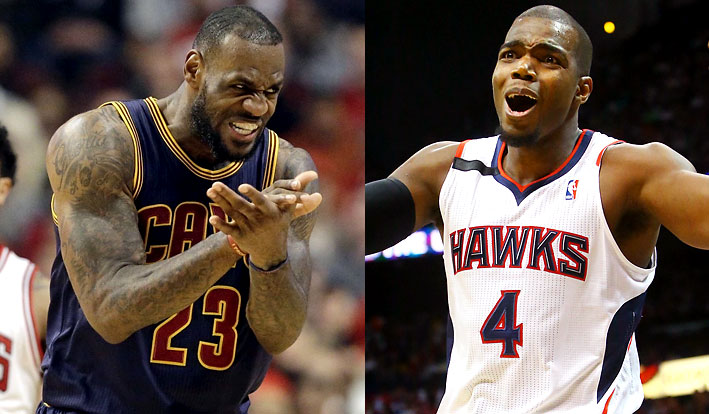 Atlanta: Mike Budenholzer learned the game under the legendary Gregg Popovich and has built the Hawks into that same kind of image. While NBA hoops observers were initially stunned with Atlanta’s success this season, the fact of the matter is that no one really should be. Budenholzer is undoubtedly one of the better head coaches in the league today even if he doesn’t get the credit of some other ‘big-name’ coaches.Grade: ACleveland: Let’s see…Cavs rookie head coach David Blatt was overruled in the semis by LeBron James after foolishly calling for a game-deciding shot being taken by someone other than James. Oh…he also tried to throw that same game away by idiotically calling for a timeout that the Cavs no longer had.Grade: C-

The report cards say that Cleveland owns the edge at both starting guard positions and is a ‘de facto’ tie at small forward thanks to the heads-up play of DeMarre Carroll this postseason.I give the edge at power forward and center to Atlanta, though the Hawks have the huge edge when it comes to reserves and head coaching.From where I’m sitting, I believe this series is going to be one of the best and most competitive of the entire 2015 playoffs…though right now, I’m giving the Atlanta Hawks the slight edge to ring home the bacon. SourcesESPN.com (http://espn.go.com/nba/player/_/id/6442/kyrie-irving)NBA.com (http://www.nba.com/playerfile/al_horford/)
Older post
Newer post