NBA News and Rumors
And then there were 4. It has been a long hard NBA betting season, but the conference finals are now set, and it’s the Golden State Warriors and Houston Rockets meeting in the Western Conference Final. The west is always a tough battle, and this match-up looks like being a beauty, as both teams have had to overcome a little adversity in order to get there. Game 1 goes Tuesday night in Oakland, California.

” lang=”en”> .@StephenCurry30 averaged 25.8 points & 8.3 assists vs Houston this season Game 1 on Tuesday » http://t.co/E4nPyK2ZBk pic.twitter.com/tuCuCqACaH — Golden St. Warriors (@warriors) May 18, 2015 Finishing with the top seed in the Western Conference is a huge accomplishment, but it is no guarantee of playoff success. There can be no denying that the west is the better conference, which is why the playoffs are always a bloodbath on that side of the draw. Golden State blew by the New Orleans Pelicans in the opening round, but were made to work for their series win against the Memphis Grizzlies. There certainly had to be a few alarm bells ringing when Memphis took a 2-1 series lead, but that seemed to wake up the Warriors, as they won 3 straight to take the series in 6 games. What may have come as a surprise to many in that series was how good the Warriors played on defense. Everyone knows the Splash Brothers can light it up on offense, but they all seem to forget that this team can stifle you on the defensive side of the court. 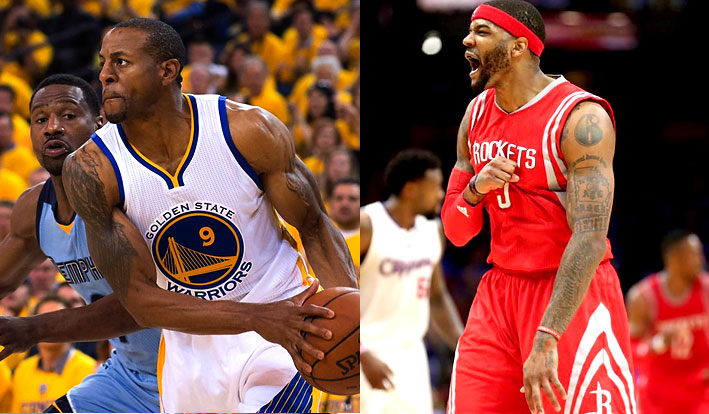 The odds of the Houston Rockets being in the Western Conference Finals were ridiculously high this time last week. They looked pretty lifeless through the first 4 games of their series versus the LA Clippers, and were fully deserving of being in a 3-1 hole. Even when they tied things up, there was still the sense that they would have a hard time completing the comeback at the Staples Center. That is exactly what they did, though, and they now have some serious momentum going as they head into this one. James Harden is playing just as everyone expected him to, and Dwight Howard, who looked awful early on, is now supplying a massive physical presence that helps open up shots and lanes for the Rockets shooters.

This is a dream match-up for the impartial NBA fan, as it sees the top two points getters (Curry and Harden) in the MVP race go head to head. This is a series that looks set to go 7, and I think that the Warriors will draw first blood on home court in Game 1.   Sources NBA.com (http://www.nba.com/standings/team_record_comparison/conferenceNew_Std_Cnf.html) ESPN.com (http://espn.go.com/nba/team/_/name/hou/houston-rockets)
Older post
Newer post