NBA News and Rumors
Every year, the National Basketball Association features some terrible teams. In the 2014-2015 season, the New York Knicks got off to a 5-20 start. The venerable Los Angeles Lakers started 6-16. They were still miles ahead of the Philadelphia 76ers, who roared out of the gate to an 0-17 start, looking so awful that some were wondering how they would fare in the NCAA or even to the sportsbetting fans.

So What Happens to These Teams?

They get booed by their fans (those who bother to show up), get criticized in the press – but they also get better draft picks than the teams who work harder and lose fewer games. Some teams who realize they have no chance to contend spend time “tanking” – losing games on purpose – in order to improve their position. This past season, former Laker great Magic Johnson said that he wanted his former team to lose – to help their draft position.

This is a problem that the NBA must take on. If teams are not being competitive, that’s a disservice to their fan base, who are paying good money to see games. The cities that ponied up tax revenue and other incentives to keep their teams from moving – or folding – aren’t getting the right sort of return on that investment when teams tank.

So What Can the NBA do About This?

It could take a page from the soccer leagues around the world (except MLS, of course). What if the worst NBA teams faced relegation – demotion to one of the lower basketball leagues around the country? What if the Philadephia 76ers could face relegation to, say, the East Coast Basketball League, if it finished at the bottom of the league’s standing? Teams would no longer be greasing their fall into the lottery but instead would be fighting to stay out of the minor leagues. Have you noticed that teams that can’t contend start dumping salary late in the season? Instead, they’d be fighting off the other bottom-feeders to stay in the NBA. From the fan’s point of view, those games late in the season that used to be meaningless would now be fraught with their own drama, as their teams would be doing everything they can to stay out of the lower leagues. What would happen if Kobe Bryant and the Los Angeles Lakers had to play their road games next year in places like Frisco, Texas, and Fort Wayne, Indiana next year? 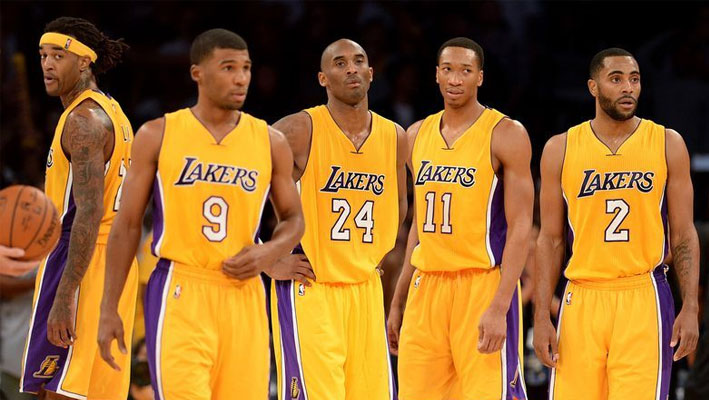 While some teams would be headed out of the league, other teams would head in. This could give professional basketball throughout the United States a real boost. Given the fact that the NCAA has 351 college basketball teams – just in Division I – there are the markets to support 100 different basketball teams, particularly if there was the chance to jump to the NBA. Surely Chicago could handle multiple teams, and both the New York City and Los Angeles areas would be able to support more than two each. Seattle – a city starving for basketball – would get behind a team like this, and places like Pittsburgh, St. Louis and Tampa Bay would also jump at the chance. This would also mean more openings in the sport for players out there. Of course, the NBA isn’t likely to give up its monopoly any time soon. Also, some of the teams from British soccer can show you what can happen. Manchester City fell out of the Premier League all the way to the third division until investment from the United Arab Emirates helped bring it back. Leeds United was a Champions League semifinalist in 2001 but dropped to the third division in 2007. It has returned to the second division but does not appear to be headed for promotion any time soon. I guess we’re going to be stuck with those meaningless Bobcats-Knicks games in March and April for the time being. Sources: ESPN.com: http://espn.go.com/nba/player/_/id/2334/magic-johnson NBA.com: http://www.nba.com/sixers/
Older post
Newer post