NBA News and Rumors
If you’re fired up about the upcoming NBA Finals and you’re looking to cap off your 2014-15 NBA online betting campaign in style, then you should know that the upcoming finals and MyBookie.ag are offering you a multitude of opportunities to do just that! Thanks to this expert NBA Finals betting breakdown, you’re going to have a great chance to cash in on a pair of finals odds surrounding both, the winner of the series and the length of it. With that said, let’s get started with a look at the odds to win the 2015 NBA Finals.

It’s a nice storyline and all that LeBron James will be playing in his fifth straight NBA Finals while Golden State will be making their first trip back to the Big Dance in exactly four decades. However, the fact of the matter is that when you size these two teams up, the edge clearly goes to the Golden State Warriors – at least on paper. The Warriors finished the regular season with the league’s best record (67-15) while winning 14 more game than the Cavaliers (53-29) who finished second in the Eastern Conference to now dispatched Atlanta. Not only that, but while the Cavaliers (65-31 SU,47-49 ATS, 39-56 O/U) have had a relatively easy time in bouncing young Boston, and highly disappointing Chicago and Atlanta while dropping just two games, the Warriors (79-18 SU, 54-42-1 ATS, 42-54-1 O/U) will be much better off for having gone through a very good New Orleans team, seriously defensive-minded Memphis and last but not least, a Houston Rockets team that showed they deserved to be seeded second out West. 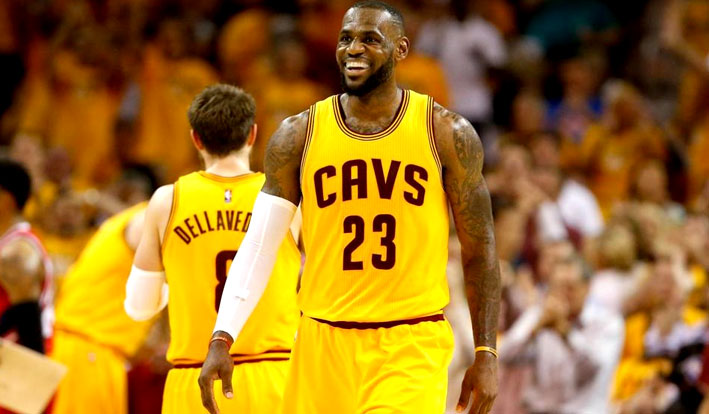 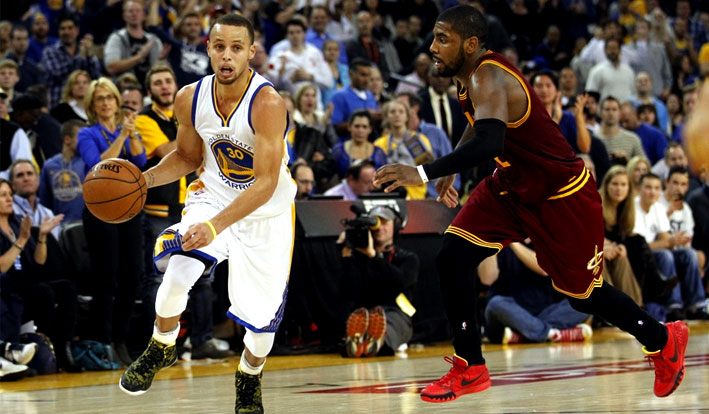 Golden State’s bench is far and away better than Cleveland’s and I expect that Andre Iguoadala, Shaun Livingston and the rest of the Warriors impressive collection of reserves will be one of the huge factors in the Warriors winning this series in five or seven games. LeBron James may have the big edge in NBA Finals experience, but that’s the only edge I see the Cavaliers having in this series to be honest about it. Now, if you’d like to increase your chances of closing out your 2014-15 season in style, then you can also wager on the length of this series.