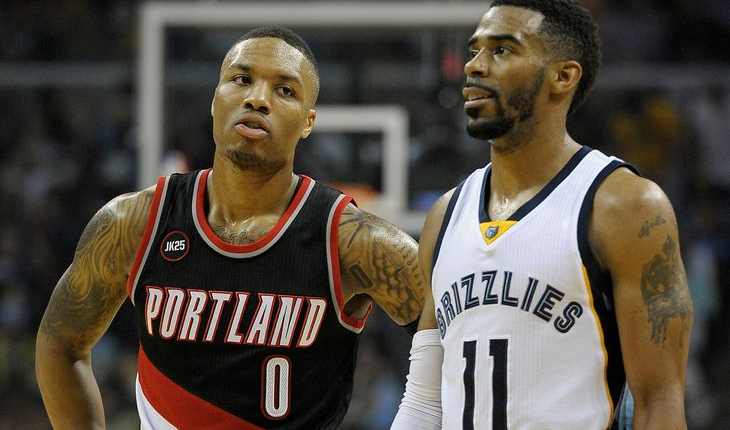 NBA News and Rumors
Rather than blazing through the first round of the Eastern Conference playoffs as was expected by their fans and pro basketball pundits, Portland finds itself trailing their series against the Memphis Grizzlies by two games to none. In order to avoid falling to the 0-3 hole, where no team in the history of the NBA has risen up from to win a seven-game series, the Portland Trail Blazers have to do everything in their power to claim a victory when they host the Grizzlies at Moda Center on Saturday Night.With everything for Portland to fight for, and so much for Memphis to lose in this game, which of the two NBA powerhouses will stand tall when all is said and done in this enticing Saturday clash? Check out the preview below for the answer to that question, and much more, including free NBA betting picks expertly analyzed and prepared for you by our basketball gurus.Venue: Moda Center at the Rose Quarter, Portland, OregonDate: Saturday, April 25, 2015Time: 10:30 PM ETTV: ESPN/ WATCH ESPN/ SPSO/ KGWSeries Standing: Grizzlies lead the series 2-0Spread: Blazers -3

After claiming the first two series against the Trail Blazers (51-33) by outscoring them 197-168, the Grizzlies (57-27) are looking quite dangerous, as far as making a deep playoff run is concerned. But before we get caught up in getting wowed about the Grizzlies’ victories so far and how they’ve outscored Portland by 14 points and 15 points in Game 1 and 2, respectively, can Memphis replicate its great home performance on the road?Well, impressive as the Grizzlies have been at home, they recorded just 3 wins in their last 10 road games (3-7 SU), representing one of the poorest road records the teams currently playing in the playoffs. Meanwhile, despite having a poor record in their games away from Oregon, the Blazers won 7 of their last 10 home games (7-3 SU). Therefore, although Memphis are the in-form team of the two, it would be crucial to be keenly mindful of the Grizzlies’ road record against the Blazers’ home record. 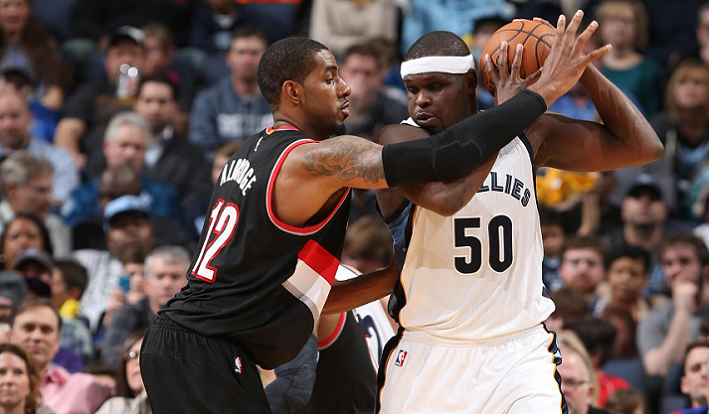 Of course, the poor road record doesn’t mean Portland is in the clear, as it has several issues of is own to sort. For instance, despite leading the Trail Blazers with a double-double of 24 points and 14 rebounds in Game 2, LaMarcus Aldridge struggled in his shooting by going 4-of-6 from the floor in the initial 12 minutes, before going just 3-of-14 in the rest of the game. Additionally, after going 5-of-21 from the field in Game 1, Portland’s star guard Damian Lillard continued with his struggles in the 97-82 loss to Memphis on Wednesday, scoring 18 points from the floor on 5-of-16 shooting. No doubt, the Blazers’ Game 2 was limited by key injuries (including Chris Kaman, Arron Afflalo and Wesley Matthews), but even with the injuries considered, Portland’s usually potent offense was lacking in creativity, while the bigs in Portland failed to fight well for the team, especially in rebounds.Fortunately for the Blazers, forward Kaman is listed as day-to-day, while Afflalo is probable for Game 3. If either, or both, players make it back to Saturday’s line-up, Portland should be greatly boosted for a strong home showing.

It would however be a lie to say that the Blazers will be having it all easy at the Moda Center than they did at the Grindhouse. Even when Memphis’ frontcourt duo of Marc Gasol (15 points, 7 rebounds and 5 assists in Game 2) and Zach Randolph (10 points and 10 boards in Game 2) played decently, but failed to light up the scoreboard well-enough on Wednesday, the backcourt duo of Courtney Lee and Mike Conley still came up big with 18 points apiece. This was after Conley and Beno Udrih combined for a total of 36 points in Game 1. In short, the Grizzlies have sufficient talent to rack up a good number of points, whether or not their star players are firing hot, hence giving them a lot of depth. 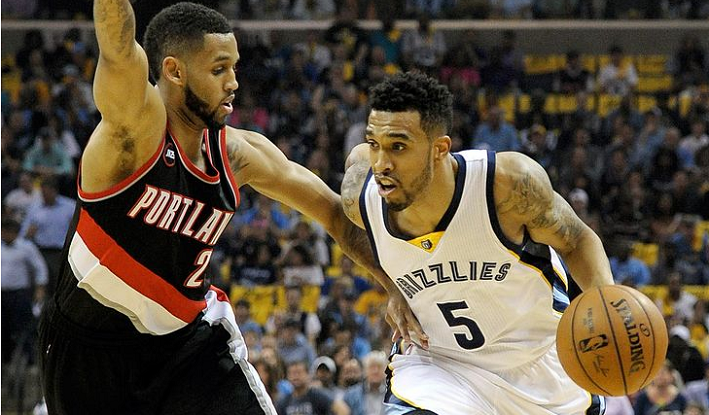 And as far as the defense is concerned, Memphis’ Tony Allen is enjoying his postseason with four steals and four blocks already in his name in the series. Meanwhile, as a unit, the Grizzlies have held the Trail Blazers to a pathetic 36 percent shooting in the first two games of the series, including just 30 percent three-point shooting. If Memphis can continue to play in the same way it has done in Game 1 and 2, the team should thus be able to have another productive night against the Blazers tonight.

Portland finally gives a solid performance to get a narrow win over Memphis, as the total goes high enough for an OVER.
Older post
Newer post