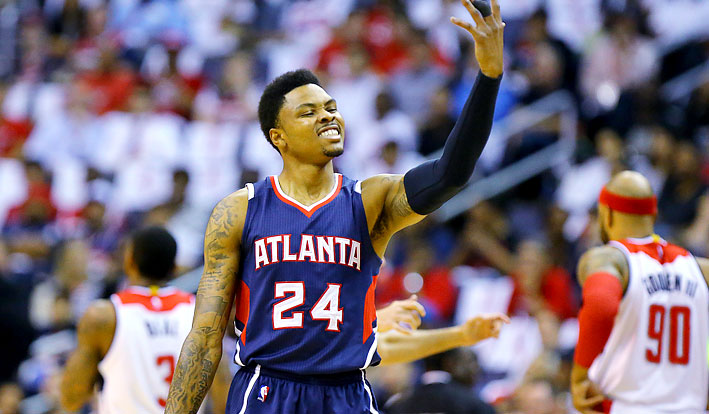 NBA News and Rumors
Getting the top seed after a long NBA season is quite an accomplishment, but it really means nothing once you get to the playoffs. After all, who remembers the winners of each conference by the time the champion is crowned? The postseason requires that a team develop a killer instinct in order to move on, and that is something that the Atlanta Hawks appear to be missing at the moment.

Date: Wednesday, May 13, 2015 Time: 8:00PM Venue: Philips Arena Opening Line: Atlanta -9.5 The Hawks looked like they were going to make pretty short work of the Nets in the opening round until they took their foot off the gas and eventually won the series in 6 games. Against the Wizards, it’s fair to say that Atlanta has squandered a great opportunity to be in control of the series. They have continually missed open shots, many from 3-point range, and had one of the most heartbreaking losses ever in Game 3. The Hawks found themselves down by 21 in that one, but were able to claw their way back to tie things up, only to be done in by a buzzer-beater from Paul Pierce. The good news for the Hawks is that Jeff Teague finally got rolling in Game 4, which really was a must win for the birds. They looked a whole lot more composed offensively, which is how they are going to have to remain if they hope to move on in a series that has now become a best of 3. 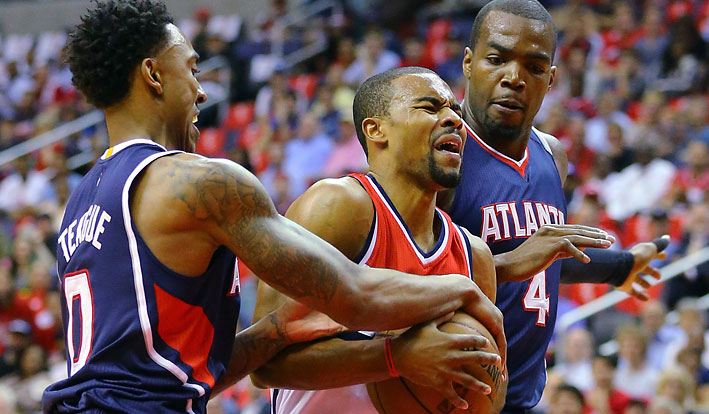 The timing was certainly good for the Hawks offense, as they had to be solid to keep up with what the Wizards were doing in Game 4. Bradley Beal and Paul Pierce in particular were on fire. The irony here was that Pierce looked as though he wasn’t going to miss a shot all night until he was presented with one that really mattered. With just 6 seconds left on the clock, Pierce had a wide open 3-point opportunity that would have tied things up, but it was one that he squandered. That single shot may well have changed the whole momentum of the series, especially with the teams now having to play 2 of the final 3 games in the series at Phillips Arena in Atlanta. The Wizards have to feel that Game 4 was one that they let get away.

This is a series that looks destined to go 7 games, as neither team has really asserted any sort of dominance over the other. You have to give the edge to the Hawks with those 2 home games to come, and I think they get the win on Wednesday night.   Sources Youtube.com (https://youtu.be/KGnTSu0orgc) ESPN.com (http://espn.go.com/nba/player/_/id/6580/bradley-beal)
Older post
Newer post