NBA News and Rumors
The Dallas Mavericks selected three players in the first round of the 1985 NBA Draft, most notably taking Detlef Schrempf with the No. 8 overall pick. If Karl Malone had his way, things would have been much, much different — for him, online betting fans and the franchise.The Hall of Fame forward, who was drafted by and played 18 full seasons with the Utah Jazz, made an admission to Shan & RJ on 105.3 The Fan Thursday.“I must admit something. I really and truly was so disappointed that the Mavericks didn’t draft me,” said Malone.“The Mailman” says the Mavs visited with the Louisiana Tech star seven or eight times leading up to the draft. Dallas passed and No. 8. Malone was drafted by the Jazz with the 13th pick.“I was just convinced that they were going to draft me,” said Malone. “I just always grew up wanting to play with the Mavericks if I had the opportunity to play at the next level. They didn’t, so it hurt my feelings for about 10 years. But it worked out unbelievable for me in Utah.” 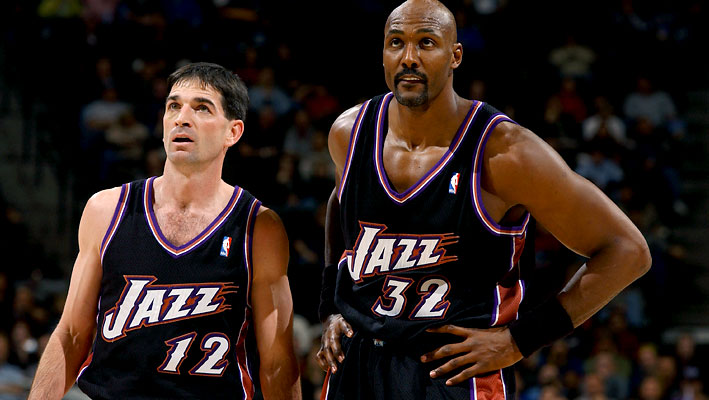 Karl Malone primarily wanted to play closer to his hometown of Summerfield, Louisiana. Dallas is just a short four hour drive away.Not only did the Mavs whiff on the draft selection — they subjected themselves to a more focused, motivated Karl Malone in subsequent years.“I must admit that for my first 10 years playing against the Mavericks, I wanted to beat them really bad. I got to say that and get it off my chest.”Malone went on to become a two-time MVP, 14-time All Star, and the second leading scorer in NBA history. Schrempf played three full seasons in Dallas, starting 22 games, before being traded to Indiana. In all, he played 16 seasons and was selected to three All Star games. 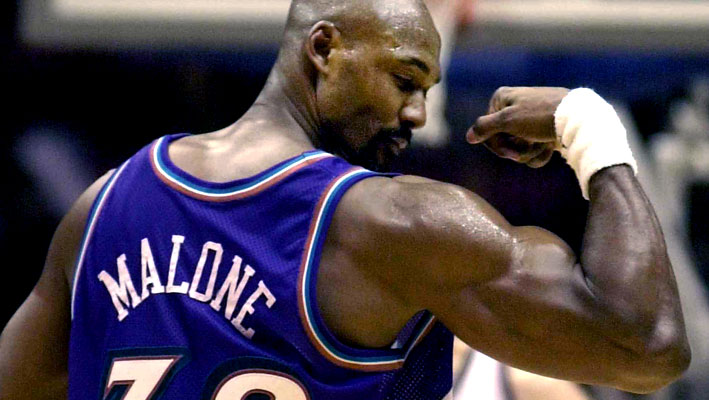 It’s not like Malone’s career was affected in a negative way, though. He led the NBA in free throws made a league-record seven times. He was a physical defender and rebounder, and one of the most durable players ever in the NBA, missing a total of only five regular season games in his first 13 years in the league. He maintained a high level of play even at age 40, becoming the oldest player to both log a triple-double and to be a starter on an NBA Finals-bound team. Malone’s work ethic showed prominently in his formative years in the NBA, when he raised his free throwshooting percentage from below 50% to 75%.Malone wore number 32 for the Utah Jazz. He wore number 11 for the Los Angeles Lakers (number 32 was retired honoring Magic Johnson, though Johnson himself offered to have it unretired for Malone to wear, an offer Malone refused) and also for the Dream Team (the players wore 4 to 15 to adhere to FIBA rules). 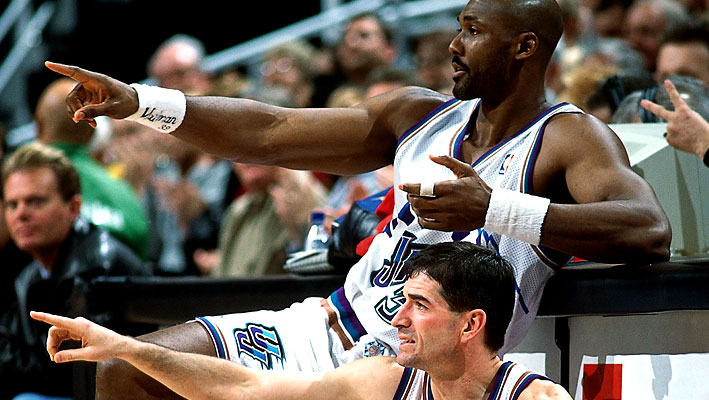 Over 1,476 NBA games (fourth all-time), and 1,471 starts (most all-time, never coming off the bench after his rookie season), Malone scored 36,928 points (25.0 per game), second-best all-time, on .516 shooting. His high field goal percentage benefited from three factors, namely, the pick-and-roll offense; his physical power, enabling him to overpower most forwards, and his ability to run the court, allowing him to convert fastbreak dunks and lay-ups off assists by John Stockton. Malone notched 10.1 rebounds and 1.41 steals per game for his career. In addition, Malone played 1,412 games with Stockton, most all time for two players on the same team, and missed just eight games out of a possible 1,442 games during his time with the Jazz (3 because of suspension).SourcesNBA.com (http://www.nba.com/history/players/stockton_summary.html)Wikipedia.org (https://en.wikipedia.org/wiki/Karl_Malone)
Older post
Newer post