NBA News and Rumors
Durant has had to weather a lot of obstacles to become the NBA Superstar he is today. He had to settle for the loser’s medal in 2012 when his team lost in the NBA Finals. He has finished at No. 2 four times in the MVP voting, falling in the shadow of players like LeBron James. And just when he was supposed to have a big year in the 2014-15 season after leading the league in scoring and winning the NBA MVP Award in the 2013-14 season, he had an injury-riddled season that limited him from making a mark for the Oklahoma City Thunder. After undergoing a number of surgeries, Durant is set to make his comeback in the NBA in the new season, hoping to make up for lost time. Even more importantly, Durant needs to boost his stock as a player, as he will be a free agent in 2016, meaning a lot of zeros in his next contract will heavily depend on how he impresses or falters in the NBA betting lines. 2016 is still far from started, but that has not stopped the media and basketball enthusiasts from weighing in on his free agency, trying to predict where he will end up signing to as a free agent. With not so much to go with, other than rumors and well-deduced speculations, here is our version of the possible free agent destinations for Durant in 2015, excluding OKC, who already have the upper hand by virtue of Durant being their current player: 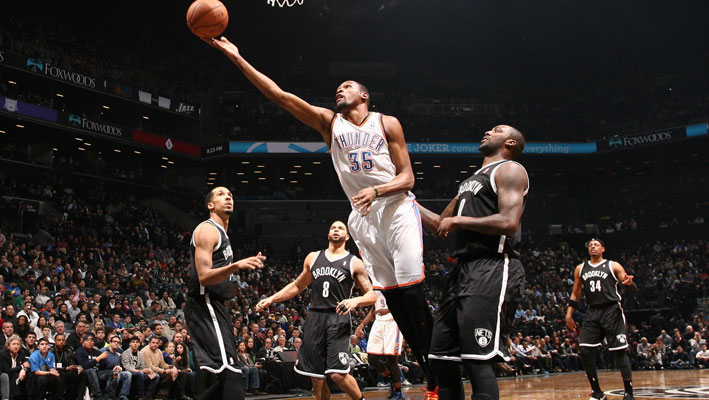 Do not be blinded, the Nets have Durant as a target in-as-much as it has not been revealed yet. The 25 year old offensive juggernaut is amongst the best players in the league, and the Nets (who’ve needed a sharpshooting franchise player for a long time) would nearly do everything in their power to get Durant if he ever became available in the free agency. Following the recent offseason signings and trades, the Nets reportedly have around $9.8 million to use in the new season. This is even without considering the team options totaling to approximately $4.8 million. Simply put, the Nets have pockets that are deep enough to swallow Durant’s needs and offer him a marquee deal. 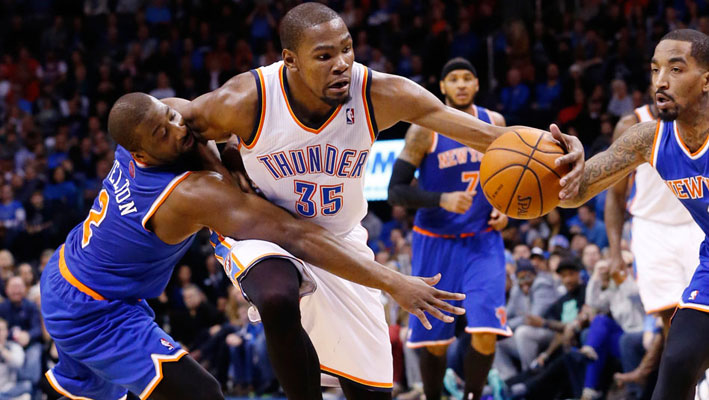 One reason cited as to why Durant could leave the Thunders is because he is such a big commodity for a “small market” like Oklahoma. What raises his stakes is his good attitude off the court and brilliant ability on the court. Besides Los Angeles, the other big market in the NBA is New York, with the Madison Square Garden being the heart of all sports. The Knicks only have Carmelo Anthony and Jose Calderon on a long term contract until 2017, so signing a big-status player like Durant should be appealing and possible for them. 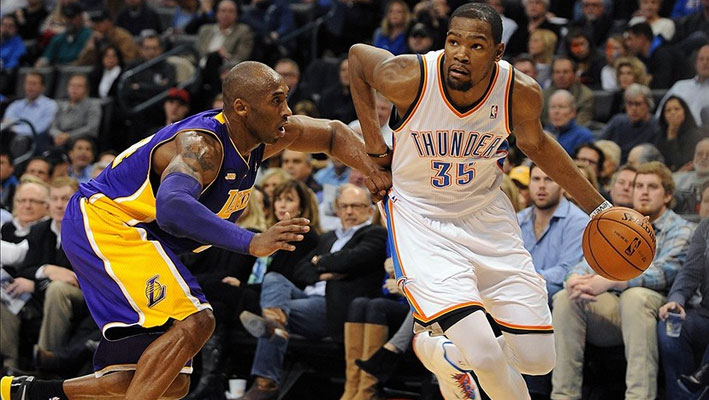 Kobe Bryant’s contract will end in 2016, bringing a possibility of him leaving the Lakers and possibly quitting the game. At that same time, Durant’s contract will be running out, setting up an easy math of minus Bryant and plus Durant to keep LA equation balanced. Getting Durant at that time will be perfect, as it will make him a glove-like fit for a man that has faithfully served the Lakers for almost 20 years. The Lakers lost big in free agency in 2014, but they said they’d make amends by recruiting big in 2015 and 2016. The 2015 chapter has been evidently good, so 2016 should be similarly good, if not better. Admit it; wouldn’t it be nice to see this star shine in the bright lights of Los Angeles? 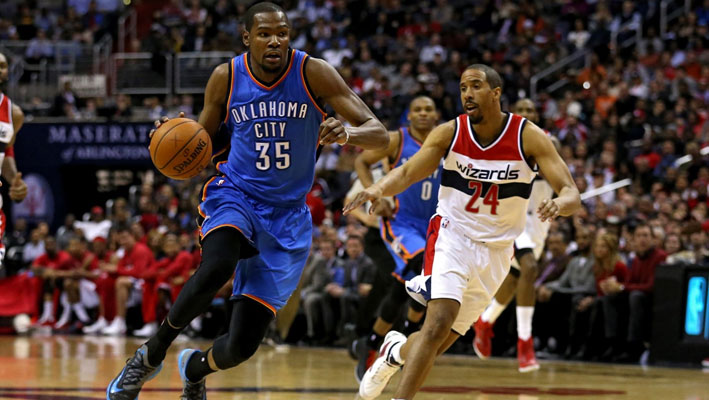 The 2014 free agency theme was “coming home”, spurred by the return of LeBron James to Cleveland. The NBA could experience this again in 2016 if Kevin Durant heads to Washington. Although Durant has often hogwashed the return to his hometown, his MVP speech in at the end of the 2013-14 season was full of admiration for his roots in Washington. The Wizards are in the process of strengthening their firepower and getting that one piece that would push them higher than just reaching the playoffs. Adding Durant to the fold would definitely take them to the next level, making them solid contenders for the NBA Championship, starting right away in the 2016-17 season. Sources:SI.com: http://www.si.com/nba/2014/07/11/lebron-james-cleveland-cavaliersESPN.com: http://espn.go.com/nba/story/_/id/12003449/kobe-bryant-retire-2015-16-season-los-angeles-lakers-gm-mitch-kupchak-believes
Older post
Newer post