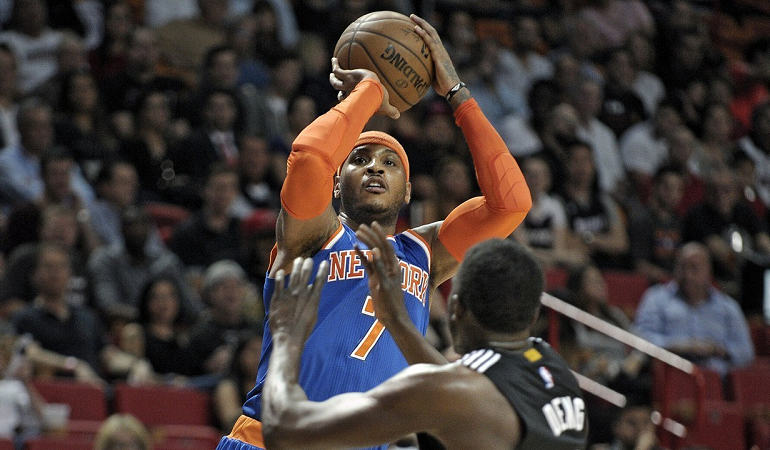 NBA News and Rumors
As a number of teams are battling for valuable playoff spots at this stage of the season, there are some that are already looking ahead. You know that your team is not very good at all when they are officially eliminated from postseason play with a month still to go in the regular season and the NBA odds put them as the league’s laughingstock. Three teams are in the position right now, and one of them has to go against the defending champions on Tuesday night.
Date/Time: Tuesday, March 17th, 7:30 PM
Location: Madison Square Garden, New York, New YorkSpread: Spurs -13
The New York Knicks have the worst record in the NBA with just 13 wins on the season. The biggest issue that the Knicks have had to deal with this season is scoring enough points to be competitive. They are near the bottom of the league in scoring with just 92.3 PPG. Carmelo Anthony, with 24.2 PPG, has been the architect of most of the scoring for the Knicks, but it has at times been a one man task, as he is lacking any kind of real support. Team president Phil Jackson has already made it known that things are going to get blown up in the off-season, and that the team will be extremely active in the free agent market. For now, fans are just going to have to suck it up, grit their teeth, and watch their team continue to struggle for the remainder of the season.