NBA News and Rumors
Lebron James and Kobe Bryant are two very different players, as Kobe has been a point guard (and a two guard) at different points in his career, while Lebron has been more of a 3 or 4 the majority of the time. Even so, it’s interesting to look and see how the two players compare at the end of the 2014-2015 season if you look at their entire careers.Kobe has played 19 seasons (1997 to 2015) while LeBron has played 12 (2014 to 2015). Kobe Bryant has five NBA titles, while Lebron only has two, both with Miami. He has been to the NBA betting finals twice with Cleveland as well, but the team has fallen short each time.Kobe has gone to the playoffs 15 times in 19 seasons (but not the last four). Lebron has been to the playoffs 10 times in 12 seasons, including the last 10 in a row. Kobe has been named to an All-Star game in 17 of his 19 seasons, while LeBron has been in 11 of his 12 seasons. How about individual awards? Lebron has been league MVP four times to once for Kobe. Both have been the MVP of the NBA Finals twice. Kobe has been on 11 All-NBA First Teams, while Lebron has been on nine. Kobe has been on nine All-Defensive first teams, while Lebron has been on five. Kobe has led the league in scoring twice, to once for Lebron. Lebron won Rookie of the Year his first season, while Kobe did not.How about statistics? Over his career, Lebron James averages 27.3 points per game, to 25.4 for Kobe. James outrebounded Kobe, 7.1 to 5.3. He also gives out more assists (6.9 to 4.3) and steals more balls (1.7 to 1.5). 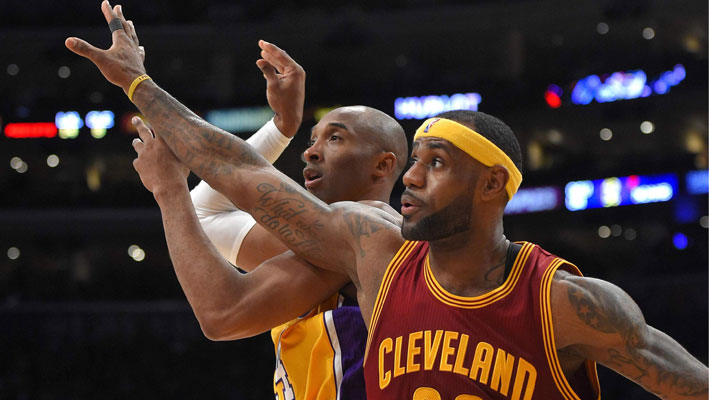 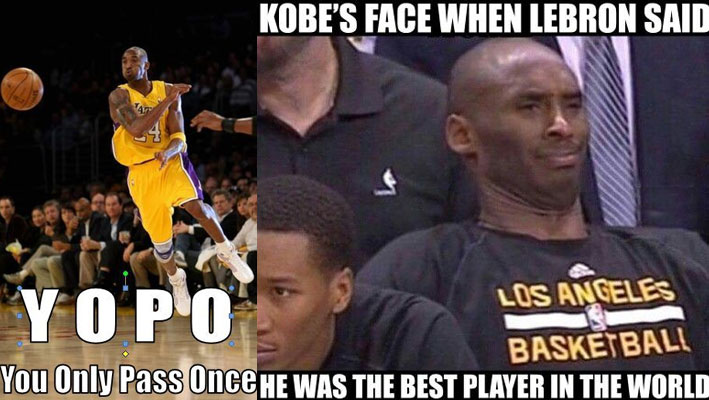 What about postseason performance? Lebron has more points per playoff game (28.2 to 25.6), rebounds per playoff game (8.8 to 5.1) and assists as well (6.7 to 4.7). Lebron’s best postseason was 2009 when he scored 35.3 points per game; Kobe’s best postseason for scoring was 2007, when he averaged 32.8 points per game.So while the statistical totals are close in terms of average, Lebron still has a long way left to go in his career. As time goes by, he will eclipse the marks that Kobe has set – and likely end up winning more titles, even though he didn’t get to start his career having a dominant center (yes, Shaquille) on his team like Kobe did.Sources:Basketball-reference.com: http://www.basketball-reference.com/players/b/bryanko01.htmlESPN.com: http://sports.espn.go.com/nba/recap?gameId=260122013
Older post
Newer post