NBA News and Rumors
The Portland Trail Blazers bought themselves one more chance to stay in the playoffs by recording a priceless Game 4 victory over the Memphis Grizzlies on Monday Night. The two teams will hit the hardwood together on Wednesday in Game 5 of their first round series. Can the Blazers force a Game 6 by beating Memphis on the road, or will the Grizzlies secure their date against the Golden State Warriors in the second round by winning this matchup? Let’s find out in the brief NBA Odds preview prepared for you in the section below.

Venue: FedExForum, Memphis, TennesseeDate: Wednesday, April 29, 2015Time: 9:30 PM ETTV: TNT/ KGWSeries Standing: Grizzlies lead the series 3-1To earn one more chance of staying in the playoffs, the Blazers will still have to work exceptionally hard because a home defeat in such a crucial game is just not something the Grizzlies experience very often. In their last 7 home games, the Grizzlies have won and covered all but one of the games, with their first two wins of the series also coming at home through a pair of blowouts (100-86 in Game 1 and 97-82 in Game 2).It is essentially because of their solid home record that the Grizz enter this game as decent favorites to beat Portland. In Mike Conley’s probable absence on Wednesday, expect Beno Udrih and Nick Calathes to continue getting more minutes in Memphis backcourt, especially after the two players combined for 42 points on Monday. Also, be on the lookout for Courtney Lee (19 PPG in the last 3 games of the series) getting some quality minutes. 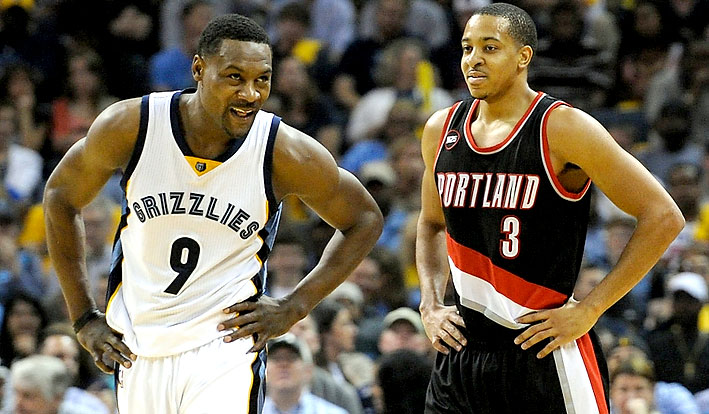 On the frontcourt, Marc Gasol (averaging 19 PPG on 38 percent shooting in the series) and Zach Randolph (13.5 PPG on 34 percent shooting in the series) are likely to be the starters, though more output will be required for them, considering the fact that their tame numbers have adversely affected the team, as was evidenced in their loss in Portland on Monday.For the Blazers, playing on the road has never been one of their strong suits, with a 0-6 record in their last 6 road games indicating just how bad they have been away from home. Even so, the Blazers should be buoyed of taking their chances after earning the morale-boosting 99-92 win over Memphis in Game 4. Damian Lillard, who’s struggled a lot in his first three games in the series, was apparently the hero of Monday’s win, posting a game-best 32 points, including 12 crucial points in the final 8:48 of the matchup.Monday Night’s victory was however far from a one-man affair, with the bench particularly boasting of a strong performance from Meyers Leonard who finished game on a double-double of 13 points and 13 rebounds and C.J. McCollum who racked up 18 points on 8-of-12 shooting, including a perfect 2-of-2 from the three-point line. The versatility of this bench will be crucial, especially if LaMarcus Aldridge struggles in the same way he did in Game 4, finishing with 18 points and 12 points, but on a rather average shooting performance. 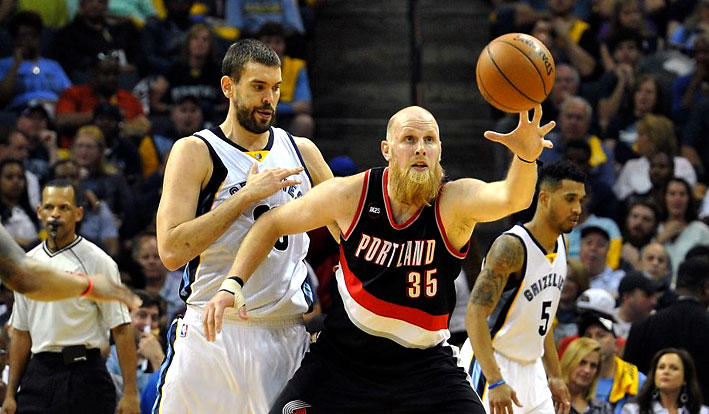 Defensively, finding a way to contain Udrih and Calathes will be the biggest priority for Portland, with limited time and space also being given to Memphis frontcourt duo of Gasol and Randolph, who can both be dangerous in the attack, given a chance.

Impressive as it was that Blazers finally got on the winning column, it doesn’t look like they will be staying longer in the playoffs, mainly because of their poor record on the road. For this reason, expect Memphis to record a rather comfortable win plus cover in this duel, with an UNDER looking most probable in the total NBA betting lines.SourcesESPN.com (http://espn.go.com/nba/recap?gameId=400790958)CBSsports.com (http://www.cbssports.com/nba/eye-on-basketball/25163768/lamarcus-aldridge-on-whether-portland-is-his-no-1-option-well-see)
Older post
Newer post