NBA News and Rumors
The biggest surprise through the first 4 games of the Clippers/Rockets NBA betting series has been the perceived lack of hustle and effort from Houston. With back to back blowouts delivered in Games 3 and 4, it really looked as though Houston had a problem, but they finally bounced back with a solid effort in Game 5, winning 124-103 on home court. The bad news is that the now need to head back to the Staples Center on Thursday night for an elimination game.

It was no real surprise that James harden was the catalyst for the big win, as he has been the talisman for the Rockets all season Harden delivered his first career playoff triple double, and was aided by the efforts of Dwight Howard, who had essentially been nothing more than a spectator to that point in the series. Houston also got a very nice boost from inserting Josh Smith into the lineup, as his energy seemed to really have a knock-on effect on the rest of the lineup. The infectious energy rubbed off on everyone, including Trevor Ariza, who delivered 22 points and 8 rebounds as the Rockets dominated every facet of the game. This was the first time that the team had come together this way in the series, and the question still remains as to whether or not they can do it again in Game 6. 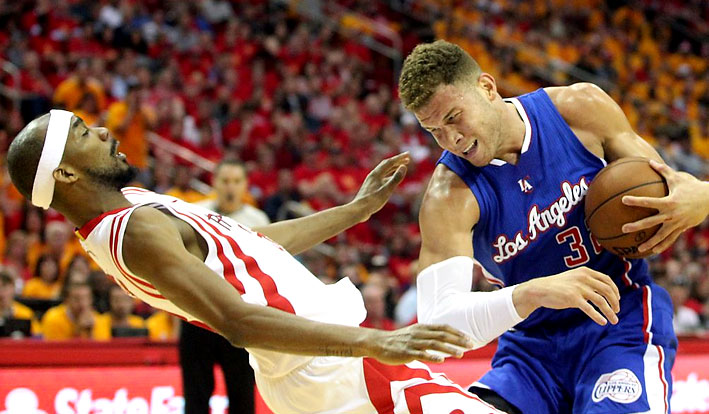 The Clippers have been something of a surprise in the playoffs, and you have to say that it is their bench that has been the play of the supporting cast. You pretty much know what you are going to get from Paul, Griffin, and Jordan on any given night, but it’s what they get from the likes of Austin Rivers, Jamal Crawford, Matt Barnes, and JJ Redick that can win or lose them the game. That quartet only managed to go 8 of 41 from the field in Game 5, which was a major contributor to the nature of the loss. The reality of the matter was that the Clippers seemed to be surprised by the physicality of the Rockets, which was something they hadn’t seen prior to this game. There may also have been a sense that the job was already done, which is a mistake when you are playing a team of the caliber of the Houston Rockets.

The LA Clippers proved in Round 1 that they are a talented, mentally tough team that can overcome adversity. I don’t think they will have any problem rebounding from this defeat, and I expect them to close out the series on Thursday night.   Sources ESPN.com (http://espn.go.com/nba/player/_/id/2384/dwight-howard) NBA.com (http://www.nba.com/playerfile/jamal_crawford/)
Older post
Newer post