NBA News and Rumors
The Atlanta Hawks have roared out to a 2-0 lead in their opening round series versus the Brooklyn Nets, which isn’t entirely surprising. The Hawks swept the regular NBA betting season series, winning the games by an average of 17 points. Things have been a little tougher in the playoffs, though.

Date: Saturday, April 25th, 2015 Time: 3:00PM Venue: Barclays Center Opening Line: Atlanta -2.5 The good news for the Hawks is that they look to be healthier heading into Game 3. Al Horford suffered a pinky injury in Game 1 that left his Game 2 appearance on shaky ground. He did play, and managed 14 points, 13 rebounds, and 7 assists. Paul Millsap is expected to be one of the keys to the success of the Hawks in the postseason, but he was not at his best in the opener. He bounced back nicely in Game 2, though, chipping in 19 points. It was a much better all-around performance for the Hawks in the second game, as they were more than a little sloppy in the first. Jeff Teague and Dennis Schroder were prone to turnovers in Game 1, but the Hawks only gave the ball away 8 times in Game 2, which is why they have been able to limit what the Brooklyn Nets can do on offense. 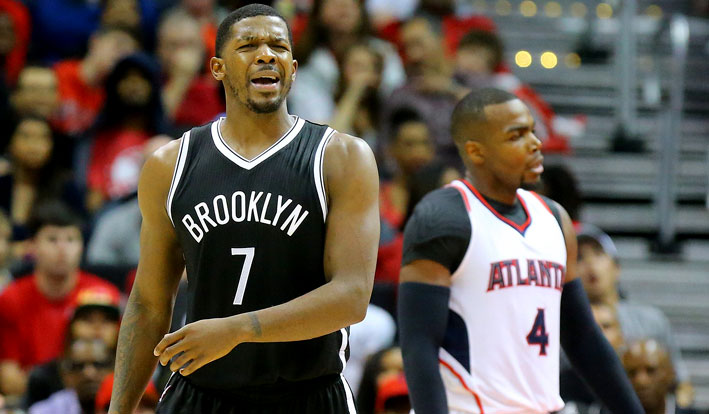 The Nets will almost certainly get a boost by heading home on Saturday for the first of 2 games, but they are still going to have to figure out a way to somehow break down a Hawks team that they have been unable to beat for 6 straight games now, stretching back to the regular season. On the positive side of things for the Nets, they are dominating the rebounding battle against an admittedly small Hawks team. They are also getting some great production from Brook Lopez, who is averaging 18.5 points and 10.5 rebounds in the first 2 games of the series. Lopez cannot get the job done on his own, though, and he needs help from his supporting cast. Both Deron Williams and BojanBogdanovic have been struggling through the first 2 games, and Joe Johnson is missing the opportunity to stick it to his former team by struggling in the shooting percentage department.

This series is beginning to look as though it might be heading in the direction of a sweep, and you get the feeling that Game 3 represents the Nets best chance of avoiding that. Brooklyn will probably try to get off to a fast start, but if they continue to struggle against the Hawks defense, this game could get away from them. I like the Hawks to win this one and take a 3-0 series lead.
Older post
Newer post