NBA News and Rumors
There is nothing more devastating to a team than having defeat snatched from the hands of victory, which is exactly what happened to the New Orleans Pelicans in Game 3 of their series versus the Golden State Warriors. Leading by 20 points, the Pelicans looked set to get back into the series, but a barnstorming comeback from the Warriors, including a ridiculous last second 3-pointer from Steph Curry, took the game to OT. The Warriors won, and are now set as online sports betting favorites to hammer the final nail in the Pelicans coffin on Saturday.

Date: Saturday, April 25th, 2015Time: 8:00PMVenue: Smoothie King CenterOpening Line: Golden State -6Despite the 3-0 lead that the Warriors hold, things have been much closer than they would appear on paper. It is often the small details that separate the great teams from the good, and the Warriors have been winning all those small battles. There are very few players in the league who could have made the shot that Curry did to take Game 3 in overtime. This series is actually great preparation for the Warriors, who are likely to face tougher battle as the postseason progresses. Being able to add a little bit of grit and mental toughness to their elite shooting play sets them up nicely for a very, very deep run. 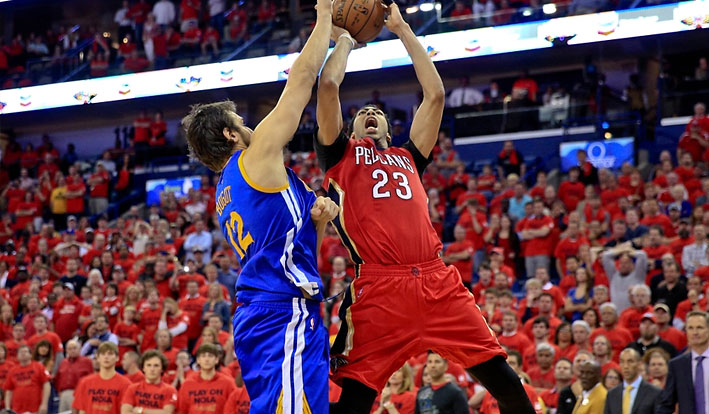 The only way to gain postseason experience is to play more games, which is all the Pelicans are really trying to do at his point. They have a bright future in the form of Anthony Davis, who has shown that he is indeed the real deal during this series. The Pelicans have also been getting a ton of help from their bench, with Ryan Anderson, Tyreke Evans, and Norris Cole all making strong contributions with limited playing time. The fact that so many Pelicans players have played well in losing causes speaks volumes to just how good this Warriors team really is. The Game 3 loss was a heartbreaker that is going to be tough to recover from, but you can bet that this group will want to give their home fans one more thing to cheer about before their season officially comes to an end.

The Pelicans have been good, and have put up a great fight against a team that very much looks like a potential NBA champion. I expect another good effort on Saturday, but believe it will be in a losing cause once again.
Older post
Newer post