NBA News and Rumors
This year’s NBA draft welcomed some of the best young talents to the league. With the NBA approaching, every 2015 draftee will be fighting to make an impression and help his team to win more regular season games and succeed in the NBA betting odds. In the meantime, though, here are a number of players who are expected to make an immediate impact in the league and probably win the Rookie of the Year Award.

Okafor (NCAA champion in 2015) has a promising career, having shown a lot of prospects during his college games. The 19-year old is expected to have great impact and lighten up the Philadelphia’s 76er’s scoreboard whenever he will be called upon in the court. During the summer league, Okafor averaged at 15.8 points with 8.4 rebounds. For the 76ers, he should get better and average around 18 points and nine rebounds or even more. Although Okafor is an assassin when it comes to scoring, he has never impressed on the defense yet, something that he could get to learn as he grows in the game.

this man @Dloading is going to be the next laker great. #LakersNation RT until he sees this. #Loading2Legend ☝️ pic.twitter.com/mxTeoKnqQx

Many people least expected the Lakers to draft Russell over Okafor, but they actually did. Russell (a Consensus first-team All-American 2015) was among the most consistent players in the nation during his freshman season at Ohio State. Despite failing to impress during the summer games, fans and basketball pundits are still hopeful that Russell could heat up and become a blazing player once the season starts. In college, he was a terrific shooter and a playmaker, giving him many admirers across the league, and if he can find his footing in the Pros, he could average well over 15 points and six assists per game.

Having traded Ty Lawson, who was their best player last season, Mudiay will get a chance to take full responsibilities at starting point guard. During the summer league, the McDonald’s All-American 2014 player averaged 12 points and 5.8 assists. More importantly, Emmanuel Mudiay possesses terrific size and is an amazing playmaker who can attack the basket at any slight available opportunity during the game. Since he will get a starting role with Denver, he should be a solid dark horse to win this year’s award. 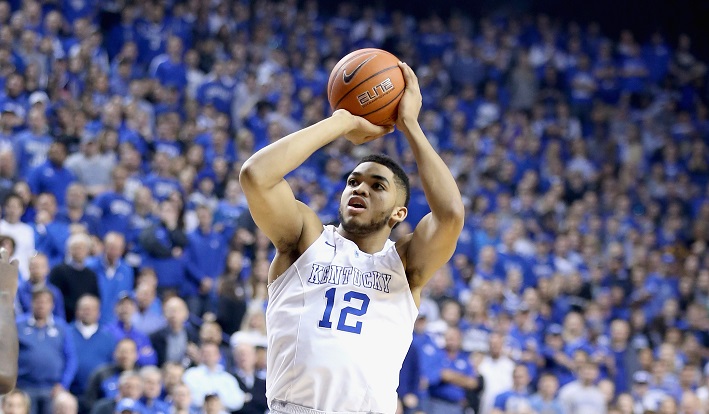 Towns (SEC Freshman of the Year 2015) was the first pick in the NBA for the right reasons. He has the ability to take his man to the block with his solid post-move, while his proven potential to shoot jumpers makes him hard to defend against. Towns is also a remarkable shot-blocker, which he proved during his lone season at Kentucky. During the summer league, Towns had his difficulties, but still managed to average at 12.8 points with 7.2 rebounds. This year, expect Towns to average slightly above those numbers for Minnesota.

Johnson was selected with the eighth pick in the NBA Draft, standing among the most intriguing top-10 selection prospects. The 6-foot-7 winger is comes with lots of potential as a two-way player. Johnson is capable of playing as a lockdown defender and has a solid mid-range game. During his time with Arizona, Stanley Johnson averaged 13.8 points and 6.5 rebound in his lone season. In the summer league, he superbly averaged 16.2 points and 6.8 rebounds. With his escalating numbers, the sharpshooting could even get better with the Pistons this year, improving on his summer record. Sources: Wikipedia.org (https://en.wikipedia.org/wiki/Emmanuel_Mudiay) ESPN.go.com (http://espn.go.com/nba/player/_/id/3134881/stanley-johnson)
Older post
Newer post