NBA News and Rumors
Given a chance to kickstart their title-defending campaign on a winning note, the San Antonio Spurs (the defending NBA Champs) looked bereft of ideas and failed miserably, losing 107-92 to the Los Angeles Clippers on Sunday. But thanks to the favorable NBA Playoff rulebooks, the Spurs have a second chance this Wednesday (and five more opportunities after that) to get maximum revenge on the Clippers. Will we have another convincing show by the Clippers, or will the Spurs get into playoff character to tie the series? Read on below to find out in the online betting preview below, which includes free NBA betting picks specially prepared for you.

Venue: Staples Center, Los Angeles, CaliforniaDate: Wednesday, April 22, 2015Time: 10:30 PMTV: TNT/ FSSW/ FSW2Opening Line:Los Angeles -1While the Clippers commendably had one of their best showings of the season, with the majority of their stars shining brightly, the veteran Spurs players were a shadow of their expensive experience, playing like debutants in the postseason games.Comparably, Chris Paul led Los Angeles with a game-high 32 points, 7 rebounds and 6 assists, while Blake Griffin was equally (if not more) impressive with 26 points, 12 rebounds, 6 assists, 3 steals, 3 blocks and a couple of ‘OMG!’ dunks. Meanwhile, DeAndre was Jordan with 14 rebounds and 4 blocks, and Jamal Crawford came off the bench to decently rack up 17 points on 7-of-10 shooting. Even J.J. Redick, who didn’t have the best of nights, still managed to collect 10 points from the game. 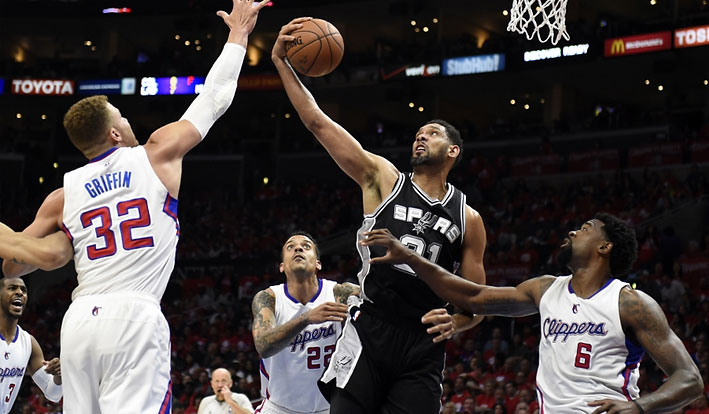 On the flipside, the only Spurs star who kept his stat profile alive was Kawhi Leonard, who picked up 18 points on 7-of-12 FGs, 6 boards and four steals. The usually-entertaining Tony Parker barely made his mark, going 4-of-11, Danny Green did worse by going 2-of-11, while San Antonio’s bench combination of Boris Diaw, Aron Baynes and Manu Ginobili managed to just go for a combined 7-of-29 shooting. In short, it was a pathetic night for San Antonio fans, as their team shot 54 percent from the free-throw line, 36 percent from the field and 30 percent from downtown.Looking ahead to Wednesday’s game between these two teams, it stands to reason that the Spurs are likely to improve and play a better game, as they’ve severally done on the games following disappointing results.To assist their bounce-back agenda, two things will need to happen. Firstly, considering the Spurs’ are a top foul-shooting team in the league, hitting .780 of their shots from the free-throw line and are impressively averaging 24.4 assists per game, San Antonio’s offense will need to move the ball better and strive to get into the paint for fouling opportunities that could help them get some decent points against the Clippers. Secondly, San Antonio’s top notch defense (ranked second-best in the NBA with a defensive efficiency of 99.6) will need to tighten things up against CP3 and his compatriots. 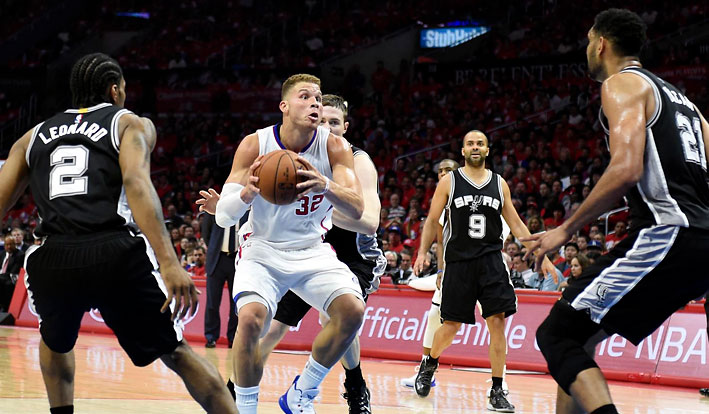 For the Clippers, getting a second win will greatly depend on their star-studded starters. After playing brightly to help Los Angeles win 14 of its last 15 regular-season games, and then proving that the team’s surging form was not a fluke by beating the Spurs fairly and squarely in Game 1, I don’t see the Clippers shifting down on their gears. Still, besides using their league-best assist-to-turnover ratio at 2.10 and their league-best offensive efficiency of 109.5 to terrorize the Spurs, the Clippers’ defensive maestros (mainly Jordan and Griffin) must improve their guard on the paint, where the San Antonio’s Parker, Leonard and Tim Duncan are known to exploit through jump shots and lay-ups.

Though the Spurs are likely to play a stronger game, which will see Game 2 end with a tighter margin than in Game 1, the Clippers should be able to give another memorable performance, getting the better of San Antonio to go 2-0 in the series. Simply put, take both teams to score at least 95 points each, but with Los Angeles winning the game by a single-digit margin, as the total just about stays UNDER.
Older post
Newer post