NBA News and Rumors
The NBA, one of the four biggest professional sports leagues of North America, has undergone many transformations since it was founded on June 6, 1946 in New York City. Part of the many changes in the league is the issue of teams relocating from one city to another due to reasons like poor game attendances, lack of profitability for franchise owners, management changes, and poor accessibility for visiting teams –all which affect NBA betting results. In fact, going by the potential benefits of relocating to new locations (including strong fan bases, good profits and “better” competition), moving from one place to another has been a popular trend in the league over the recent years.But even such benefits, some teams have been very resolute about maintaining their current locations. Specifically speaking, the following 14 (of the current 30) teams in the NBA have remained unmoved from the locations where they were founded:• Boston Celtics (founded in 1946)• Chicago Bulls (founded in 1966)• Cleveland Cavaliers (founded in 1970)• Dallas Mavericks (founded in 1980)• Denver Nuggets (founded in 1967, formerly the Denver Larks and Denver Rockets)• Indiana Pacers (founded in 1967 in the ABA)• Miami Heat (founded in 1988)• Milwaukee Bucks (founded in 1968)• Minnesota Timberwolves (founded in 1989)• New York Knicks (founded in 1946)• Orlando Magic (founded in 1989)• Phoenix Suns (founded in 1968)• Portland Trail Blazers (founded in 1970)• Toronto Raptors (founded in 1995)In contrast, a total of 22 teams (some of which are now defunct) have relocated to different cities, with the most recent of those relocations being the movement of former Seattle Supersonics to Oklahoma City in 2008, leading to a change in their name to Oklahoma City Thunder.Interestingly, since the relocation by the Thunder (which was in favor of OKC’s new owner who lives in Oklahoma City), the team has made a lot of positive strides. For example, the league’s leading point scorers in the last two seasons (Kevin Durant and Russell Westbrook) have come from OKC. Moreover, the Thunder have successively won the last four Northwest Division titles (2011, 2012, 2013 and 2014), with five successive playoff appearances between 2009 and 2013, four conference semifinals appearances, three conference finals appearances, and an NBA Finals appearance in the 2011-2012 season (where they lost to Miami Heat).Evidently from the OKC’s transformation from a non-competitive team to one of the best teams in the league due to relocation, a solid case could be made about the chances of a team’s improvement due to the change of a locale. Keeping that point in mind, here are some NBA franchises that we believe could perform better if they do themselves a solid by relocating to new locations. 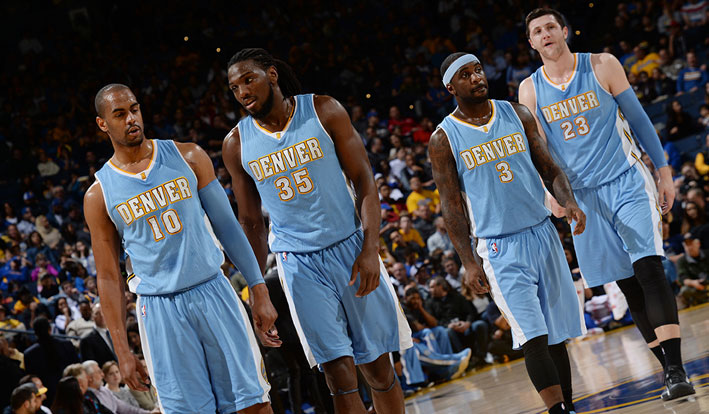 The Nuggets are one of the teams that have been around for the longest of times, being founded in 1976 as the Denver Larks. Yet in all those years, the Nuggets only have 10 divisional titles to their name, with no conference title or national championship in the team’s history. Denver’s Owner Stan Kroenke, an MBA-holding multibillionaire with diverse sports and entertainment investments, has done everything virtually possible to better his team, including roster changes and hiring the best coaches. But even with all that, and a lot of money pumped into the team, the Nuggets still lack a real identity and direction—two vital elements required to be a formidable team in the NBA.Making matters worse, the Nuggets are in the heavily-competitive Western Conference, where succeeding as an average team is not easy. Moving to a new location would thus be a great option for them right now, breathing some new lease of life into the Nuggets team that is currently gasping for survival in the West. Plus, Kroenke wouldn’t have a big problem with moving to a new place as long as it promises new profits for him, going by the many sports enterprises he is involved with across the globe, including Colorado Avalanche of NHL, Colorado Rapids of Major League Soccer, Arsenal FC of English Premier League and St. Louis Rams in the NFL. 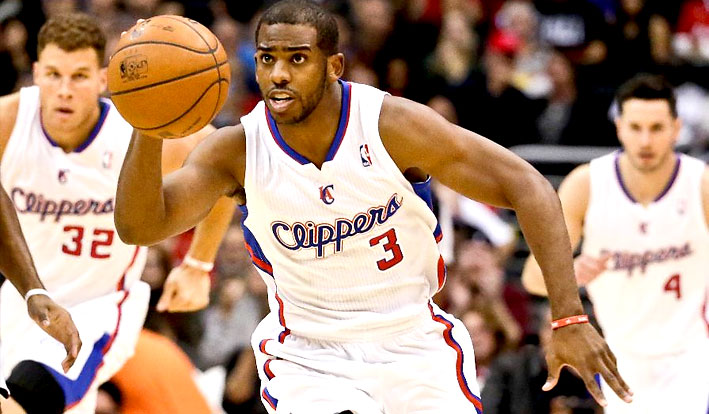 The Clippers have painstakingly belabored to bring the spotlight to themselves, climbing out of the shadows of the Los Angeles Lakers to become one of the brightly-shining independent teams in the league. Coming off a solid campaign where they finished with the second-best regular-season record in the Western Conference (tied with the Rockets at 56-26), and a strong playoff run that saw them eliminated in 7 games in this year’s conference semifinals, it would be a mockery for the Clippers to continue sharing the Staples Center with the Lakers, a team that had the second-worst record in West in the 2014-15 regular season.Furthermore, there is already one team using the Los Angeles name, and that’s good enough for the Los Angeles fans. Two teams with the same city name is just plain wrong and confusing for the dwellers in the City of Angels. Oh, and as the Devil’s advocate (or better yet, for the love of God), we are honestly tired of LA rivalry between the two teams. So, the sooner the Clippers can leave Los Angeles, the better it will be for the fans. In fact, I strongly believe that, if the Clippers can find a new place to call home, we won’t have to be reminded about those racist comments made by their former owner Donald Sterling, who is now serving a life ban from the NBA. 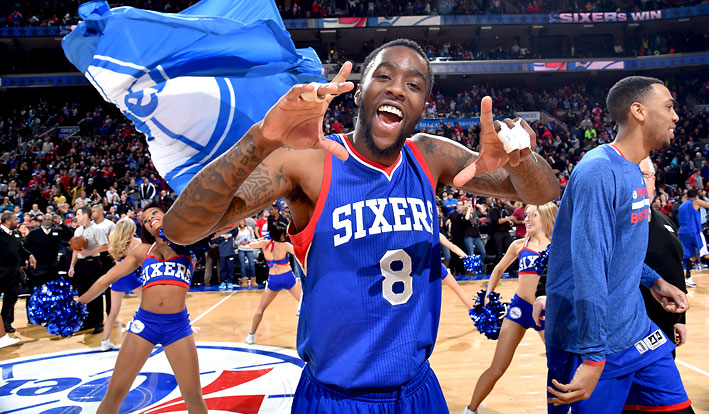 Okay, this is just plain school-boy silly to even talk about. Apparently, there is an on-going sponsorship feud between the Philadelphia executives and the managers of the Wells Fargo Center, home for the Sixers NBA team, so the execs have been using the passive-aggressive approach of not mentioning the name “Wells Fargo Center” to describe their home court. Rather than saying Wells Fargo Center in their talks and all, they use words like At the Sixers Home Arena, The Arena Where We Play and The Center to refer to their home arena.With Wells Fargo having the naming rights to the arena until 2024, the 76ers would be better off moving to a new place rather than continuing with their frivolous passive-aggressive approach that is not helping the team. FYI, the Sixers were 12-29 at The Center in the just-concluded season, going 18-64 in the entire season, and last time I checked, real men move on instead of staying in bad relationships that aren’t of benefit to them. So the next time you spot any of the 12 Philadelphia joint owners, tell them to please grow a pair and Move On!!!NOTE: The Milwaukee Bucks and Sacramento Kings are also prime candidates for teams that should be relocating from their current arenas, so watch out for the developments made by both of them in the offseason.SourcesWikipedia.org (https://en.wikipedia.org/wiki/List_of_relocated_National_Basketball_Association_teams)ESPN.com (http://espn.go.com/nba/standings)
Older post
Newer post