NBA News and Rumors
Unless you own the No.1 pick, you can’t always get what you want in the NBA draft. Look at the Philadelphia 76ers, for example, who had the opportunity of picking as high as third in the 2015 Draft, yet they could not get their wish of selecting D’Angelo Russell, who was snatched off the board by the Lakers who had the No. 2 pick. At the end of the day though, only three major things matter—the NBA odds of who wins their divisional title, who qualifies for the playoffs and who wins it all in the national finals.

If the Kings can get D’Angelo Russell in a DeMarcus Cousins trade, they should (via @FanSided) http://t.co/sjivP2UAeJ pic.twitter.com/VFd7tUTNiB

Obviously, it is going to take a lot more than adding a few players from the draft for teams to become solid national title challengers, but it would unwise not to take note of the potential effect of the newly recruited rookies. Besides, the Pelicans were far from a competitive team a couple of years ago, yet they are now among the most feared teams in the league in 2014, thanks to drafting of Anthony Davis. Bearing that in mind, here are the teams that are likely to see their NBA odds spike up, following their recruitments in the 2015 NFL Draft: LOS ANGELES LAKERS 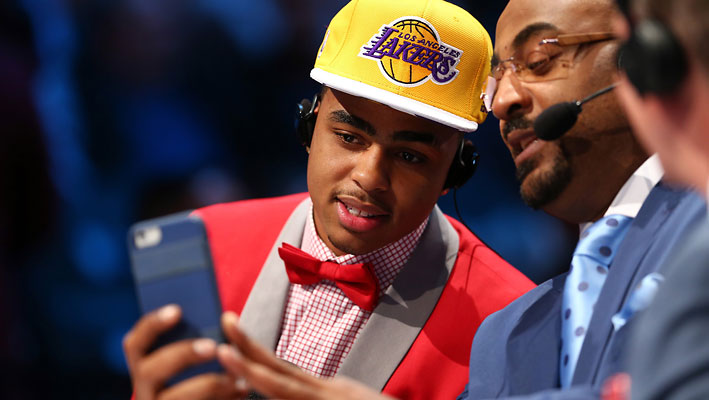 Let’s make this clear—the LA Lakers are not going to be among the top contenders for the 2015-16 NBA Championship. In fact, they’d really have to be lucky to make the eight-team playoff list in their tough Western conference. Nonetheless, the addition of Russell to their team (a player many experts consider to have a serious star potential), the return of both Kobe Bryant and Julius Randle from their injuries, and rumors swirling around the league about a possible top-tier addition from the free agency (with big names like Kevin Love, Dwayne Wade and LaMarcus Aldridge being linked to the Lakers), there is a very good chance the Lakers could improve as far as recording twice as many wins as they did in 2014 and even sneaking their way into the postseason games by winning the division title. Even more notably, with such changes in the team, be sure to watch out on Los Angeles in the offseason, as there is a high likelihood that we will be seeing a strong positive 2015 NBA lines movement in their favor. MIAMI HEAT Coming off a season that they narrowly missed out on the playoffs, the Miami Heat got really lucky in the NBA draft as Justise Winslow, a highly-rated athlete from Duke with solid shooting skills and great defense abilities, easily fell down to them in the first round. And as if that was not good enough for them, they also snatched Josh Richardson (an all-rounded sharpshooting guard from Tennessee) in the second round of the draft. 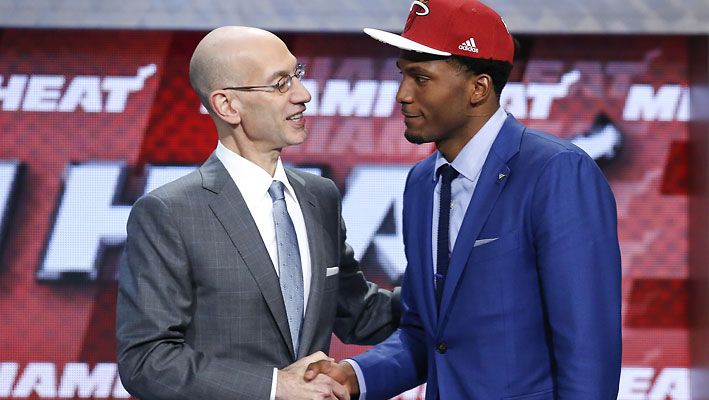 Looking at the fairly easy East conference, the Cavs look like the crop of the conference, even if they won’t be able to retain all their free agents. For the rest of the “top teams”, it is a state of constant flux, with the Hawks likely to lose DeMarre Carroll and/or Paul Millsap, the Bulls undergoing coaching changes, the Wizards not looking short on experience, the Raptors being sickeningly imbalanced (especially with  a poor defense), and the trio of Celtics, Bucks and Pacers looking more like championship pretenders than contenders. If the Heat can convince Wade and Goran Dragic to return to the team, and then get a couple of experienced players in the free agency, then there is no doubt that the Heat could rise as high as challenging the Cavs for the top spot in the East. Plus, with their solid history of shining in the playoffs, there is no reason why they shouldn’t be able to make another push in the 2015-16 NBA season. Prospectively, the Heat should not only be able to rise their stock in the NBA odds, but they should also be able to give a solid showing, one that is good enough for them to challenge in winning it all, especially if they can keep their core players from dissipating in the free agency. Sources CBSsports.com (http://www.cbssports.com/nba/eye-on-basketball/25163810/report-sixers-want-dangelo-russell-in-the-draft%22) ESPN.com (http://espn.go.com/nba/player/_/id/3135047/justise-winslow)
Older post
Newer post