NBA News and Rumors
Golden State as an enticing -240 money line favorite or Cleveland as a worthy +190 underdog? Which team comes with the edge that is likely to help them win the NBA Finals series? Join us as we give a breakdown of the 2015 NBA Final, including a free NBA betting pick for the clash:

The Cavs entered the playoffs as the No. 2 seed in the Eastern Conference. During the first round of the playoffs, they easily took care of Boston in a four-game sweep, and then claimed a 4-2 conference semifinal series win against Chicago (after going down 2-1 after three games), followed by another four-game sweep over the top-seeded Hawks in the Eastern Conference Finals. Since losing Game 3 of the Chicago series (on a buzzer-beating shot by Derrick Rose), the Cavs have won 7 straight games. In overall, Cleveland is 12-2 overall in the 2015 NBA Playoffs, identically going 6-1 at home and 6-1 on the road. The three teams the Cavs faced in the playoffs (Celtics, Bulls and Hawks) had a cumulative regular-season record of 150-96 (.610 winning percentage). Conversely, the Golden State Warriors entered the playoffs as the No. 1 overall seed in the NBA. Like the Cavs, the Warriors recorded a four-game sweep over the Pelicans, and then similarly overcame a 2-1 series deficit to the Memphis to win the series 4-2, followed by a 4-1 Western Conference Final series win over the Rockets. In overall, Golden State’s postseason record is 12-3, going 7-1 in its home games, and 5-2 when playing on the road. The combined regular season record of its three postseason opponents (Pelicans, Grizzlies and Houston) was 156-90 (.634).Playoff Edge: Cleveland. As far as the playoffs are concerned, there is a slight edge due to the Cavs, as they took care of their business in fewer games and with a better win record. This should, however, be taken with a pinch of salt as Golden State faced tougher opponents in the West (.634 winning percentage), compared to Cleveland’s Eastern opponents (.610).

Home and Away Records 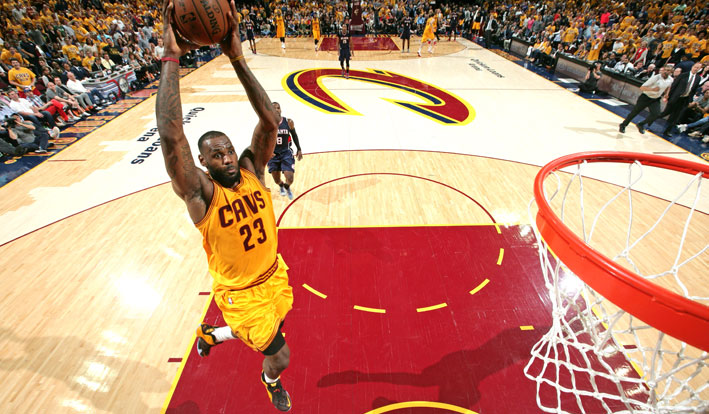 The Cavs were impressively 37-12 at home in the regular season, and 28-20 on the road. After a dismal 19-20 start to the season, the Cavs went 46-11 in their last 57 games overall, including an astounding 26-3 run in their last 29 home games of the regular season games. The Warriors, on the other hand, were the best home team in the league, going 39-2 at home during the regular season, and 33-15 on the road.Home vs. Away Edge: Golden State. The Warriors easily have the edge here, as they come into this game with a stronger home and away record than the Cavs. 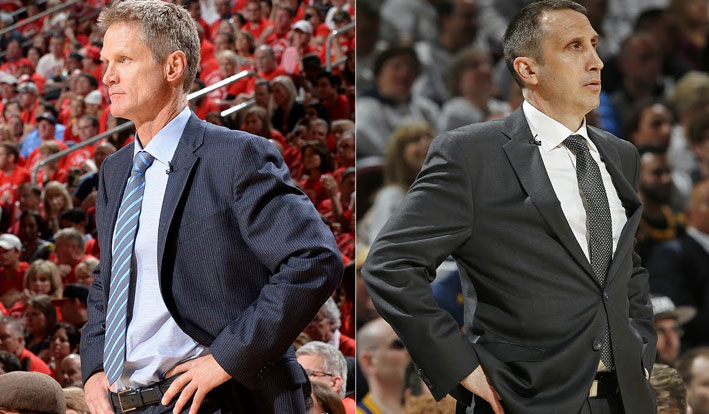 Both David Blatt (Cleveland’s coach) and Steve Kerr (Golden State’s coach) have done a great job to lead their teams to the Finals. In fact, this will be the very first time in league’s history that two rookie coaches will be going against each other in the NBA Finals.Coaching Edge: Kerr. Though Blatt’s credentials as great tactician and savvy leader are unquestionable, the edge here goes to Kerr, as the Golden State coach has won five NBA championships as a player with San Antonio and Chicago. 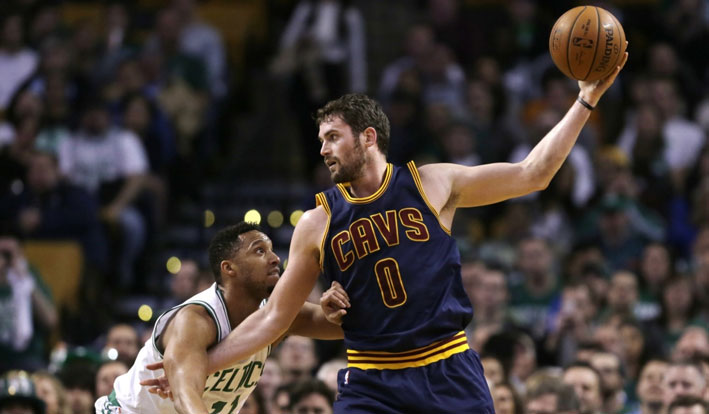 After losing Kevin Love for the season to a dislocated shoulder injury in the Boston series, Cavaliers star point guard Kyrie Irving suffered a sprained knee in Game 6 against Chicago, which forced him to miss the first three games of the Atlanta Series. Irving was however able to return to Game 4 of the Atlanta series, though he didn’t look fully fit, so it remains to be seen if he is 100% fit for the Finals.On the flipside, the Warriors come to the NBA Finals largely healthy. The only concern ahead of the Final is that Klay Thompson suffered a concussion in the final game against Houston, and although he is yet to pass the NBA concussion protocol, a report released on Sunday revealed that his headaches have subsided. Like Irving, his full fitness is likely to be clarified over the next couple of days.Injury Edge: Even. The Cavs have done quite well without Love, and even in games that Irving was not available, they were able to play decently. Thompson missed 5 games during the regular season and the Warriors went 3-2 in that span. With the likelihood of both Irving and Thompson playing when they aren’t fully fit, the edge will probably be even for the two teams, though Love’s injury could prove more costly for the Cavs.

Going by the analysis given above, Cleveland should be good enough for at least two wins in the series. As for Golden State, the team is simply too talented and, with all the superior edge on their side in aspects like coaching and home advantage, Kerr’s boys should have the better edge in the NBA Finals. So, as a final pick, we are going with Golden State to get the win, emerging victorious in the series in 6 or 7 games. Sources:YahooSports.com: http://sports.yahoo.com/nba/teams/gsw/ESPN.com: http://espn.go.com/nba/player/_/id/3449/kevin-love
Older post
Newer post