NBA News and Rumors
Obviously, this week’s NBA betting rumors all center around the upcoming draft. However, with the draft also come tidbits about trades and free-agent signings, as all 30 of the franchises are jostling for position to contend, whether it’s for the 2016 title or to rebuild with later seasons down the road.Portland just traded Nicolas Batum to the Charlotte Hornets. This deal brings guard Gerald Henderson and forward Noah Vonleh to Portland. Vonleh was the #9 overall selection in the 2014 draft but spent much of his rookie season injured. This could be another sign that LaMarcus Aldridge is likely to have played his last game as a Trail Blazer. Aldridge seems to want to go to San Antonio the most, although the Los Angeles Lakers and the Dallas Mavericks stand at #2 and #3 on this All-Star’s wish list, according to Marc Stein with ESPN.  It looks like Sacramento has put together a framework to trade Demarcus Cousins to the Los Angeles Lakers. This could become even more of a reality during the day on June 25 as all of the teams head into the draft. Kings executive Vlade Divac denied that the team had any intentions to trade Cousins, but never take denials seriously.The Denver Nuggets have made Danilo Gallinari available for trades. This forward could bolster the frontcourts of several other teams.Charlotte is acquiring Jeremy Lamb from Oklahoma City in a deal that also involves Matt Barnes’ contract. According to Rick Bonnell with the Charlotte Observer, Barnes will not be going to Oklahoma City in the deal.J.R. Smith has opted out of the last year of his contract with the Cleveland Cavaliers, but there is interest on both sides in having Smith ink a new deal to stay with the Eastern Conference champions. His current deal would have paid him $6.5 million. 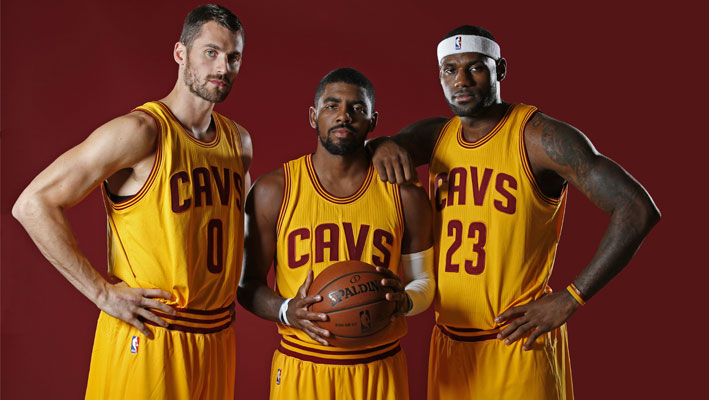 The Houston Rockets have exercised their club option with rookie forward Kostas Papanikolaou, reports Marc Stein with ESPN. He appeared in 43 games during the regular season, averaging 18.2 minutes per night.The Charlotte Hornets are also trying to shop Cody Zeller, who just finished a good second season in the Association. If they can get rid of Zeller, the Hornets will make a run at Wisconsin’s Frank Kaminsky with the #9 draft choice.Cleveland has also possibly lost Kevin Love for the 2015-2016 season, as Love walked away from his $16.7 million player option for next year. Boston, Portland and the Los Angeles Lakers could all make a run at Love, but as with J.R. Smith, it seems that the team was expecting this and plans to try to keep him.In the meantime, expect the Boston Celtics to sell Love on joining a roster that would have Paul Pierce and Robin Lopez (whom the Celtics would also pursue via free agency). If Love goes to Boston, Pierce could return from Washington. Cleveland remains the most likely destination, but Phoenix could also join the chase, notes Yahoo’s Adrian Wojnarowski. 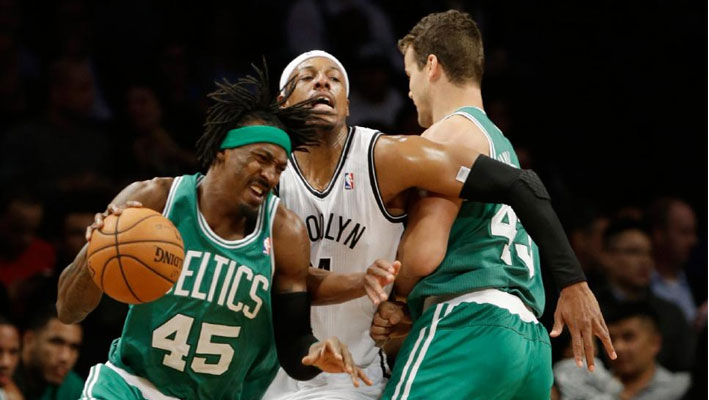 Will the Timberwolves draft Karl-Anthony Towns first overall? Towns said to Yahoo’s Marc Spears that the Timberwolves have not committed to choosing him. It’s likely that the team will keep the lid on their choice until they actually announce their decision.Finally, Monta Ellis, who has been an important part of the Dallas Mavericks for the past several seasons, has opted out of the last year of his contract and has plans to discuss long-term deals with Miami and Atlanta. Sources:YahooSports.com: http://sports.yahoo.com/nba/teams/cle/NBA.com: http://www.nba.com/celtics/
Older post
Newer post