NBA News and Rumors
The Rockets, and James Harden in particular, have not been at their best through the first two games of their series versus the Dallas Mavericks, yet they still have a 2-0 lead. Harden and Trevor Ariza both struggled in Game 2 of the series, but the rest of the team were more than willing to pick up the slack. Just as in Game 1, it was Dwight Howard who made the biggest online betting impact on the game, scoring 28 points and playing like a beast on the defensive side of the court.

Date: Friday, April 24, 2015Time: 7:00PMVenue: American Airlines CenterOpening Line: Dallas -2.5Houston are going to have to play better moving forward, but chances are that Harden will shake off the mini-slump that he is in. As long as the Rockets continue to be tight defensively, they should be able to continue to hold off anything that the Mavericks throw at them.Dallas are starting to look like a team in decline for a number of different reasons. Chandler Parsons is obviously not fully fit and ready to play, and while Monta Ellis is logging some serious court time, he isn’t showing a level of efficiency required to get his team back in the series. Another issue that the Mavs are facing is the play of Dirk Nowitzki. He was a solid shooter in Game 1, but fell flat in the second game, as well as being less than stellar on the defensive side of the ball. The Rockets attack seems to be going out of their way to target Nowitzki, and it’s working like a charm.Nowitzki isn’t the only veteran who is beginning to look as though their career is in the wind down phase. Rajon Rondo has been nothing short of awful in the first two games, and he was only on the floor for a total of 10 minutes on Tuesday. 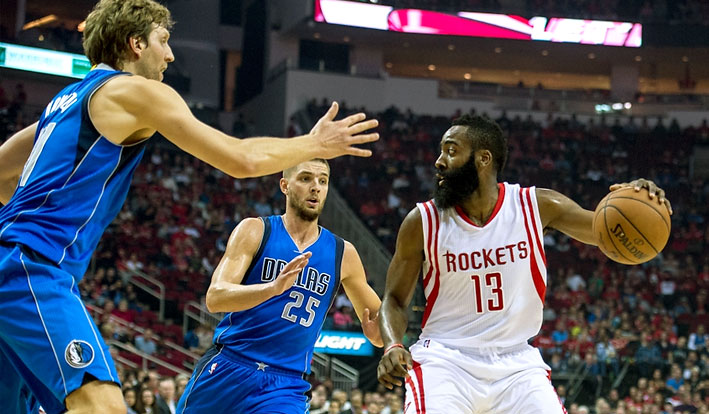 Consider This Before Betting

The Dallas Mavericks are in a world of trouble down 2-0, and it’s tough to see how they are going to be able to claw out of the hole they have dug for themselves. Parsons missed Game 2 due to injury, and even if he does return, he is likely to be as ineffective as he was in Game 1. On the flipside, the Rockets can fully expect to see more out of James Harden as the series progresses, which means even more trouble for Dallas. I think the Rockets take Game 3 and given themselves a real shot at a sweep.
Older post
Newer post