NBA News and Rumors
Now that the Chicago Bulls have fired head coach Tom Thibodeau, five teams (Chicago, New Orleans, Orlando, Denver and Minnesota) either have been, are or could be looking for new head coaches. Minnesota has not officially announced a vacancy, but if Flip Saunders can find the right person, he can step out of that role and can focus on his other duties as team president.There is an ongoing sense that the Bulls really did Thibodeau a disservice in the way they treated him, and he remains the trendiest name among NBA betting fans now that Alvin Gentry has agreed to coach the Pelicans. Fred Hoiberg from Iowa State appears to be the most likely person to end up coaching the Bulls. Vinny Del Negro, Jeff Van Gundy have been interviewing as well, and the Magic just hired Scott Skiles.

What Are The Most Alluring Jobs Out There?

In Denver, the Nuggets canned Brian Shaw after a miserable beginning, putting Melvin Hunt in the interim chair. The players performed at a higher level but still finished 15 games out of a playoff spot. Rumors indicate that Ty Lawson, the team’s top player, might be leaving. Wilson Chandler and Danilo Gallinari are entering their last year in their contracts and could make nice pieces in a trade if the Nuggets want to rebuild. Kenneth Faried is the only long-term contract in the core. Center JusufNurkic is an intriguing talent, as is shooting guard Gary Harris. Also, the Nuggets will pick seventh in this upcoming draft, which features an unusually deep class. There’s enough room under the cap for a max deal, so the Nuggets need to choose a direction. Until that direction becomes clearer, convincing a coach to sign could be difficult. 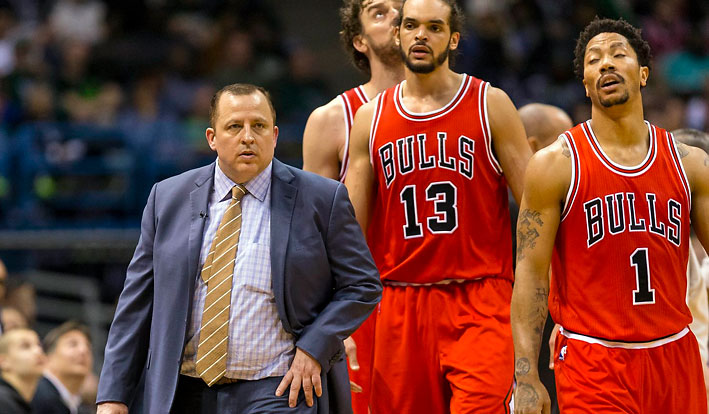 The Chicago Bulls have a tremendous rotation of big men, and Jimmy Butler is an intriguing two-way star, assuming the team can resign him. For the first time, the Bulls also had Derrick Rose healthy through a whole run through the playoffs. This meant that the Bulls’ third-place finish in the East and trip to the conference semifinals were not a surprise. In fact, some felt that the Bulls could have done more, and that the talent currently on the team indicates that they could win 60 games in 2015-2016. The Bulls do lack a lot of flexibility in the free agent market although they do have Bird rights to Mike Dunleavy. If Doug McDermott contributes at small forward and Tony Snell can develop some consistency, their only remaining need will be a backup point guard who can reliably give Rose rest when he needs it. The whole rest of the roster is talented and deep. One concern that an incoming coach would have is the way the front office treats its employees. The front office has a reputation for wanting major input on decisions, and Thibodeau didn’t handle that well. The next coach will either have to maintain Thibodeau’s boundaries or put up with fan and press scrutiny. While the roster is stacked, the front office means that the next coach will almost need diplomatic credentials. 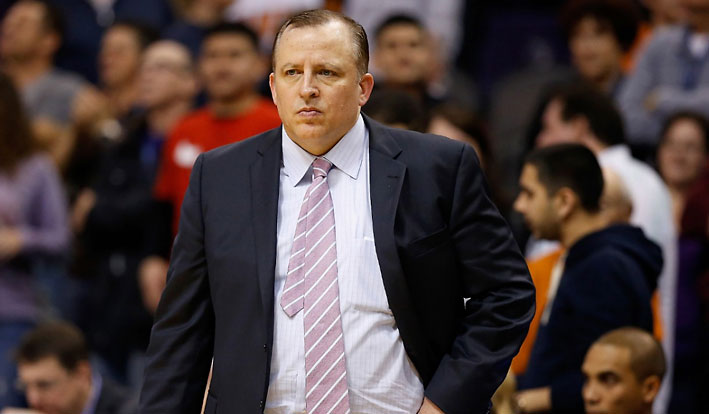 Minnesota still has yet to declare a coaching opening. Injuries took a toll in 2014-2015, making them the league’s worst team. However, Andrew Wiggins, Shabazz Muhammad and GorguiDieng all showed that they can contribute to the rotation. Zach LaVine had to move out of his position to run the point but showed that he has great things ahead of himself. Saunders, as the GM/coach, put the team into a throwback offense and might ask that his successor do the same thing, which could be frustrating. The T-wolves do have the #1 pick in the upcoming draft and Andrew Wiggins as enticements, though. SourcesESPN.com (http://espn.go.com/nba/player/_/id/3428/danilo-gallinari)NBA.com (http://www.nba.com/draft/2014/prospects/doug_mcdermott/)
Older post
Newer post