NBA News and Rumors
Finding your feet in the early part of the season is tough for most teams, and it’s not uncommon to see some level of inconsistency until a team finds its identity. The Utah Jazz and Miami Heat are both off to pretty similar starts, with a little bit of a rollercoaster effect going on with each right now. Both teams will try to get on the upswing when they hook up in Miami on Thursday night.

The one thing that you can almost guarantee from the Miami Heat (5-3) this season is a game that is not particularly high in scoring. Miami is down near the bottom of the pile in scoring with just 97.1 points per game, but they have the second best defense in the league, with just 90.1 points allowed per game. What has to be particularly pleasing for Miami is the start that Chris Bosh has made to the season. The power forward is showing that he deserves to be among the elite, as he is averaging a very solid 18.2 PPG. The one player who is really standing out at both ends of the court for the Heat at the moment is Hassan Whiteside. The big man is a dominant force on the court, and he has been drawing some comparisons to Shaq with his early season play. He has been a rebounding machine, and his 64.3% field goal percentage is nothing short of brilliant.The Utah Jazz (4-3) play a style of ball that is similar to what the Heat are delivering this season. They take a pedestrian approach to the game, and essentially lull their opponents to sleep over the course of the game. It is a style that has allowed them to post a winning record so far this season, but it has to be said that the schedule maker was very kind to them early on. The numbers being posted by Utah are eerily similar to that of the Heat, as they are scoring 96.3 PPG while only giving up 89.7 PPG. That is enough to give them the top ranked defense in the league, and is a sure sign that they are going to be a ridiculously tough team to break down this season. The Jazz played a style that obviously wasn’t comfortable for them in their last outing, a 118-114 loss to the Cavaliers. The way Miami plays will be much more suited to their plodding style of ball. 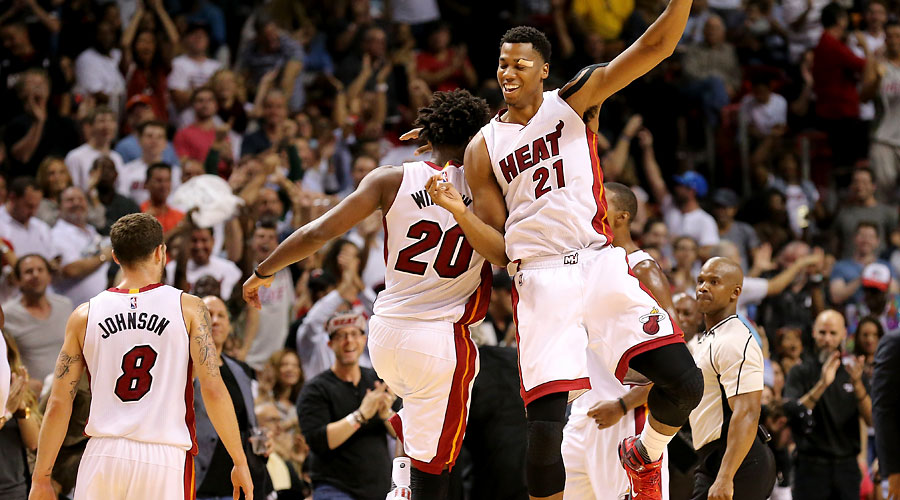 These two have routinely split their season series over the past few years, and have a habit of playing close games. The last team to have the ball could well get the win here, and I like Miami to pick up the win by 2.
Older post
Newer post