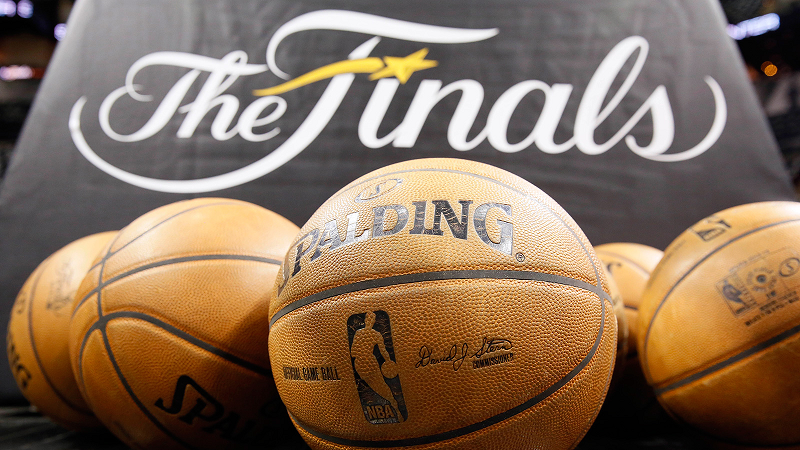 Now, on to the fun stuff.

Cleveland dispatched the Atlanta Hawks with the greatest of ease in the Eastern Conference Finals, sweeping the conference’s top seed in four quick games as LeBron James dominated with a quartet of superb all-around outings. League MVP Steph Curry and the Warriors had a slightly tougher time in dispatching the feisty Houston Rockets in five games in the Western Conference Finals, but the Dubs faced a far tougher opponent than Cleveland has all postseason in sending the Rockets packing.Now, with the NBA Finals beginning on June 4, both teams will enter the last series of the 2014-15 season well-rested, giving both teams time to heal some of their walking wounded. The Cavaliers will make their second NBA Finals appearance in franchise history after a 22-year-old James led them to the 2007 finals opposite San Antonio, where they were promptly overwhelmed 4-1.Golden State will make its fourth appearance in the NBA Finals since moving to the Bay Area from Philadelphia and seventh overall as a franchise. The Warriors’ last appearance in 1975 resulted in a league title as now, Hall of Fame forward Rick Barry led the Warriors to a dominating sweep over Elvin Hayes and the Washington Bullets. Now, let’s take a look at each positional matchup.

I know Steph Curry won the league’s MVP award this season and it was certainly well-earned. However, the fact of the matter is that Cavs’ point guard Kyrie Irving, when healthy, is one of the few point guards on the planet in the same class of floor leaders as Curry. However, Irving isn’t fully healthy right now, although his aching knee tendonitis could be a lot better with over a week off and treatment.Depending on how healthy he is, Irving could be a handful for the Warriors. The good news for Golden State however, is that they can throw multiple bodies on Irving besides Curry. If he gets hot, I can see Warriors head coach Steve Kerr switching the bigger Klay Thompson or even Andre Iguoadala on Irving for stretches. Conversely, I don’t think Irving is going to be able to keep up with Curry defensively. 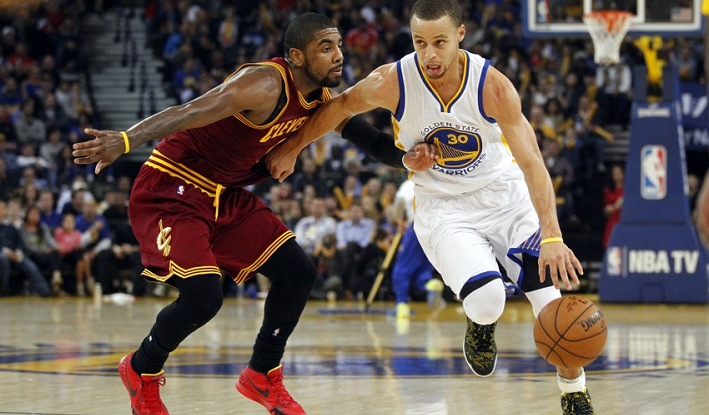 Cleveland may try to put either Iman Shumpert or Matthew Dellavedova on Curry in order to slow him down, but ultimately, I just don’t see anyone stopping the sweet-shooting Curry from ‘getting his’. Curry is averaging a whopping 29.2 points per game in 15 playoff games while shooting a spectacular 43.7 percent from three-point distance.Kyrie Irving missed Games 2 and 3 against Atlanta and has clearly been limited by his nagging knee this postseason. Cleveland’s slick-handling floor leader is averaging just 18.7 points per game after putting up 21.7 points per game in the regular season. Still, Irving is shooting a jaw-dropping 48.1 percent from three-point distance this postseason and could be a series-deciding factor if he’s healthy.While Steph Curry is still recovering from the nasty spill he took in Game 4 against the Rockets, the Warriors’ sharp-shooting all-star gets the nod here for me.Advantage: Steph Curry

I’ve got to give some ‘mad props’ to Cleveland’s Iman Shumpert for upping the level of his play this postseason. Not only has Shumpert been a dogged defender, but he’s also contributed a solid 10.1 points per game after averaging 8.0 per game during the regular season. However, let me also point out the fact that Shumpert’s field goal shooting percentage is a bit ugly (39.7 percent). Still, I expect Shumpert to play defense at a high level and try to make Klay Thompson and possibly Curry, work to score the ball. 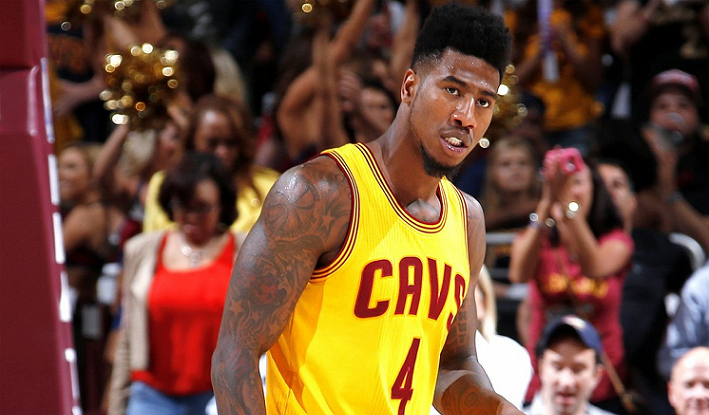 Against the Hawks in the last round, Shumpert was all over three-point bomber Kyle Korver and he’ll need to do the same to Thompson, although Thompson is a far more versatile player than the one-dimensional Korver. And speaking of Thompson, he’s got his own health issues to deal with after being hit in the right side of the head and ear area with a vicious knee from Houston Trevor Ariza in Golden State’s Game 5 Western Conference Finals close-out win over Houston.Thompson, who suffered concussion symptoms afterward, should be fine by the start of the finals, but his play will bear watching early on. If he’s fully healthy as I suspect he will be, Thompson could be a nightmare for Cleveland. 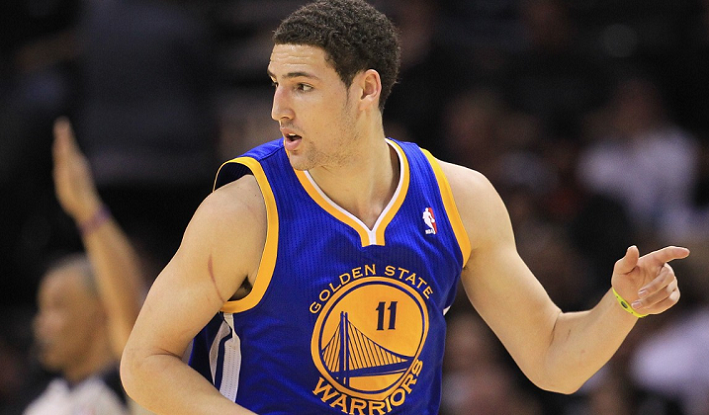 The other half of Golden State’s ‘Splash Brothers’ duo is putting up a 19.7 points per game while shooting a fantastic 42.9 percent from beyond the arc. Thompson is a terrific defender and one of the best two-ways players in the league, so I expect that whoever he’s guarding will have to work to score the ball a bit harder than on most night’s. No doubt, Klay Thompson has the big edge at shooting guard and it could be so big that he ends up cashing in on his own finals MVP Odds.Advantage: Klay Thompson

I really like Harrison Barnes and I believe he could very well surprise a lot like he did in leading Golden State to its close-out win over Houston in Game 5, but he’s going to have his hands full in bodying up and trying to stop LeBron James defensively. Barnes is 6-8, but he’s not nearly as strong as James and could struggle to slow the four-time league MVP in any one-on-one situation.Having said that let me also say that I don’t see Steve Kerr attempting to stop James with only Barnes. At some point, I expect to see Draymond Green, Andre Iguoadala and Klay Thompson all guard James at some point in each game. No matter who’s on James, he’s going to find ways to score the ball. I suspect that what the Warriors want is for him to become a volume shooter in doing so. 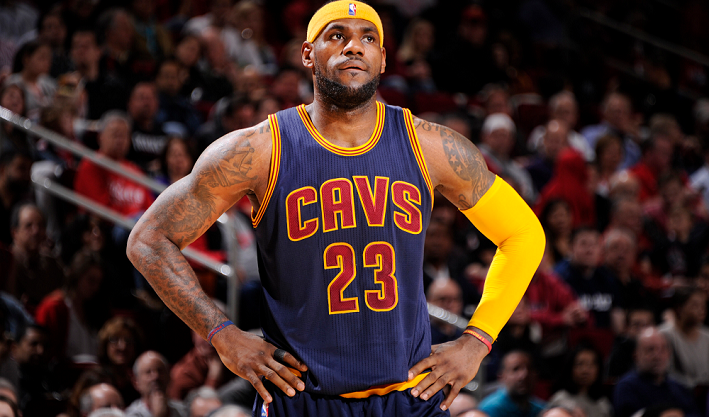 Not only has James averaged a stellar 27.6 points per game this postseason, but he’s also dished out 8.3 assists while grabbing 10.4 rebounds per outing. The Warriors need to force James from becoming a facilitator, though that’s a lot easier said than done.Conversely, James will have to play the versatile Barnes honestly. The former North Carolina star is Golden State’s fourth leading scorer this postseason (11.3 ppg), but Barnes shoots the ball at a impressive 46.2 percent from the field and solid 32.6 percent from three-point distance.  Still, while I really like Harrison Barnes’ blossoming game, only a fool would fail to give LeBron the edge at small forward. 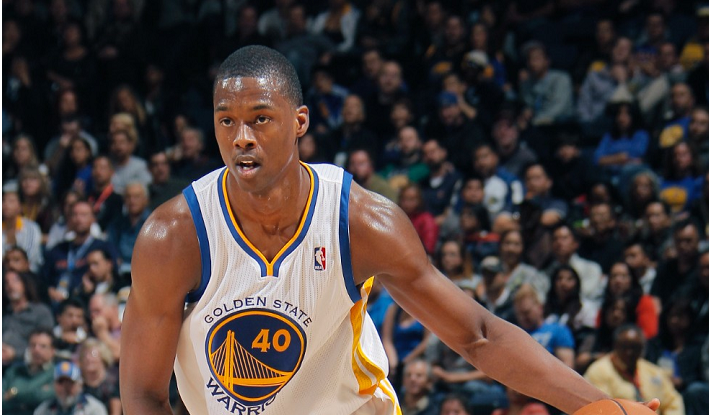 The Cavaliers have gotten some outstanding play from Tristan Thompson, mostly as a rebounder and particularly on the offensive glass. Starting in place of the injured Kevin Love, Thompson has pulled down 9.9 boards and put up 9.1 points per game this postseason. More importantly, his offensive rebounding prowess has helped the Cavaliers more than they ever imagined. 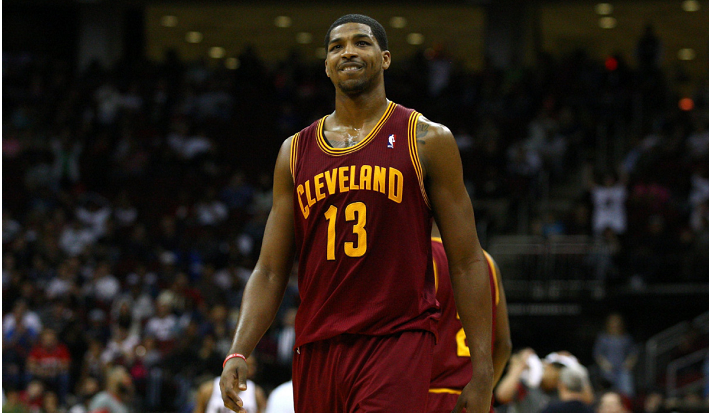 While Thompson would likely hold the edge over a lot of other power forwards because of his increase in productivity, I don’t think that’s going to be the case against Golden State’s Draymond Green. First and foremost, Green has a motor that simply doesn’t quit and the heart of a lion. Golden State’s emotional leader isn’t backing down from anyone and I genuinely believe that includes LeBron James.Not only has Green averaged a solid 14.0 points and 10.8 rebounds per game this postseason, but he can also pull Thompson away from the basket with his ability to shoot it from long distance. Green can also take a rebound and go coast-to-coast with the rock so I’m giving him the edge because of his unrivaled versatility at the four spot. 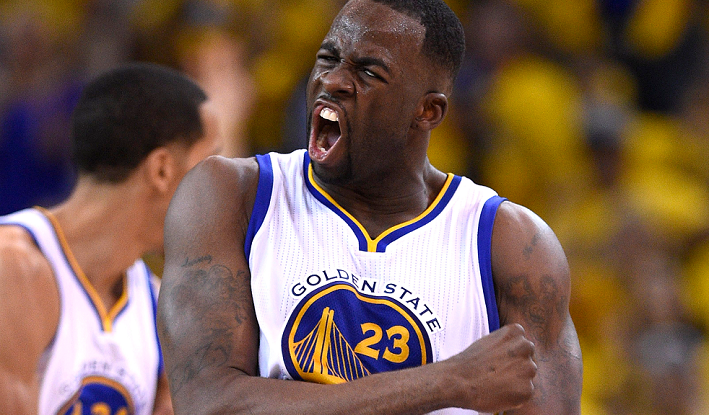 Timofey Mozgov can protect the rim and score the ball a bit better than Golden State’s Andrew Bogut, but he’s not as good a rebounder as Bogut and his passing isn’t in the same stratosphere. 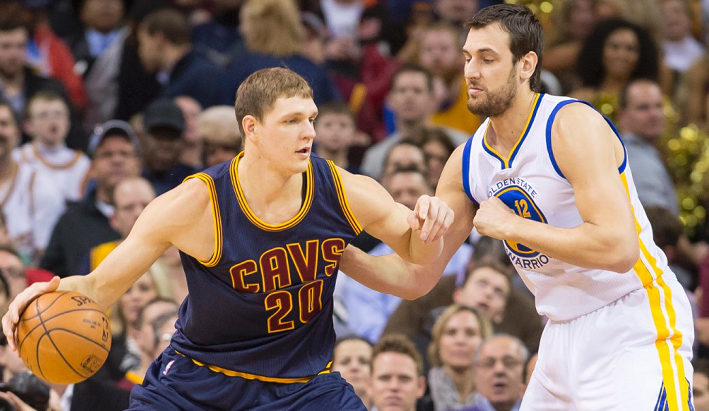 Still, I’m going with a tie here, mostly because each of these big men has been very solid for their respective teams this postseason, just in different ways. While I’m giving the center position a tie for formality purposes, I do want to say that the recent play of Golden State backup center Festus Ezeli has been quite a revelation. He looked more active than Bogut in the Warriors’ Game 5 close-out game against Houston and I believe he could be a huge factor in this series.Advantage: Tie

Okay, for Cleveland, there’s sixth man J.R. Smith, along with backup guard Matthew Dellavedova and veteran sniper James Jones. Outside of this trio, the Cavs haven’t played any of their other veterans much this postseason with Mike Miller appearing in just four playoff games, Shawn Marion in six and Kendrick Perkins in only seven games. 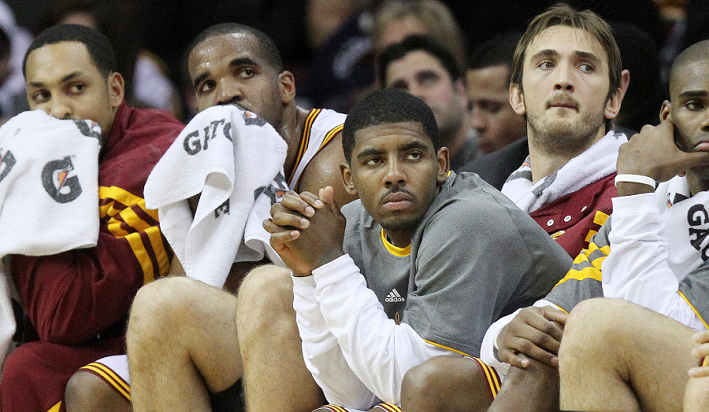 Smith has put up an impressive 13.5 points per game in a dozen playoff games while Dellavedova has added 7.0 per contest. While Smith has shot an incendiary 39.6 percent from beyond the arc, Dellavedova is shooting a putrid 38.6 percent from the field. Golden State’s depth is unmatched by most teams and certainly won’t be matched by the Cavs. The Warriors have a slew of players like Andre Iguoadala, Shaun Livingston, Leandro Barbosa, David Lee and Ezeli and I didn’t even mention banged-up big man Marreese Speights. 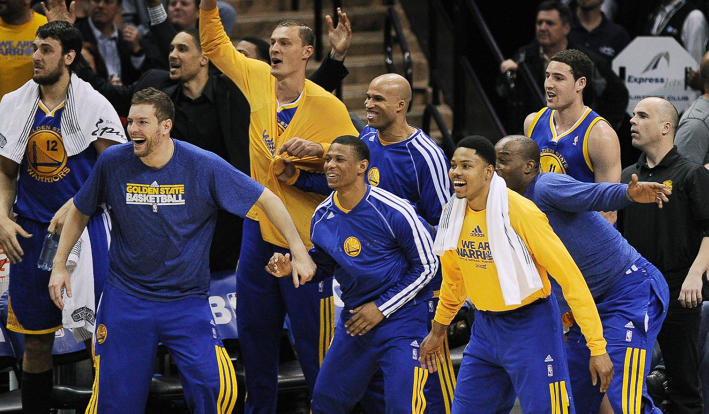 Unfortunately for the Cavaliers, the Warriors have an absolutely huge edge with their quality of bench performers.Advantage: Golden State While the Warriors don’t have a single player on their roster with NBA Finals experience, I think it’s quite ironic that the last team to win it all with a similar roster was Michael Jordan’s first Bulls championship squad. Now I’m thinking it will be Steph Curry’s first!
Older post
Newer post