NBA News and Rumors
It is no secret for NBA betting fans that the Philadelphia 76ers needed D’Angelo Russell more than wanted Jahlil Okafor during the NBA draft. It is also no secret that the Jahlil Okafor didn’t look too elated about joining the 7ers, with the Lakers seemingly being on top of his wish list. But then again, it’s no secret that not everything in life goes the way we always want. So like everybody out there, the 76ers and Okafor have no other option than to accept their fates and move on!

Hey Jahlil Okafor, how excited are you to play for the Sixers? http://t.co/narx6t6pTP pic.twitter.com/AhHIDAM6oa

What Does Okafor Bring to the 76ers?

For what it is worth, the 19-year-old Okafor is a hell of a catch. When playing for Duke, he averaged 17.3 points on 66.4 percent shooting, 8.5 rebounds and 1.4 blocks. And in the biggest game of his life, the NCAA Basketball championship, he outclassed Wisconsin’s Frank Kaminsky (the 2014-15 college basketball national player of the year), leading Duke to a national title. With the ability to post such decent numbers and play well under pressure, Okafor could be a crucial weapon for the 76ers, a team that had the worst offense in the NBA. Oh, and in case you are asking, Frank the Tank went ninth in the draft while Okafor was a third pick. That should count for something, right? 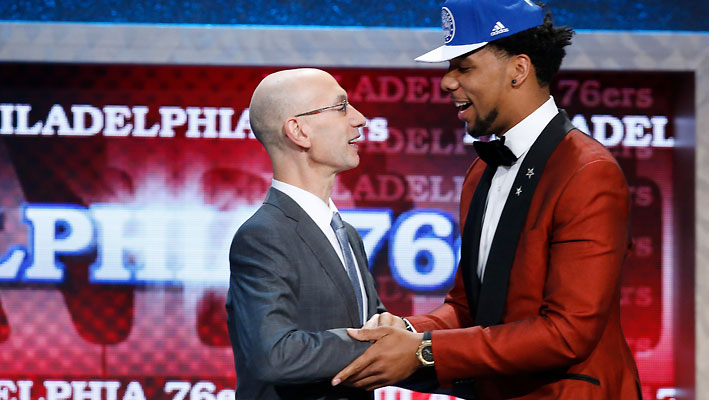 Even more notably, the 6-11, 270-pound was a solid player for the Blue Devils on the low block. According to Synergy Sports, Okafor posted up 328 times, which ended in a shot, turnover, or free throw in 39 games for the Blue Devils. This skill could be very crucial for the 76ers, who struggled mightily in post ups, collecting just 468 post ups in 82 games. And if it ever comes to the point where the team needs him to be the main guy, the scoring center is confident that he has what it takes to lead the 76ers. “I’m definitely used to being the centerpiece of a team. That’s what I’ve become accustomed to,” he said. “That’s what I’ve been working so hard for.”

Complications About Fitting Okafor in the Philly System

As you’ve probably heard by now, Okafor is coming into a Philadelphia team that already features young, but promising bigs in Nerlens Noel and Joel Embiid, who are both suited for to play center, just like the Duke star. Noel was a splendid defender in as a rookie, despite sitting out of his first year with an ACL injury, while Embiid figures to be an impact player on both ends of the court if he gets some quality game time. With the three players being most suited for the center, it means that the 76ers will probably be forced to play two of them out of position. And whereas all the three players, especially Embiid and Okafor, can be role players, there is no doubt that choosing between them will be difficult. Not to forget that the team needs room in the rotation for Dario Saric. As things stand, the following line-up would probably be somewhat feasible for the team: PG – Covington SG – Saric SF – Noel PF – Okafor C – Embiid But as we all know, playing such a lineup would take time to work—if it ever does—and it would also be a bit limiting for Philadelphia’s frontcourt-heavy squad.

The Way Forward and Conclusion

Despite the above challenges, Sixers President of Basketball Operations and General Manager Sam Hinkie expressed his unconcealed confidence that Okafor had the necessary elements to become an impact player and star in Philadelphia. And when you have the management of a team ready to support you and commit to being able to help you grow, then pretty much other factors don’t matter. After all, we’ve seen countless players climb up the ranks, moving from smaller teams to bigger ones, so the selection by Philadelphia doesn’t mean his entire future will be in Philly. If he plays as good as most pundits project him to do, he should be successful enough to be a star in Philadelphia or even earn himself a chance to move to any other team of his choosing. 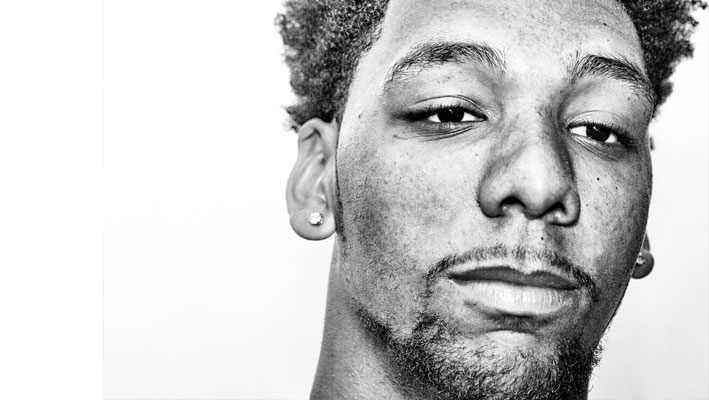 Not to mention, the Sixers could still decide to trade Okafor to another team in the free agency for another player, as has been the case been the case before with other draft players. Though going by Hinkie’s talks with the media on Friday, and the happy reception of Okafor’s draft in Philly, it doesn’t look like the team will be letting go of the extremely center with the potential to be among the best players in the league. All in all, expect the rebuilding process in Philly to kick up a notch higher in the new season, helping them feature more strongly in the league. I wouldn’t bet on the 76ers winning their division or even making it to the playoffs, but I am sure that with Okafor in the team, they will be strong enough to cause a lot of trouble for most teams in the league while sneaking away with a handful of big wins in 2015. Sources ESPN.com (http://espn.go.com/nba/player/_/id/2991280/nerlens-noe) NBA.com (http://www.nba.com/sixers/news/150627-hinkie-presser%22)
Older post
Newer post