NBA News and Rumors
Fresh of losing the 2014-15 NBA Finals, which was mainly attributed to the loss of Kevin Love and Kyrie Irving to injuries during the NBA betting playoffs, the Cleveland Cavaliers could be adding another loss to their increasingly growing list of heartbreaks, as Love has decided to opt out of his deal with Cleveland for 2015-16, according to ESPN’s Marc Stein.Love had a player option for next season with the Cavs worth $16.7 million, but by opting out, he will now be a free agent, starting on July 1st, eligible to sign a deal that would start at $18.9 million next season.Towards the end of the season through to the start of the NBA offseason, Love had constantly expressed his desire to stay with the Cavs next season. Most recently, the forward reportedly said, “I truly haven’t even thought about it but as I mentioned, I expect to be suiting up for Game 1″ of the 2015-16 season, said Love at the end of May.The announcement to opt out of his contract with Cleveland is therefore a big surprise, as many expected him to continue his stay in the Wine and Gold Capital. Of course, there were reports about Love’s not-so-good relationship with LeBron James and a few teammates in the course of the 2014-15 regular season, but such concerns had been swept under the carpet, as the forward improved on his performances in the team.In fact, at the end of the regular season, only James’ numbers were generally above Love, who had a solid season. In summary, this is how Love faired during the 2014-15 regular season:• Love was the team leader in defensive rebounding at 7.9 RPG• Love was the team leader in total rebounds at 9.7 RPG• Love finished third in scoring at Cleveland with 16.4 PPG• Love was finished third in win shares at 8.7• Love was impressive at scoring with his back to the basket (0.98), in transition (1.16) and was stellar in spotting up an opponent (1.12 points per play)The 26-year old (turning 27 in September) didn’t lose a step going into the playoffs, as he made his playoff debut by averaging 18.3 PPG and 9 RPG in the first three contests of Round 1, before he suffered a season-ending shoulder injury. 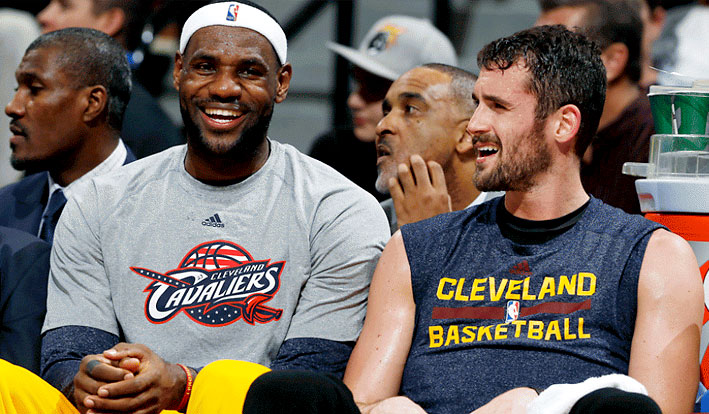 With such impressive numbers, and a proven reputation for being an impact player, you can be sure that the 5th overall first round pick in 2008 will be courting many suitors when the free agency market opens on July 1st.Options for Love in the Free Agency…

1. STAY WITH THE CAVS

Despite opting out of his current deal, there is still a very good chance that Love will end up staying in Cleveland. To do so, the Cavs will probably have to re-sign him on a better deal. The challenge with this option is that the Cavs may have to choose between Tristan Thompson and Love, who both expect max deals. This sets up an interesting Catch 22 situation as the Cavs will have to either choose Thompson’s passive offense and good defense or Love’s passive defense and good offense. As an option we believe would best suit the Cavs, they can offer Love a 2-year deal with a player option next year, which would allow him to sign a 5-year max extension at the end of next season. And then, with the remaining funds, Thompson can easily get the max deal he wants (and deserves), ensuring that both players (who are invaluable in their own ways) stay in Cleveland.

2. SIGNING FOR ANOTHER TEAM

Most of the talks about Love and his possible destinations have linked him with a move to the Celtics, Knicks, Lakers and Rockets, among others. Of these options, the Rockets offer him the best chance at winning big and competing for the national title, but with Houston having its own share of players that need to be re-signed or kept away from the open market, the option doesn’t look feasible. From the remaining lot, most who are lottery teams in 2015, the Lakers look to be ahead of the rest in terms of having a solid chance to sign the three-time All-Star NBA player. 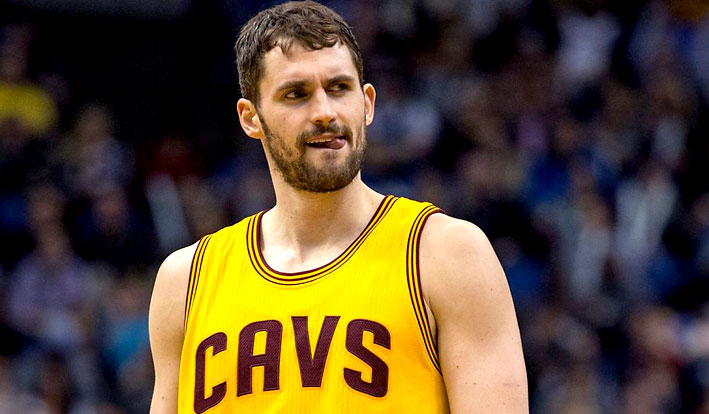 The most obvious reason Love is being linked with the Los Angeles Lakers is that he is a Santa, Monica, California-born player, so playing in LA will be a homecoming for him. In addition, Love is a UCLA product, so he is very familiar with the LA environment, hence is likely to transition and fit into the Los Angeles system easily. Not to mention, Love’s father, Stan Love, was a famously successful player for the Lakers from 1971-75, so a move by his son to LA would make up for a poetic storyline in the family.

As he has countlessly stated, Love would love to stay in a team with a chance of winning trophies, and at the moment, the Lakers don’t fit such a description. In addition, Love (who respectably holds the longest NBA streak for consecutive games recording double figures in points and rebounds) has repeatedly stated his desire to stay in Cleveland. The Cavs should thus be the favorite pick to work out some deal and keep him in Cleveland. But in the event that Love and the Cavs fail to reach an agreement, then the Lakers will probably be the next favorites to get his signature.Whatever becomes of the Love situation, the bottom line is that the Cavs have a lot of head-scratching decisions to make in offseason, especially if you consider that LeBron, J.R Smith and Iman Shumpert are also potential free agents and they’ll also be soon looking to decide whether to stay or leave the team.