NBA News and Rumors
Pro basketball is a physical game that is often dominated by taller-than-average sportsmen who are fast, strong and able to make the mighty slam-dunks with ease. Current NBA players like DeAndre Jordan, Tim Duncan, Marc Gasol and Timofey Mozgov literally standing tall to be counted among such tall players that are good at maximizing their height advantage to punish, sometimes even bully, smaller opponents.However, even with the average height in basketball measuring at about 6-foot-7, there have been a number of rare athletes in the sport who’ve been much shorter than 6’7, yet have witnessed great success in the NBA odds.In fact, some of these short players have been quicker, faster and sometimes even capable of out-jumping their taller compatriots. In honor of such short, but uniquely gifted NBA players, below is a look at some of the shortest athletes who have excelled in the sport.

Bogues boasts of being the shortest man to have ever played in the NBA. Even with his short stature, Muggsy overcame the NBA odds to become an established great passer, ball-stealer, ball-handler and one of the fastest athletes on the court. On June 22, 1988, Bogues signed to play for the Charlotte Hornets during an expansion draft as a point guard. He had successful 10-year career with the Hornets and later became one of the most popular players for the team.

From 1970-1983, Calvin Murphy played a vital role in the Houston Rockets squad as a guard. Despite his height, he achieved a lot of success for the Rockets. Murphy played 1,022 games and scored 17,949 points throughout his entire career. The 5-foot-9 guard was part of the NBA All-Rookie Team in 1971 and earned a call-up in the NBA All-Star Team in 1979. Additionally, Murphy held the record for the second highest free throw percentage in a season between 1980 and 1981. For his stellar influence on the game, Murphy was inducted into the Naismith Basketball Hall of Fame in 1993.

Even though Johnson was not directly picked in the NBA Draft after playing for the USBL Palm Beach Stingrays in 1988, he still found his way into the Pros by signing for the Seattle SuperSonics and having a 16-year long illustrious NBA career. Johnson played for top-tier teams like the Golden State Warriors, the Denver Nuggets, Houston Rockets and the Dallas Mavericks. More notably, the “Little General” is best known for his time with San Antonio Spurs, particularly in 1999 when he helped the team to win the NBA Championship against the New York Knicks by scoring the last shot in game 5. On February 20, 2009, Johnson was inducted in the San Antonio Sports Hall of Fame. Later on, he secured a coaching job with the Dallas Mavericks, leading the team its first NBA finals and three back-to-back 50-plus win seasons. Currently, the San Antonio legend is serving as a coach for the Alabama Crimson Tide men’s basketball team.

Stoudamire first featured in the NBA scene for the Toronto Raptors after being picked seventh overall in the 1995 NBA Draft. He won the NBA Rookie of the Year Award in 1995-1996 season, scoring an average of 19 points per game alongside 9.3 assists per game. The “Mighty Mouse” later traded to the Portland Trail Blazers in 1998. Even though his stats did not stay as high as they were with his previous team and was later benched during the 2001-2002 season, Stoudamire still had an amazing time with the Blazers. For example, On January 14, 2005, the sharpshooter snagged a career-high and Blazers franchise record 54 points, including 8 threes against the Pelicans. Stoudamire was also an instrumental player for his team in the playoffs. Besides the Raptors and Blazers, he also featured for the Grizzlies and Spurs late in his career. In May 2015, left his alma mater, the Arizona Wildcats, and joined the Memphis Tigers as an assistant coach. 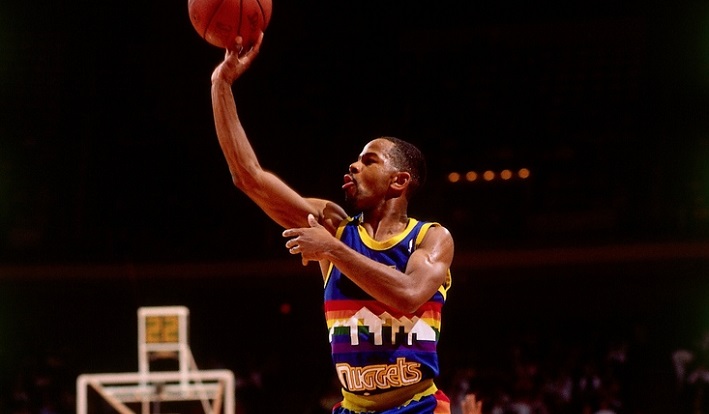 Adams started his career at Boston College. He was later drafted by the Sacramento Kings in the 3rd round of the 1985 NBA Draft. As a rookie, he only scored about 2.2 points per game for the Kings. However, he became successful and more accomplished once he made his way to the Denver Nuggets starting lineup. During 1990-1991 campaign, Adams exploded for an average of 26.5 points and 10.5 assist per game for the Nuggets. In the following season, he became more versatile and influential for his team, making his first NBA All-Star Game in 1992. After a highly successful career, Adams hanged up his playing boots in 1996 as a Hornet, ending his career with 9,621 points and 4,209 assists.

Unlike many of the vertically challenged NBA athletes, Terrell Brandon was picked 11th overall in the 1991 NBA draft by the Cleveland Cavaliers. The Oregon University graduate became Cleveland’s point guard for six years. In the years 1996 and 1997, Brandon was selected to play in the NBA All-Star Game and Sports Illustrated christened him as “The Best Point Guard in the NBA” in 1997. Still in ‘97, he was with the NBA Sportsmanship title. Subsequently, the point guard left Cleveland for the Milwaukee Bucks and later played for the Minnesota Timberwolves, continuously mesmerizing fans with his amazing skills. Unfortunately, in 2002, Brandon left the court and never made a comeback due to injuries.Sources:Wikipedia.org (https://en.wikipedia.org/wiki/Calvin_Murphy)ESPN.go.com (http://espn.go.com/nba/player/_/id/92/terrell-brandon)
Older post
Newer post