NBA News and Rumors
If you’re a sports betting enthusiasts that wants to know whether or not LeBron James and the Cleveland Cavaliers (65-31 SU, 47-49 ATS, 39-56 O/U) can pull off the big upset of Steph Curry and the Golden State Warriors once the 2015 NBA Finals gets started on Thursday evening, then you’re in luck!Thanks to this informative betting breakdown on James and the Cavaliers, you’re going to find out just why the two-time league champion and finals MVP winner could lead his Cleveland Cavaliers teammates to the first NBA title in franchise history.With that said and the start of the finals quickly approaching, let’s get started.

I know Golden State’s Steph Curry won the league’s MVP award this season, but there’s no doubt that Cleveland point guard Kyrie Irving is just as ‘special’ as Curry is when he’s healthy. If you missed Irving toasting the San Antonio Spurs (of all teams), for 50 points in a nationally-televised matchup late in the regular season, then you missed one of the best single-game performances of any player in the league, including Curry and LeBron James for that matter.The bad news for the Cavs though is that Irving has battled a nagging knee tendonitis issue nearly all postseason and missed Games 2 and 3 against Atlanta in the Eastern Conference Finals. 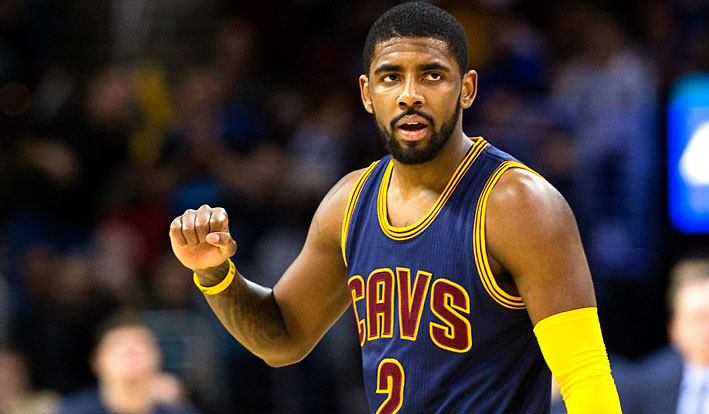 Irving’s scoring is down this postseason with the Cavs’ ball-handling wizard averaging just 18.7 points per game after putting up 21.7 points per game in the regular season.Still, Irving is shooting a jaw-dropping 48.1 percent from three-point distance this postseason and that’s better than both of Golden State’s all-star Splash Brothers. I suspect that, with eight days off, Irving’s health will be a lot better than it was against Atlanta, though I will admit that it could flare up at any point in the finals.

I said it before and I’ll say it again. I’ve got to give Cleveland shooting guard Iman Shumpert some credit for really increasing the level of his play this postseason. The former New York Knick has increased his scoring output from 8.0 points per game during the regular season to 10.1 points per putting this postseason. 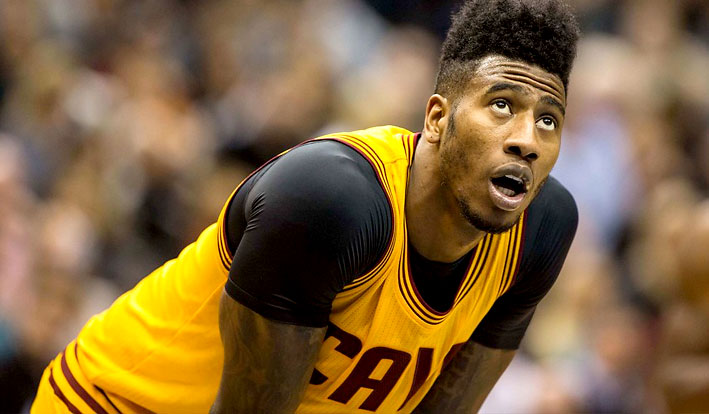 Shumpert also doubles as the Cavs’ second-best defensive player behind James and he has been dogged in hounding all-stars Kyle Korver and Jimmy Smith in Cleveland’s last two series.I know Shumpert is shooting an ‘ugly’ 39.7 percent from the field and that he will need to shoot the rock better against a Warriors team that can score in droves, but Shumpert is one of the few players in the league that could potentially give Golden State’s Klay Thompson or possibly, Steph Curry, trouble defensively.

There’s a great reason to believe the Cavaliers are going to upset Golden State in the finals and that would be the dominant play of LeBron James this postseason. For me, the most amazing thing about James’ play this postseason is not even the fact that he’s averaging a stunning 27.6 points, 10.4 rebounds and 8.3 assists per night. No what has impressed me the most is how James has been able to ‘morph’ his game on any given night. 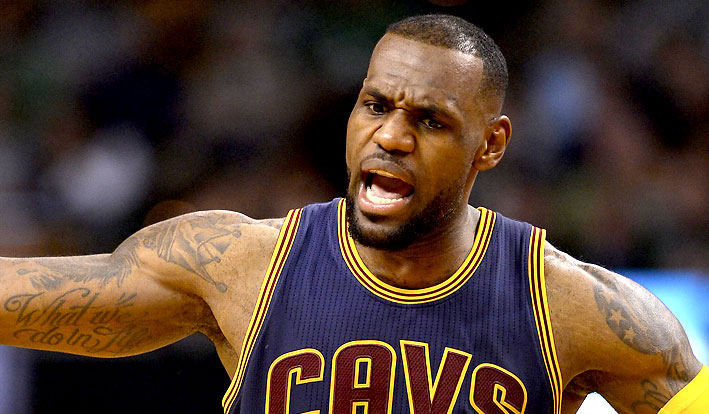 James has been masterful in playing like a pass-happy Magic Johnson one night and something of a high-scoring James Worthy the next. When the Cavs needed more toughness and inside play against Chicago after falling into a 2-1 series deficit, James even summoned up his inner Dennis Rodman to overwhelm Derrick Rose and company.The point is, that LeBron James can play any role on the floor that the Cavs need from him against any team in the league, including the Warriors. If he needs to get others involved, James can easily go into ‘facilitator’ mode. If Cleveland desperately needs a basket, James can either go into the low post or drive to the basket.There are myriad ways that LeBron James can beat any number of teams – and now, the Golden State Warriors are about to find out firsthand.

While the Cavaliers lost power forward Kevin Love in the first round against Boston, they’ve also seen reserve big man Tristan Thompson up the level of his play while coming up with a bunch of fine outings this postseason, even if they haven’t gotten the same media attention as those LeBron James or J.R. Smith for that matter. 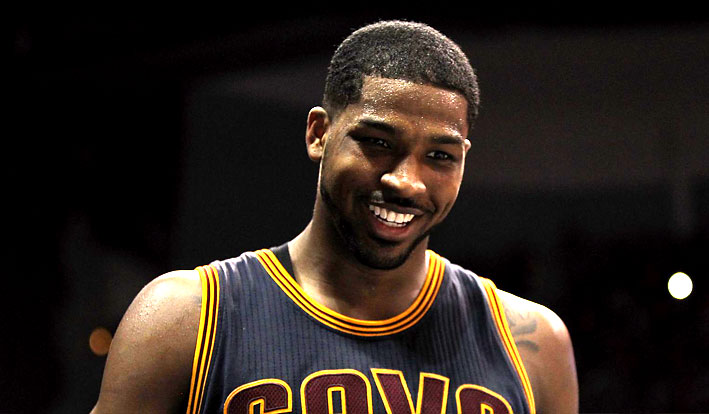 Nevertheless, with Thompson has been rock-solid in grabbing 9.9 boards and scoring 9.1 points per game this postseason.More importantly, Thompson has been an offensive rebounding machine that has helped give his team numerous opportunities at second-chance baskets, with many of them coming in crucial situations.

A lot of people scoffed at Cleveland’s trade deadline addition of former Knicks center Timofey Mozgov, but right now, the veteran center is having the last laugh. 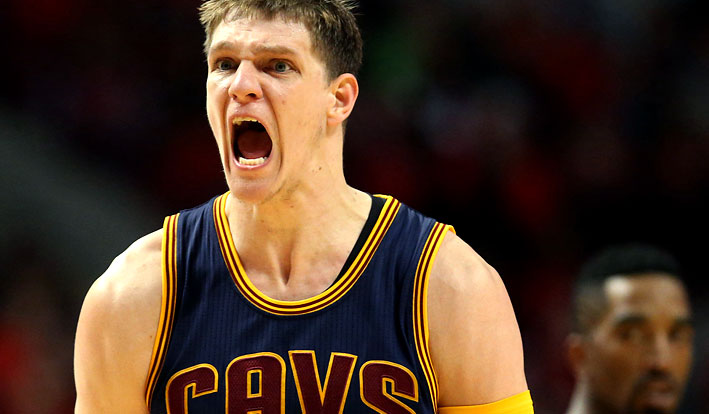 Mozgov has been far better than expected in putting up 9.1 points and 7.2 rebounds per game this postseason in just over 28 minutes of playing time per outing. Mozgov is a solid rim protector and can score the ball a bit better than Golden State’s Andrew Bogut at this stage of their careers. Mozgov reached double figures in scoring in three of his last four games and I believe that if he can play Bogut to a standstill and play some above average interior defense, it’s a win for the Cavs in the middle.

Sure, the Golden State Warriors have one of the deepest benches in the game today, but the Cavaliers do have a player that has long been one of the best reserves in the league in veteran shooting guard J.R. Smith. The former Knicks sixth man is averaging a solid 13.5 points per game this postseason though he was suspended for two games for his cheap-shot elbow on Boston Celtics forward Jae Crowder in the first round. Still, Smith has scored 17 points or more in three of his last four games and can provide instant offense and quality perimeter shooting for a Cavs team that certainly needs it. 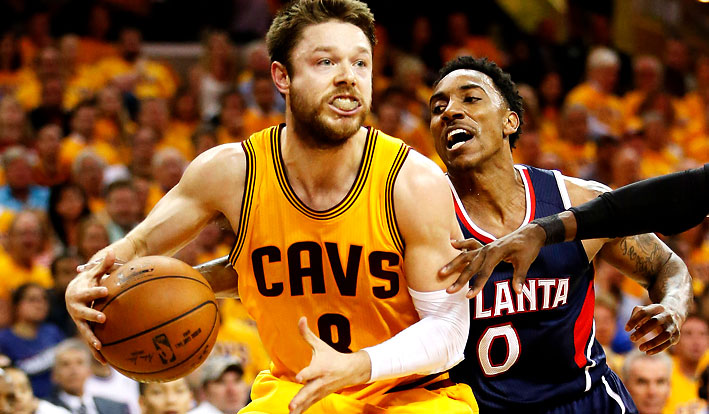 The Cavs will also turn to backup combo guard Matthew Dellavedova and sweet-shooting veteran sniper James Jones to give them quality minutes off the bench against Golden State. Dellavedova is averaging 7.0 points per game in the playoffs and Jones is adding 4.8 points per outing.Unfortunately, no other reserve on the Cavs’ roster averages 2.0 points per game, so the quartet of backups that do play consistent minutes will need to play well. Surprisingly, head coach David Blatt has not managed to find any consistent minutes for veterans Shawn Marion and Kendrick Perkins. 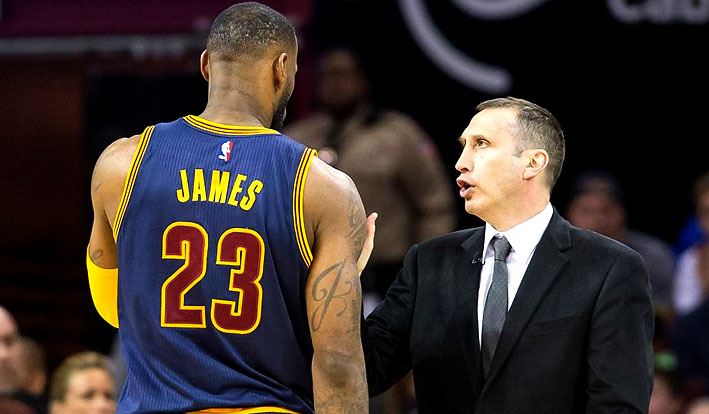 In spite of his flaws, first-year head coach David Blatt has managed to help guide Cleveland to just its second NBA Finals appearance in franchise history. Still, Blatt will have to be at his very best of he’s going to out-coach Warriors head coach Steve Kerr.

Now, let’s take a look at the statistics

The Cavaliers finished the regular season ranked eighth in scoring (103.1 ppg) and eighth in field goal shooting percentage (45.8) while also finishing fifth in three-point shooting percentage (36.7). The bad news is that the Cavs also ranked an uninspiring 18th in both, free throw shooting and rebounding (43.0).Cleveland allowed 98.7 points per game defensively (13th) and finished a mediocre 20th in field goal shooting defense (45.6). The Cavs also finished the regular season ranked ninth in three-point field goal defense and 12th in free throw shooting percentage.On paper, the Cavaliers would appear to be overmatched against the young and hungry Golden State Warriors, but with LeBron James on their roster, I say nothing is out of the question!

By the Betting Numbers