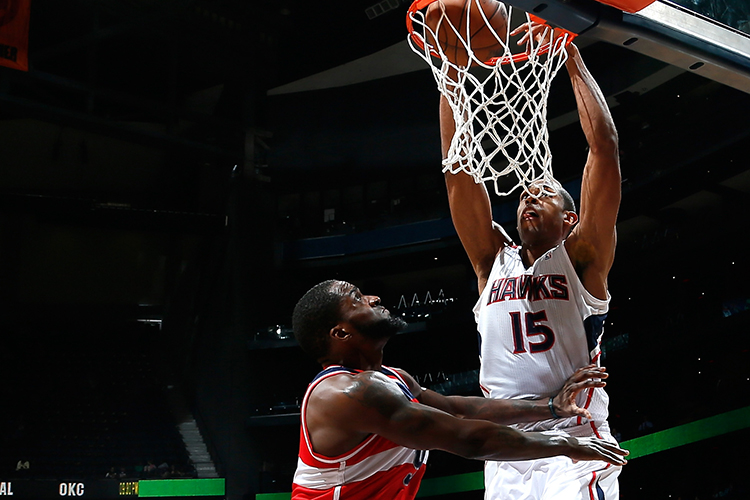 NBA News and Rumors
The top-seeded Atlanta Hawks will look to bounce back from their Game 1 loss against the surprising Washington Wizards and even their Eastern Conference semifinals showdown at one game apiece when they square off at the Philips Arena. Doing so however, might be a lot tougher than anyone expected seeing as how the red-hot Wizards have been playing since the start of this season’s playoffs. Let’s take a look at tonight’s matchup before I offer up my free expert pick.

When: 8:00 PM  ET, Tuesday, May 5, 2015 Where: Philips Arena, Atlanta, Georgia TV: TNT NBA Odds: Atlanta -6.5 Over/Under: 198.5 Analysis: Fifth-seeded Washington (51-36 SU, 38-46-3 ATS) jumped al over Atlanta (64-25 SU, 52-35-2 ATS) on Monday night en route to a convincing 104-98 win as a 5.5-point road underdog in Game 1. The Wizards got a game-high 28 points from shooting guard Bradley Beal and 18 points and 13 assists from point guard John Wall. Veteran forward Paul Pierce commented on his team’s Game 1 win afterward. “You’re the hunted, you’re a 60-win team, the No. 1 team in the East,” Pierce told reporters in reference to the Hawks. “That’s what it is. The pressure is all on you now.” Atlanta got a team-high 24 points from forward DeMarre Carroll and placed all five starters in double figures in scoring, but the Hawks also held to just 37.8 percent shooting from the field while committing 11 turnovers to Washington’s six. Atlanta shot a season-low 25 percent from the field in the second half. “Mistakes everywhere,” veteran power forward Paul Millsap told reporters afterward. “Against a team like this in the second round of the playoffs, you’ve got to be at it for 48 minutes.” 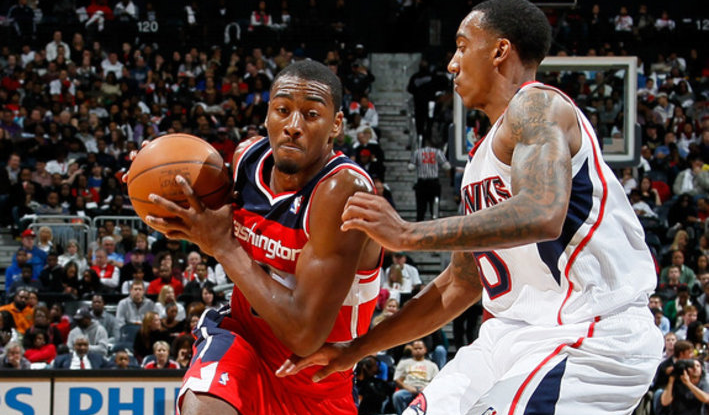 Beal scored a career playoff high, but rolled his ankle in the second half. Nevertheless, he remained optimistic about his team’s chances. “We have a different approach. Last year, we were just happy to be in the playoffs and we were happy we moved on,” Beal told reporters. “We didn’t really have any high goals after the first round. This year we expect more out of ourselves. We expect to get past the second round.” DeMarre Carroll’s 24-point outing helped him to become the first Hawks’ player since Dominique Wilkins (1989) to score 20 or more points in five consecutive playoff games.

Unfortunately, Paul Millsap shot a dismal 6-of-17 from the field while center Al Horford shot an equally-discouraging 7-of-19 from the field. Prediction: I’ll get right to the point by saying that I like the streaking Washington Wizards to cover the spread in another nail-biter tonight, though I also expect a much better performance out of the Atlanta Hawks as well. The bottom line for me is that this version of the Wizards is the one I expected to see for the majority of the regular season. While Washington largely underperformed in my estimation, I think they’re definitely on the right track now. Washington has talent at every position on the floor and clearly have adopted a new, braver, mentality that admittedly been bestowed upon them by championship-winning forward Paul Pierce. 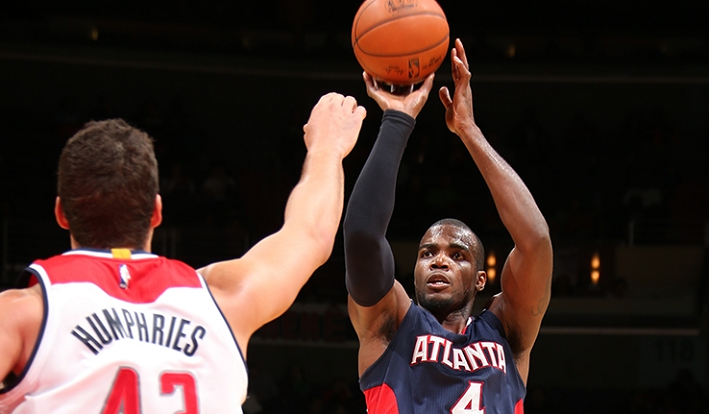