NCAA Basketball Betting News
College basketball enthusiasts everywhere will be treated to what promises to be a thrilling NCAAB betting affair when the second-seeded Arizona Wildcats take on the top-seeded Wisconsin Badgers in their Elite Eight affair on Saturday.Thanks to this expert college hardwood betting breakdown on the matchup, you’re going to find out just which team is going to cash in.No. 2 Arizona vs. No. 1 WisconsinWhen: 6:09 PM ET, Saturday, March 28, 2015Where: Staples Center, Los Angeles, CaliforniaOdds: Wisconsin -1.5Over/Under: 133.5

Arizona man-handled Xavier on Thursday night to win 68-60, though the Wildcats narrowly failed to cover the spread as a 10.5-point favorite. 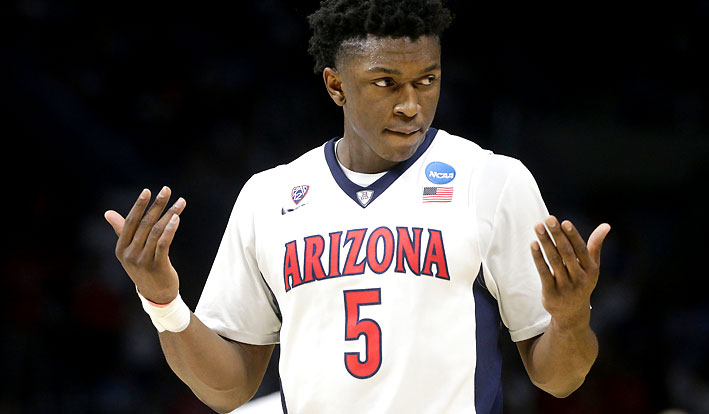 Point guard T.J. McConnell put on another fine performance to lead Arizona to victory. The heady floor leader scored a team-high 17 points while grabbing an impressive seven rebounds and adding five assists.Arizona also got a dozen points apiece from lead scorer Stanley Johnson and forward Kaleb Tarczewski while limiting Xavier to 3-for-17 shooting from beyond the arc.The Wildcats have won a whopping 14 consecutive games heading into the Elite Eight but has alternated ATS wins and losses over their last six games.Arizona averages a stellar 76.6 points per game (22nd) on an incendiary 48.6 percent shooting mark (8th) while limiting their opponents to just 59.0 points per game to rank 14th in the nation.

Wisconsin was mostly masterful in dispatching North Carolina 79-72 in an entertaining Sweet 16 showdown on Thursday while narrowly covering the March Madness betting line as a 6-point favorite.The Badgers got a team-high 23 points and 10 rebounds from sweet-shooting forward Sam Dekker while superstar big man Frank ‘The Tank’ Kaminsky added 19 points and eight boards. Wisconsin made 20 of 23 free throw attempts with Kaminsky going 8-for-8 from the charity stripe and Dekker nailing his only two attempts. 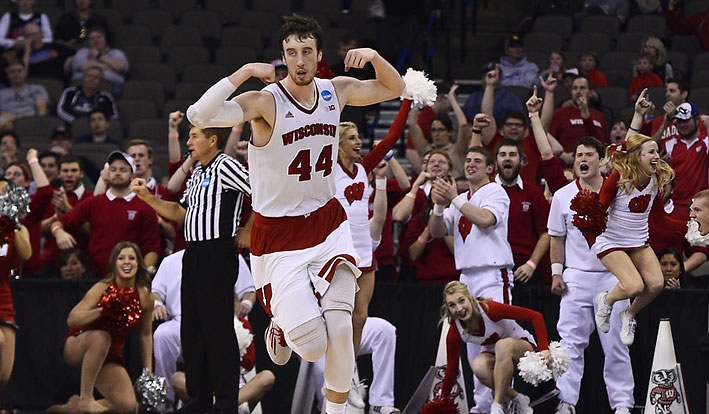 The Badgers have won nine straight games and snapped a three-game ATS skid to improve to 3-2 ATS over their last five games.Wisconsin averages a respectable 72.5 points per game (55th) and doubles as one of the best defensive teams in the country as well, limiting their opponents to just 57.2 points per game defensively (10th).

While I’ve been really impressed with the Arizona Wildcats so far, I just don’t se them taking down a Wisconsin ballclub that is more mature and more experienced and will have the best player on the floor in forward Frank Kaminsky.

Arizona has a slew of high-flying athletic players like superstar freshman forward Stanley Johnson that can put the ball in the hole in a variety of ways, but Wisconsin has the multi-faceted Kaminsky and another likely NBA performer in the blossoming Sam Dekker.Both teams have rock-steady backcourts and both have outstanding head coaches. In the end, this contest really boils down to whom you like…the more athletic, but less experienced Arizona Wildcats or the ‘Cool Hand Luke’ Wisconsin Badgers and their collection of sweet-shooters and superstar big man Frank Kaminsky. 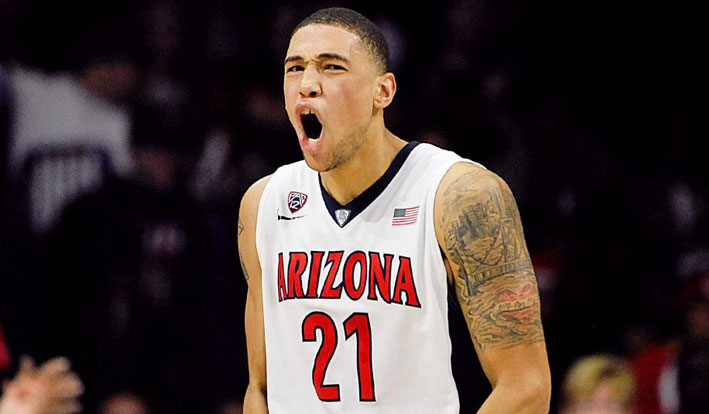