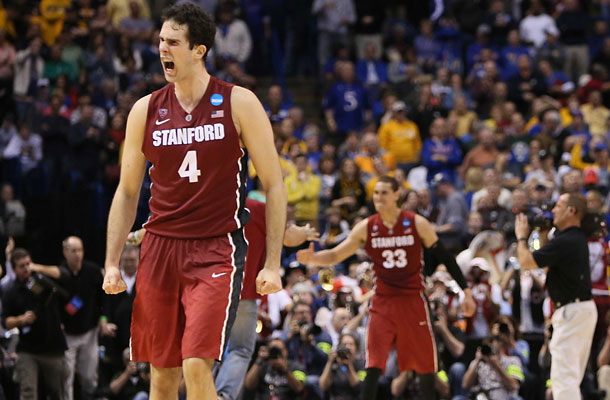 NCAA Basketball Betting News
There is something of a log jam atop the Pac-12 standings, with no less than 3 different teams (Arizona wildcats, Utah Utes, and Stanford Cardinal) all holding a 4-1 conference record. Things are sure to look a little different for all Pac-12 foes on Friday morning, as Arizona travels to Stanford on Thursday night for a conference game that could shake things up in the NCAA Basketball online betting world.

The Wildcats are currently ranked #7 in the country with a 16-2 record, but both of those losses have come during their last 6 outings. They kept it close in both games, but it is the 58-56 loss to Oregon State that is sure to sting the most. They have recovered well from that loss to win 2 in a row, including a very big win over #8 ranked Utah over the weekend. Freshman Stanley Johnson has been leading the charge for Arizona this season, and is leading the team in scoring (14.6 PPG) and rebounding (6.8). Brandon Ashley has also been doing his part, with average scoring in the double digits. On the other hand, the Stanford Cardinal have responded well after a 81-86 loss to UCLA in double OT earlier in the month, scoring three straight wins against the USC Trojans, California Golden Bears and Connecticut Huskies. The string of victories came in large part to their great defensive play, which gave up just 59 points in each of their last two games. Senior Chasson Randle has been lighting it up on offense this year, averaging close to 20 PPG, and putting up 32 points in that loss to UCLA. Stanford are getting some great production out of another senior, as Anthony Brown is chipping in 15.4 PPG. A win for Stanford in this one would likely see them into the top 25 in the AP Poll, as they are currently at 25 in the coach’s poll.

My Writter’s Prediction and Pick

There are a number of intriguing match-ups to be found on Thursday night, and this one ranks right up there with them. I expect this one to be relatively close, but I do believe that Arizona will find a way to win coming down the stretch. My NCAAB bet is on the Wildcats to win by a margin of 5-10 points.
Older post
Newer post